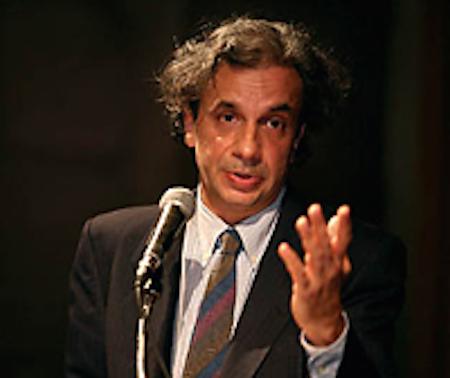 Akeel Bilgrami got a first degree in English Literature from Bombay University but defected to philosophy because he found the former too hard. He went to Oxford University as a Rhodes Scholar and there got another Bachelor's degree in Philosophy, Politics, and Economics. He has a Ph.D. from the University of Chicago, after writing a dissertation, "Meaning as Invariance," on the subject of the indeterminacy of translation and issues concerning realism and linguistic meaning. He joined the Department in 1985 after spending two years as an Assistant Professor at the University of Michigan, Ann Arbor.

Professor Bilgrami has two relatively independent sets of intellectual interests--in the Philosophy of Mind and Language, and in Political Philosophy and Moral Psychology especially as they surface in politics, political economy, history, and culture.

In the former, he has published a book in 1992 called Belief and Meaning (Blackwell) and another book published in 2006 called Self Knowledge and Resentment (Harvard University Press). He is presently working on a book on the relations between agency and practical reason.

His book Secularism, Identity, and Enchantment was published by Harvard University Press in 2014.  He is contracted to publish two small books in the very near future, one called What is a Muslim? (Princeton University Press) and another on Gandhi's philosophy, situating Gandhi's thought in seventeenth century dissent in England and Europe and more broadly within the Radical Enlightenment and the radical strand in the Romantic tradition (Columbia University Press). He is also the editor of the books Democratic Culture (2011), Who’s Afraid of Academic Freedom? – with Jonathan Cole (2014), Marx, Gandhi, and Modernity (2014), and Beyond the Secular West (2016).

He teaches courses and seminars regularly in the department on Philosophy of Mind and Language as well as Moral Psychology, Meta-Ethics, and Political Philosophy; he also teaches seminars in the Committee on Global Thought, the Religion Department, and in Political Science, on politics and rationality as well as on a range of issues from questions of secularism and identity to the effects of globalization on politics and political thought.