Architecture at the Amman Center is based in Studio-X Amman, which operates as a regional platform for conversations and research in architecture, focusing on questions of access, migration, representation, memory, and citizenship in the Arab region. Through partnerships with institutions and individuals on overlapping areas of interest or concern, Studio-X Amman’s projects invite audiences and collaborators to join Columbia’s faculty and students and other partners from around the world for programming and research initiatives. The activities, which include lectures, symposia, screenings, workshops, and seminars, have become recognized occasions for students, architects, designers, artists, and researchers to come together to exchange knowledge and ideas, and for new collaborative projects to emerge. Operating from Columbia Global Centers | Amman, Studio-X Amman has continued to expand and build upon ongoing projects. 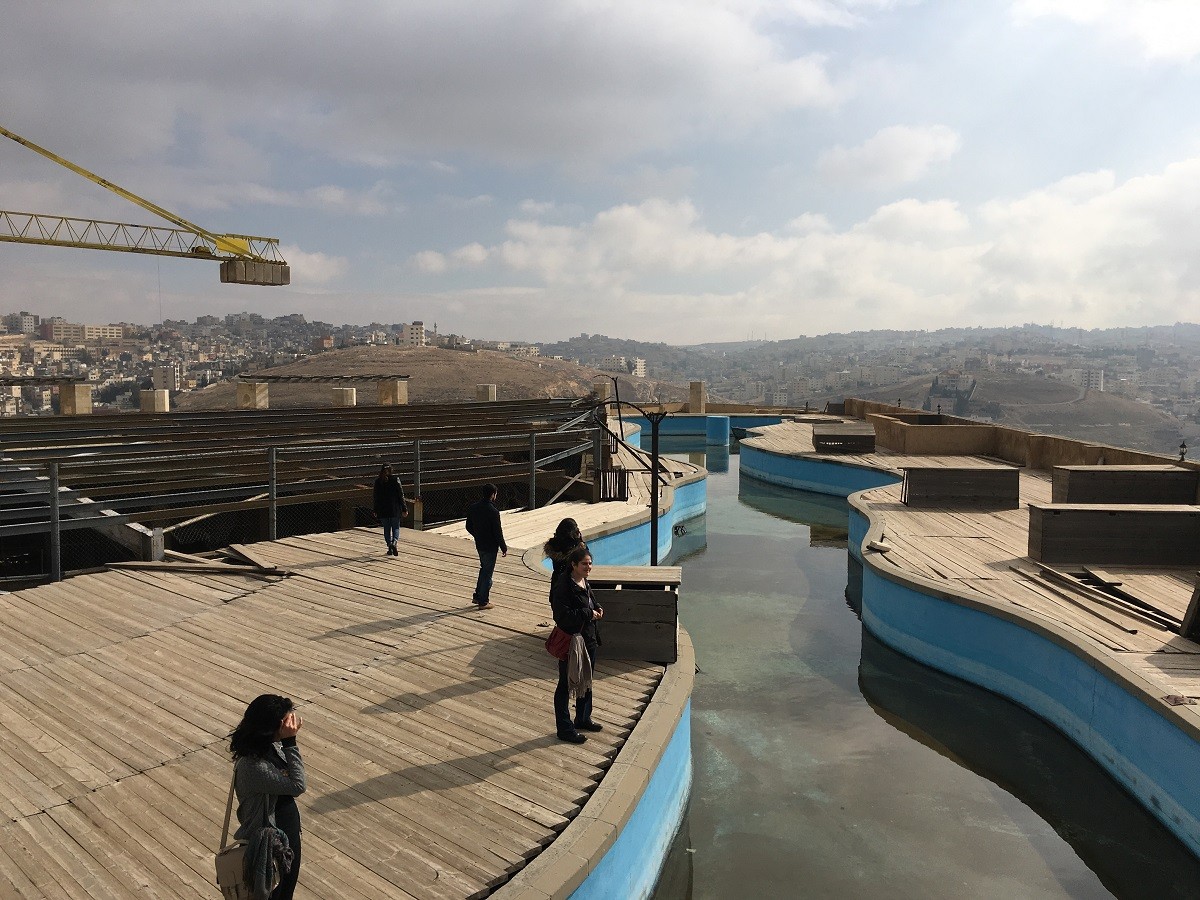 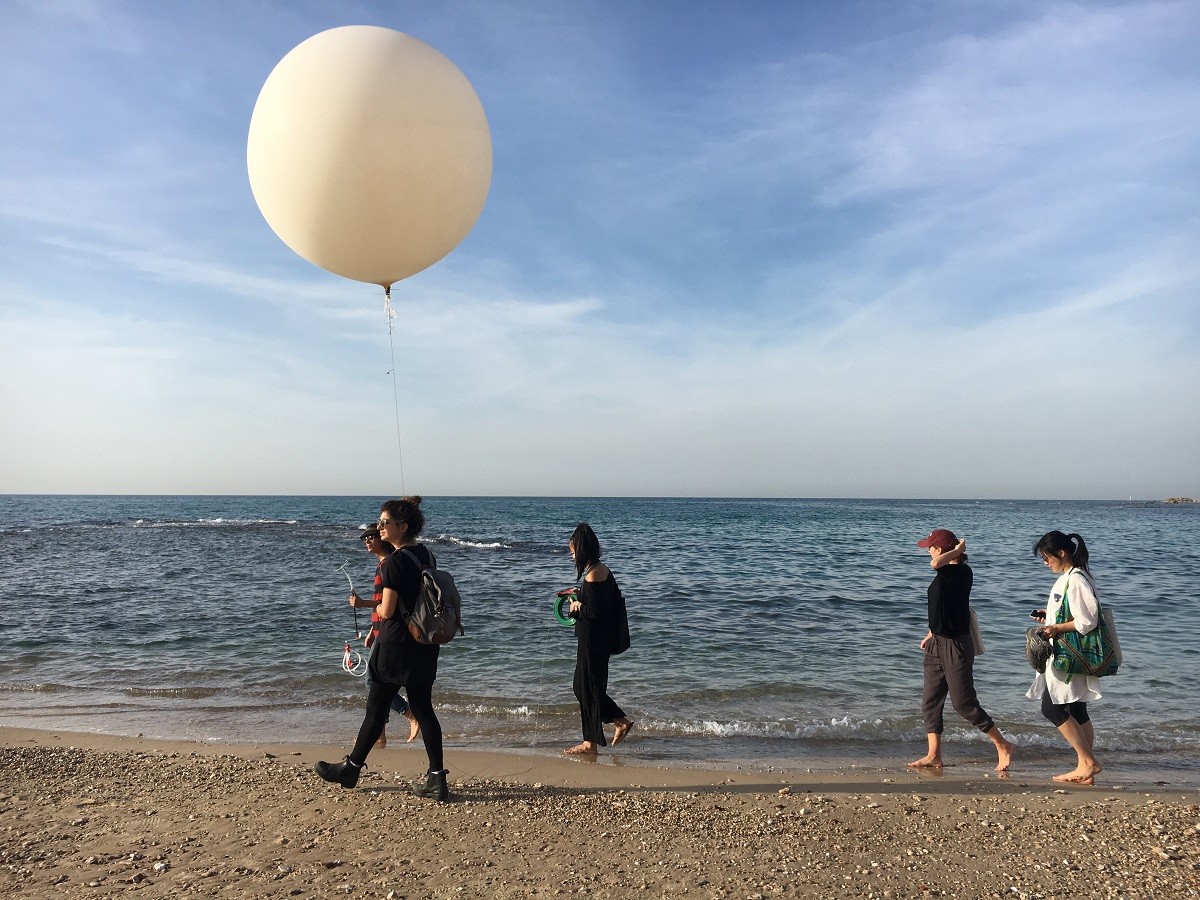 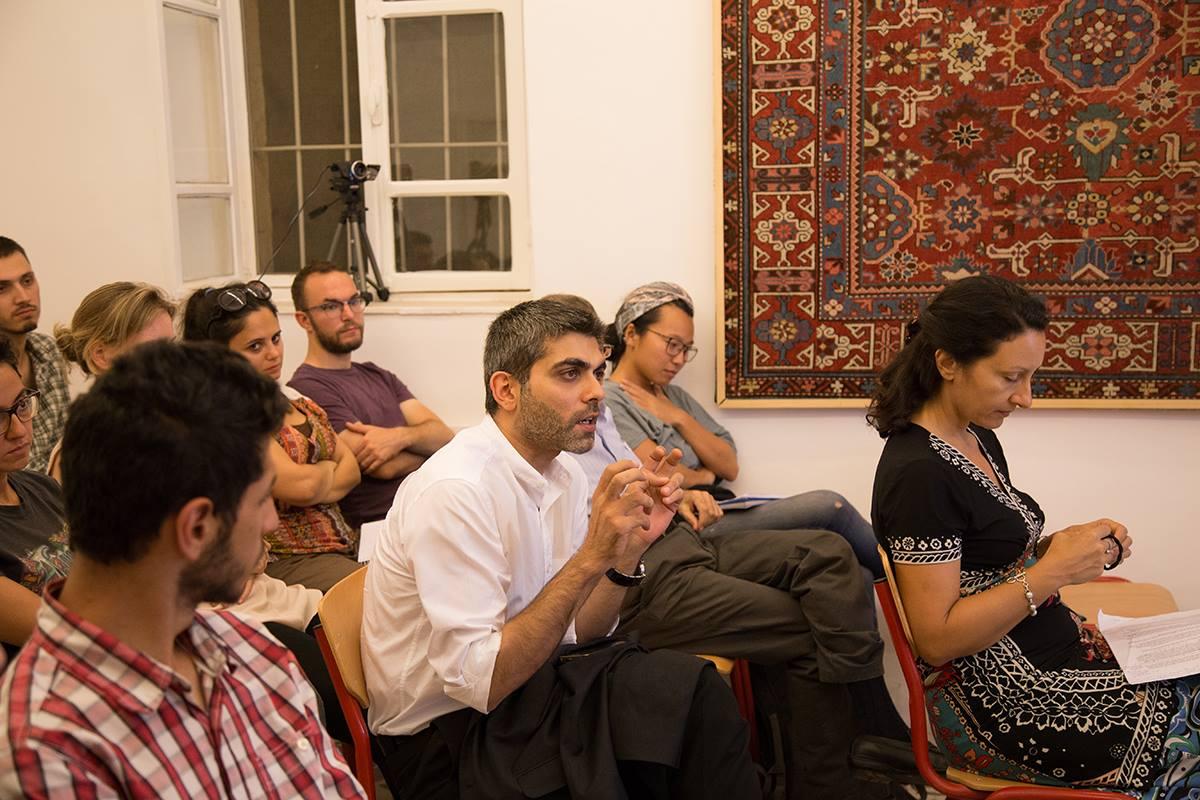 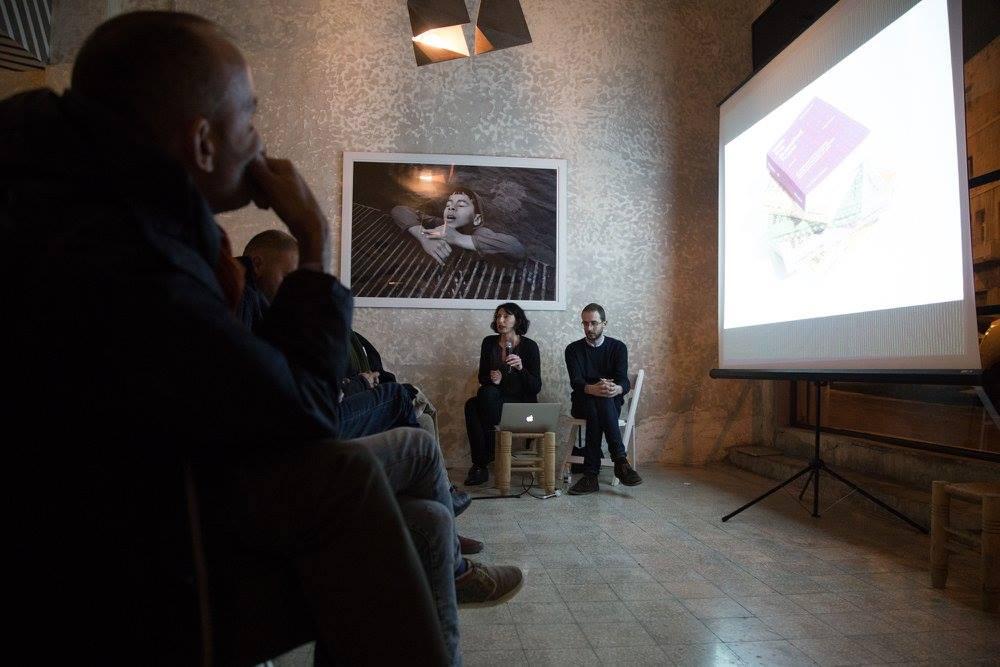 Studio-X Amman expanded initiatives and programs around the Janet Abu-Lughod Library, generously donated by Lila Abu-Lughod, Joseph L. Buttenwieser Professor of Social Science at Columbia University, and her family. The fourth Janet Abu-Lughod Library Seminar was held in partnership with the Sijal Institute for Language and Culture. Participants reflected on the temporality, vulnerability, and exploitation of lives on a construction site. Questioning the frameworks and sources of “third world architecture” history, the seminar experimented with and produced the contents of Superheat, the first issue of an annual publication. While the intensifying heat warms up construction sites and their materials, the stories of the lives on these sites survive as they happen within a bearable substructure.

This online series of webinars run by Columbia Global Centers | Amman and Studio-X Amman examined the ways in which the pandemic has further exposed and aggravated nations’ urban challenges including inequality, urban density, lack of adequate physical and social infrastructure, access to affordable housing, as well as environmental health risk. Conversations brought together experts to discuss what is required to avert the indirect socio-cultural impact that may result when urban life is interrupted; what city recovery strategies centred on inclusive and sustainable models are needed to address such challenges; and what are the lessons learnt from previous work on urban resilience in terms of digitalization, mobility, density, urban design, collaborative governance, and action oriented guidance to build back better cities. The series was organized in partnership with Columbia’s Global Centers in Istanbul and Tunis.

Contemporary Amman and the Right to the City

Despite the growing power of nationalist politics and of neoliberal agendas in shaping the urban trajectory of the city of Amman, the simultaneous rise of its residents associations, youth initiatives, and codified everyday practices of resistance have allowed inhabitants to reshape their physical and conceptual interactions within the city, and to practice alternatives imaginaries for shared livelihoods. At an important historical juncture, and fifty years since the publishing of Henri Lefebvre’s seminal text in 1968, this conference sought to reposition the notion of the right to the city in relation to the particularities of Amman within the context of a global movement toward localized urban projects of direct democracy.

Three interrelated themes were presented through which the right to the city can be understood, articulated, or negotiated. These included urban policies and governance, social fabric and urban practices, and housing, access, and speculative growth. A book project that draws on and extends the conversation was published following the conference.

The conference was organized in partnership with Studio-X Amman and the French Institute for the Near East (Ifpo).

We had the pleasure to talk with professor Pedro Rivera. His work flows between design and research, with concentration in the relations among architecture, art and urban inequality.

Call For Papers: Contemporary Amman and the Right to the City

This conference aims to present three interrelated themes through which the right to the city can be understood, articulated or negotiated. These themes include Urban Policies and Governance; Social Fabric and Urban Practices; and Living in Amman: Housing, Access, and Speculative Growth.

Led by Khaled Malas and taking place over the course of eight meetings, a group of applicants viewed the encounter with Qusayr ’Amra as a singular lens into the continuities and distinctions associated with contemporary understandings of the first centuries of Islamicate space-making and visual culture.

Provost John H. Coatsworth has announced the fifth round of grants from the President’s Global Innovation Fund (PGIF) on June 1, 2017. 11 projects received awards this year after being selected by a review committee of senior faculty drawn from both the Morningside and medical campuses.

Exploring a Region in Transition as Change Sweeps the Middle East

Historic waves of migration, unprecedented digital activism, challenges to religious pluralism: amid all of these developments in the Middle East, Columbia Global Centers – Columbia University’s network of eight education and learning centers around the world – are exploring the implications of these changes on culture, health and safety, and politics in the region.

Redefining a University’s Role for a World in Crisis

NEW YORK, Sept. 13, 2016 /PRNewswire/ -- "With civil conflict, terrorist threats, and major health crises causing unprecedented disruption in communities all over the world, universities must step up to a new level of globalism in our outlook and in our activities," says Professor Safwan M. Masri, Executive Vice President for Global Centers and Global Development at Columbia University.

In March 2016, Studio-X Amman, in partnership with Sijal Institute for Arabic Language and Culture, launched the Janet Abu-Lughod Library seminar, a series of meetings led by Zachary Sheldon, doctoral student in Socio-Cultural and Linguistic Anthropology at the University of Chicago, and Fulbright Research Fellow in Amman.

Book Launch of The Arab City: Architecture and Representation

Like You’ve Never Been There: Cinema and the Memory of Cities

On June 9-12, architects and filmmakers gathered at the King Ghazi Hotel in downtown Amman for a program of film screenings and conversations on cinema, cities, counter-narratives, and subjectivity.

Results for the fourth President’s Global Innovation Fund (PGIF) round this year were announced on May 6, 2016.

Columbia and New York University may both lead the pack when it comes to developing a presence abroad, but they have markedly distinct ideologies that have informed their global campus footprints.

The New York-Paris Students: From Paper Models to Ceramic Constructions

The 29 students in this year’s GSAPP New York-Paris Program have undergone an impressive transformation, the results of which were apparent to all present at Columbia Global Centers | Paris in May during their Intensif Workshop.

Shaping the Future of Construction: A discussion with Ibrahim Odeh and Roger Bayliss

Contemporary Amman and the Right to the City Conference - November 3-5, 2018

Algiers, Theater of Conflict and Desire