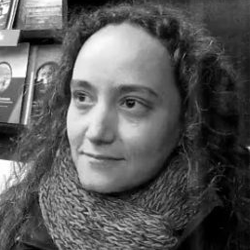 Andrea is the Publisher and Editor of Un Día en la Vida, a producer of journalistic content. Previously, she was Director of the Research and Publishing Center at the Diego Portales’ University in Chile, where she manages a catalog of investigative journalism books. Along with Javier Ortega, Andrea is co-author of Bachelet. La historia no oficial (2005), Legionarios de Cristo en Chile. Dios, dinero y poder (2008) and co-editor of Los archivos del cardenal. Casos reales I (2011) and Los archivos del cardenal. Casos reales II (2014). She is also co-author of El mejor periodismo chileno (2009) and Volver a los 17. Recuerdos de una generación en dictadura (2013). Andrea graduated from Universidad de Chile in 1998, where she studied journalism. She worked at La Nación and La Época, and from 1999 to 2003 was a staff writer at La Tercera, where she also worked as assistant editor of politics and of the Sunday magazine Reportajes. Since 2004, she has been a member of an investigative reporting unit at Universidad Diego Portales’ School of Journalism, where she is an Associate Professor. She is one of the founders and editors of chatbot LaBot. She holds an MA in Journalism from Columbia University.