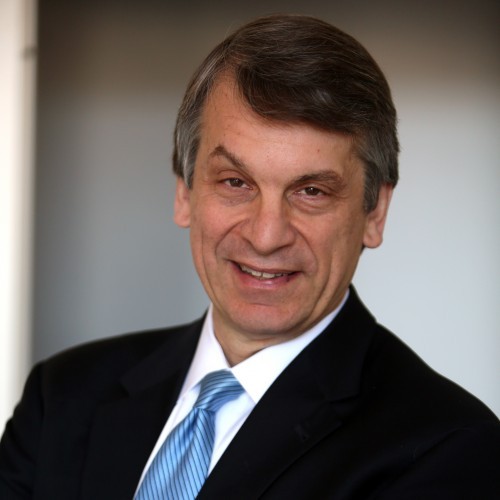 David B. Sandalow
Senior Research Scholar in the Faculty of International and Public Affairs

David Sandalow is the Inaugural Fellow at Columbia University’s Center on Global Energy Policy.  He launched and directs the Center’s work on China and has written, most recently, on topics including renewable energy finance, energy diplomacy and carbon dioxide utilization.

Mr. Sandalow has served in senior positions at the White House, State Department and U.S. Department of Energy.  He came to Columbia from the U.S. Department of Energy, where he served as Under Secretary of Energy (acting) and Assistant Secretary for Policy & International Affairs.  Prior to serving at DOE, Mr. Sandalow was a Senior Fellow at the Brookings Institution, as well as Energy & Climate Change Working Group Chair at the Clinton Global Initiative.  He has served as Assistant Secretary of State for Oceans, Environment & Science and a Senior Director on the National Security Council staff.

Mr. Sandalow holds an appointment as a Senior Research Fellow at the Center for Strategy & Policy at Tsinghua University.  He serves on the Board of Directors of ReNew Power, India’s leading renewable energy developer, and as an advisor to a number of companies.  Mr. Sandalow is a member of the Steering Committee of the Innovation for Cool Earth Forum and chairs the ICEF Innovation Roadmap Project.  He is a member of the Selection Committee of the Zayed Future Energy Prize, University of Michigan Energy Institute’s Advisory Board, the Electric Drive Transport Association’s “Hall of Fame” and the Council on Foreign Relations.  He is a graduate of the University of Michigan Law School and Yale College.