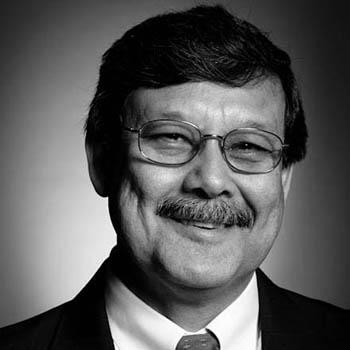 Sotomayor began his career at Columbia as Director of Career Services in February 2005, overseeing career counseling, assisting students them in finding opportunities such as internships, fellowships and full-time employment in print, broadcast and online media fields.

He was an adjunct professor in Digital Media Newsroom, teaching students how to use multimedia elements such as video, audio slideshows and Flash graphics to accompany their text stories. He oversees the Journalism School’s Summer Investigative Reporting Course in New York and works to develop other training and programming throughout Latin America.

Sotomayor began his career as a reporter at the El Paso (Texas) Herald-Post in 1976, and in 1979 joined the Dallas Times Herald, where he worked as a reporter and editor. At the Times Herald, he managed a yearlong project in 1987 covering the immigration amnesty program, winning state and national prizes, including the SDX-SPJ's National Gold Medal for Public Service. Ernest joined New York Newsday in 1989 and was Brooklyn/Queens Editor. He later was deputy business editor and Long Island editor for Newsday.com. He was among the editing staffs at New York Newsday that assisted in covering the New York City subway crash in 1991 and with Newsday Long Island in covering the crash of TWA Flight 800 off Long Island in 1996. Both won staff Pulitzer Prizes for Spot News coverage.

He served as president of UNITY: Journalists of Color, Inc., and presided over its third national convention in August 2004 in Washington, the largest journalists convention ever held with 8,300 attendees. A former vice president of the National Association of Hispanic Journalists, he was inducted to the organization's national Hall of Fame in 2011.

Ernest is a graduate of the University of Arizona with a bachelor's degree in journalism.