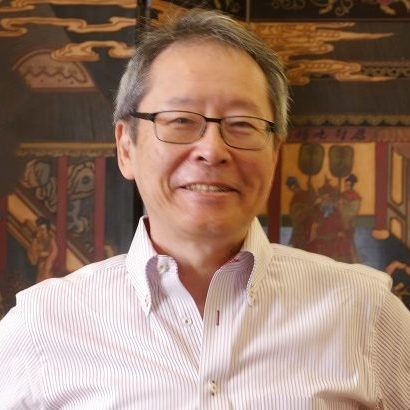 Haruo Shirane
Shincho Professor of Japanese Literature; Vice Chair of the Department of East Asian Languages and Cultures; and Faculty Director of the Donald Keene Center

Haruo Shirane, Shincho Professor of Japanese Literature and Culture and chair of the Department of East Asian Languages and Cultures at Columbia University, teaches and writes on premodern and early modern Japanese literature and culture, with particular interest in prose fiction, poetry, performative genres (such as storytelling and theater), and visual culture. He is finishing a book called Media, Performance, and Play: Japanese Culture from Outside In, which focuses on the role of manuscript culture, media, vocality, and performance, viewing cultural processes from the social periphery. Japan and the Culture of the Four Seasons (Columbia University Press, 2012) explored the cultural constructions of nature across a wide spectrum of literature, media, and visual arts from the ancient period to the modern. Most recently, he has coedited Monsters, Animals, and Other Worlds: A Collection of Short Medieval Tales (Columbia University Press, 2018); Reading The Tale of Genji: The First Millennium(Columbia University Press, 2015); and Cambridge History of Japanese Literature (Cambridge University Press, 2015).

Haruo Shirane has been engaged in bringing new approaches to the study of Japanese literary culture. This has resulted in Japanese Literature and Literary Theory (Nihon bungaku kara no hihyo riron, Kasama shoin, 2009, edited with Fujii Sadakazu and Matsui Kenji) and New Horizons in Japanese Literary Studies (Bensei Publishing, 2009), both of which explore new issues and methodologies in the study of print and literary culture. He also edited Food in Japanese Literature (Shibundo, 2008), Overseas Studies on The Tale of Genji (Ofu, 2008) and Envisioning The Tale of Genji: Media, Gender, and Cultural Production (Columbia University Press, 2008). The latter two books analyze the impact of The Tale of Genji on Japanese cultural history in multiple genres and historical periods.

He is also deeply involved with the history of Japanese language and pedagogical needs and have written Classical Japanese Reader and Essential Dictionary (2007) and Classical Japanese: A Grammar (Columbia University Press, 2005).

Haruo Shirane is the recipient of Fulbright, Japan Foundation, SSRC, NEH, and Hakuhodo grants, and has been awarded the Kadokawa Genyoshi Prize, Ishida Hakyo Prize, and most recently the Ueno Satsuki Memorial prize (2010) for outstanding research on Japanese culture. He is presently the Chair of the Department of East Asian Languages and Cultures.