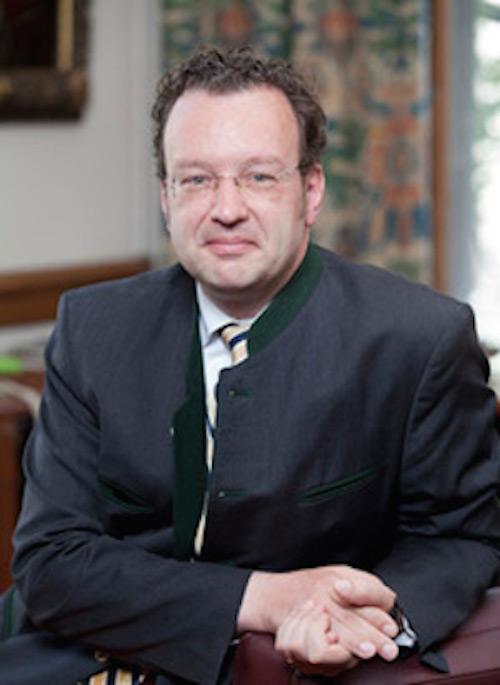 Holger A. Klein was educated in Art History, Early Christian Archaeology, and German Literature at the universities of Freiburg im Breisgau, Munich, London, and Bonn. His research focuses on Late Antique, Early Medieval, and Byzantine art and architecture, more specifically, on the cult of relics, reliquaries, and issues of cultural and artistic exchange.

Professor Klein joined Columbia University as an Assistant Professor in 2000, was promoted to tenured Associate Professor in 2006, and to Professor in 2011. He served as Director of Art Humanities from 2003–04 and 2007–09, Director of Graduate Studies from 2010–12, and as Department Chair from 2012–15. During the 2015–16 academic year, Prof. Klein was Alliance Visiting Professor at the Université Paris I Panthéon-Sorbonne and taught Columbia undergraduates at Reid Hall. He currently serves as Interim Director of the Sakıp Sabancı Center for Turkish Studies.

From 2004–07 he held an appointment as the Robert P. Bergman Curator of Medieval Art at the Cleveland Museum of Art and continued to oversee the reinstallation of the museum's renowned collection of Medieval and Byzantine art until 2010. His work as a curator includes various international loan exhibitions, among them Restoring Byzantium. The Kariye Camii in Istanbul and the Byzantine Institute Restoration (Wallach Art Gallery, 2004), Medieval Treasures from The Cleveland Museum of Art (Bayerisches Nationalmuseum/The J. Paul Getty Museum, 2007–08) and Treasures of Heaven. Saints, Relics and Devotion in Medieval Europe (Cleveland Museum of Art/Walters Art Museum/British Museum, 2010–11).

Professor Klein is the recipient of several awards and prizes, including the 50th annual Mark Van Doren Award for Teaching (2011), which honors a Columbia professor's commitment to undergraduate instruction as well as inspiring leadership; the Lenfest Distinguished Faculty Award (2012), which recognizes unusual merit as a teacher of undergraduate and graduate students as well as outstanding schola