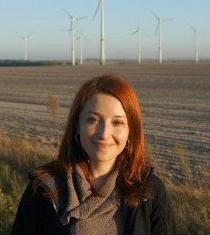 Jenny holds an MPA degree from SIPA in International and Public Affairs with an Environmental Science and Policy concentration. Currently, she serves as head of the Mitigation and Emission Inventories Department at the Division of Climate Change in Chile’s Ministry of the Environment, where she coordinates the elaboration of National Biennial update reports on Climate Change and the implementation plan of Chile’s commitments under the Paris agreement, which aims at reducing GHG emissions in the country. She belongs to the Roster of Experts of the UN Framework Convention on Climate Change (UNFCCC). Her expertise is in GHG emission reductions of public policies, prospective analysis of emission scenarios; measurement, reporting and verification for mitigation actions; among others. She graduated from University of Santiago in 2006, where she studied Geographical Civil Engineering. From 2007 to 2010 she worked on atmospheric pollution issues on the National Environmental Commission (CONAMA). Since 2010 she has been part of the Climate Change Team in the Ministry of Environment which is leading this matter in Chile. She is a former Luksic Fellow.