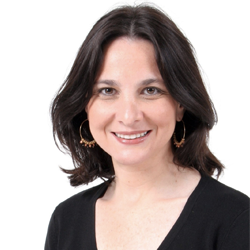 Karen Poniachik has been Director of Columbia Global Centers | Santiago since September 2011. She is also a member of the corporate boards of directors of Jetsmart Airlines and Interchile ISA and serves in the board of the Chilean-American Chamber of Commerce, AmCham Chile.

Poniachik was Chile’s Minister of Mining in 2006-2008, time during which she chaired the boards of directors of state-owned companies Codelco, Enap and Enami. In 2006- 2007 she also served as Minister of Energy. She was Chile’s Special Envoy to the OECD in charge of the country’s accession process to the Organization, which was successfully completed in January of 2010. Previously, she was Executive Vice-President of the Foreign Investment Committee (2000-2006); and Director of Business and Financial Programs at the Council of the Americas in New York (1995-2000).

Karen Poniachik graduated as a journalist from the Universidad Católica de Chile (1987) and holds a Master’s degree in International Affairs from Columbia University in New York (1990).

She is an expert on corporate governance topics, including ESG, how Climate Change should be addressed by boards, and Ethics & Compliance.

She has served in the corporate boards of Metro, Nuevo Pudahuel, Engie (formerly E.CL), British American Tobacco Chile, and Terpel Chile. In addition, she was visiting fellow at the University of Miami’s Center for Hemispheric Policy (for 2010-2011 ac academic year) and adviser to the World Economic Forum’s Mining & Metals Industry Group (March 2008 - May 2010).