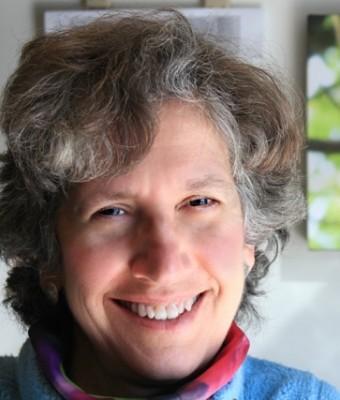 Marina Cords received her B.S. in Biology with honors, magna cum laude, from Yale University in 1978, and her Ph.D. in Zoology from the University of California, Berkeley in 1984. She held a Fogarty International Fellowship at the University of Zürich (Department of Ethology and Wildlife Research) in 1985, and returned to the University of Zürich in 1988-1991 with an H.F. Guggenheim Career Development Award. In 1986 and 1987, she held appointments as research scientist at the University of California Primate Center (Davis), and as lecturer at UC Berkeley (Department of Zoology) and Rutgers University (Department of Zoology and Physiology). Since 1991 she has been on the faculty at Columbia University, where she is now professor in the Department of Ecology, Evolution and Environmental Biology (E3B) and also in the Department of Anthropology. Together with colleagues at CUNY and NYU, as well as the American Museum of Natural History and the Wildlife Conservation Society, she oversees the New York Consortium in Evolutionary Primatology (NYCEP), an NSF-funded consortial doctoral program that links behavioral, ecological, conservation, genetic, and morphological research on primates.

Marina’s major research interests focus around the social behavior, socioecology and mating systems of animals which, like non-human primates, have long lives and good memories – thus those with the potential for forming long-term relationships. She began her doctoral studies in the Kakamega Forest, western Kenya, on two guenon species, and has been conducting fieldwork there ever since. As a post doc, however, she also spent four years conducting behavioral experiments on social conventions and conflict management of captive macaques, and she deeply appreciates both field and laboratory investigation. Currently, her work is field-based, focusing on arboreal blue monkeys, Cercopithecus mitis stuhlmanni, which represent a little known but species-rich branch of the Old World primate family tree. Together with students, her work has also addressed topics related to rain forest ecology and conservation, and has included physiological and genetic investigations that inform an understanding of behavior.

Marina has published many scientific papers and several popular articles, has written one monograph (Mixed-species association of Cercopithecus monkeys in the Kakamega Forest, Kenya. (1986.) Univ. Calif. Pub. Zool.) and co-edited a prize-winning book (with Mary Glenn; 2002, The Guenons: Diversity and Adaptation in African Monkeys). Her research has been supported by various funding organizations, including the National Science Foundation, Leakey, Wenner-Gren, and Rockefeller Foundations, and the American Association for the Advancement of Science.

Marina is a fellow of the American Association for the Advancement of Science. She serves and has served on various editorial boards, NSF review panels, and in multiple capacities within Columbia University, most related to the teaching of science to undergraduates. She was the inaugural chair of the (then) new Department of Ecology, Evolution and Environmental Biology from 2001-2005. She is a regular reviewer for numerous journals and funding agencies. She has also volunteered to teach about tropical forests in New York City public schools. However, her most satisfying service relates to conservation education activities near the Kakamega Forest, Kenya, her field site. There she has worked together with local people to construct three conservation education resource centers and to implement a conservation education program for children and young people.