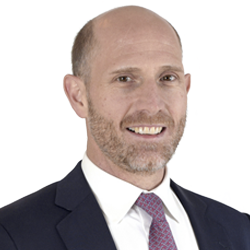 Peter has been Chief of Staff to the Vice Chairman of Banco de Chile, Andrónico Luksic, since 2012.  Prior this role, he worked as an advisor to the Vice Chairman focusing on international affairs, international business development, as well as government and institutional relations.  During his tenure in the bank, Mr. Morse has collaborated extensively on projects with the legal, international financial institutions and investor relations divisions of the bank.  Mr. Morse is secretary of the Board of Directors of Fundación Educacional Oportunidad.  He also is a member of the Columbia University Global Leadership Council, Columbia University World Projects, the David Rockefeller Center for Latin American Studies Consultative Committee and the Executive Committee of the Luksic Center for China-Latin America Management Studies at Tsinghua University. In addition, he is an advisor to the executive board of the Chile-Massachusetts Executive Council and an Alternate Member of the Board of Directors of the Fundación Chilena del Pacífico.Mr. Morse received both his Bachelor’s Degree in English and Master’s of Science Degree in International Business from the University of Colorado.