Masri's scholarly work focuses on understanding the historic, postcolonial dynamics among religion, education, society, and politics. He is the author of Tunisia: An Arab Anomaly (Columbia University Press, 2017), which examines why Tunisia was the only country to emerge from the Arab Spring as a democracy. Masri's writings on education and current affairs have been featured in the Financial Times, Huffington Post, The Hill,  and Times Higher Education. 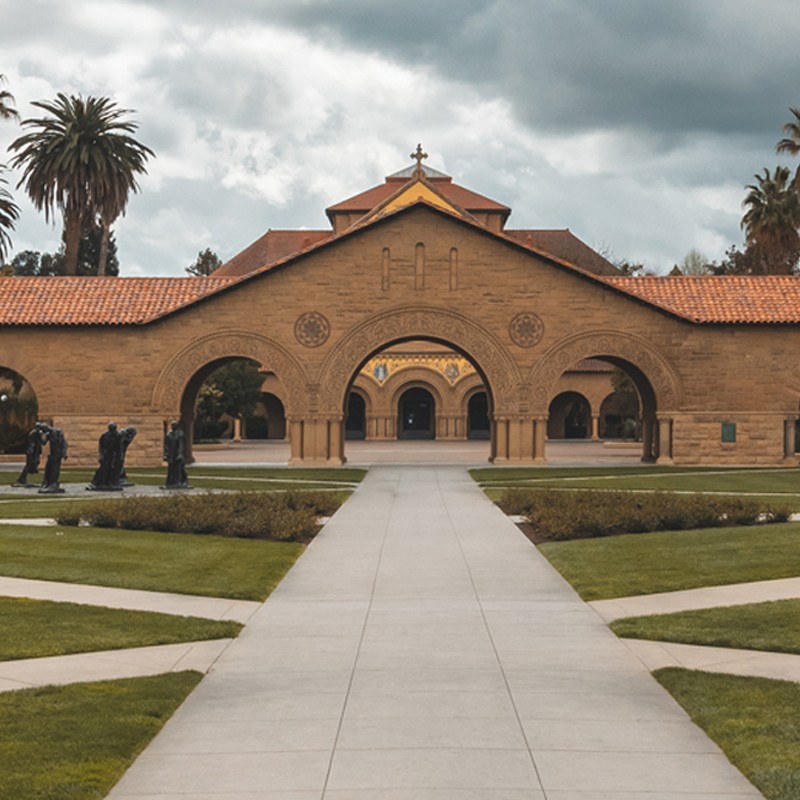 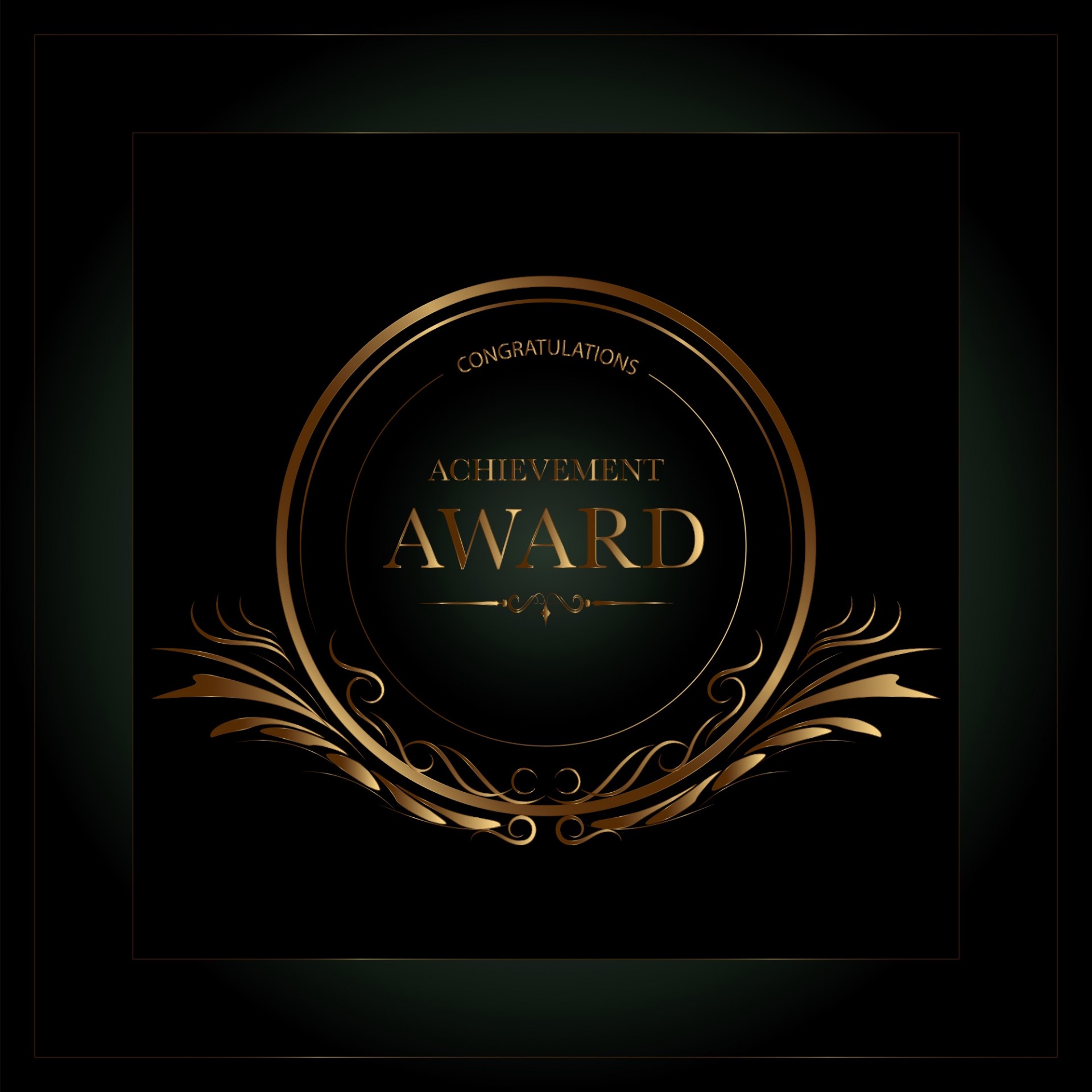 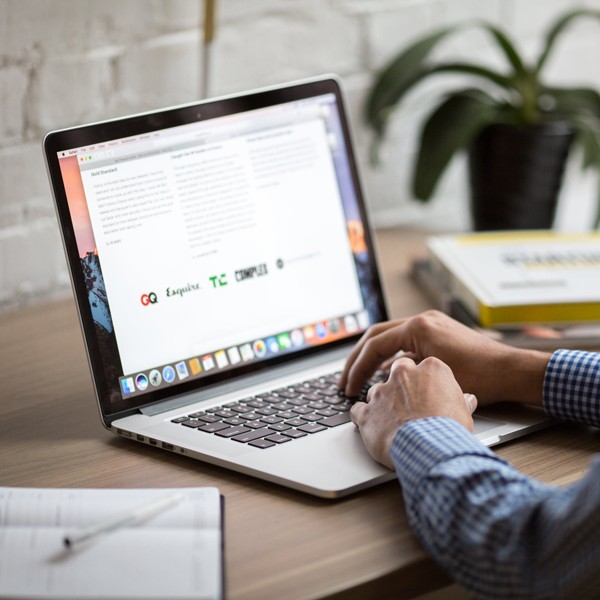 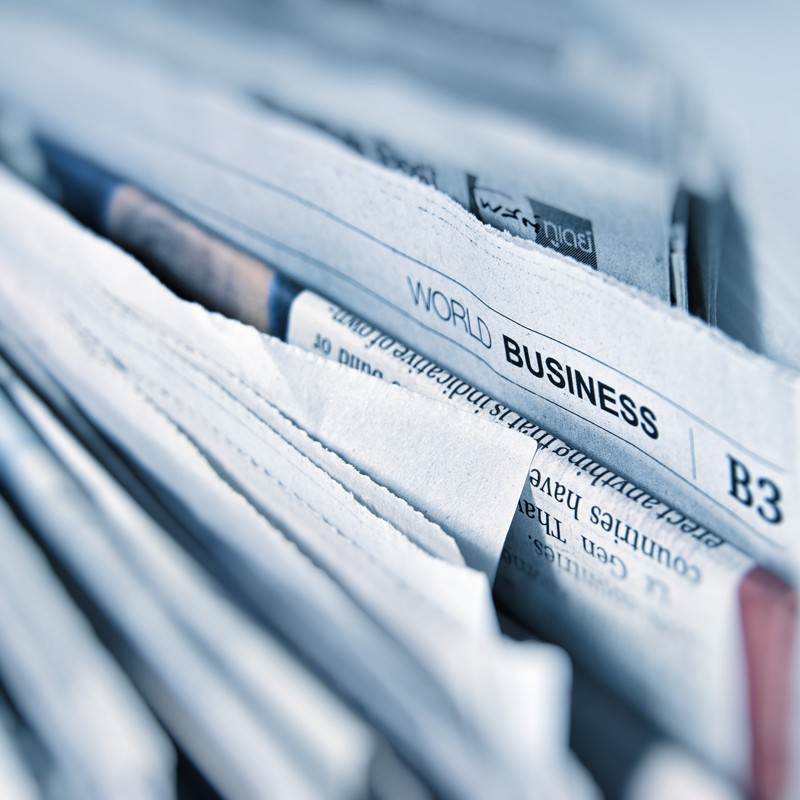 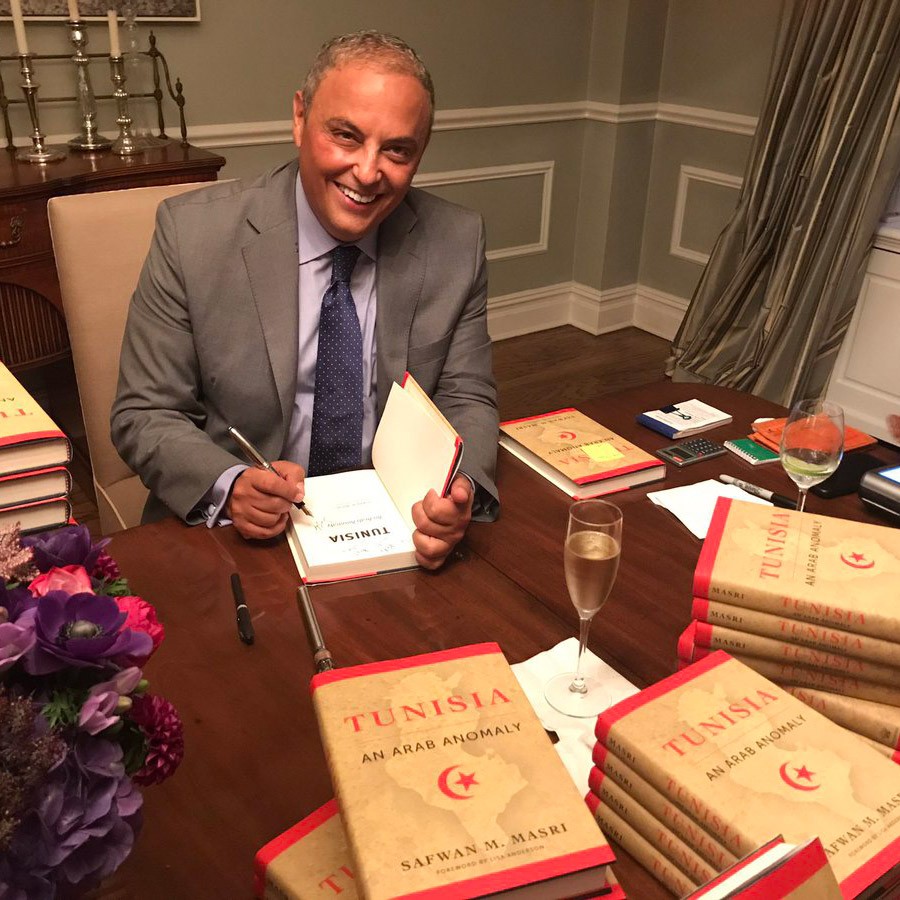 The environment we currently live in underscores the importance of engagement around the world through programming and research activities, and compels us to reinforce our global mission.

Masri joined Columbia University in 1988 as a professor of operations management at Columbia Business School, where he served as vice dean from 1993-2006. Previously, he was a visiting professor at INSEAD, and taught at Stanford University and Santa Clara University.

Masri is a lifetime member of the Council on Foreign Relations, an honorary fellow of the Foreign Policy Association, and a member of the International Advisory Council of the World Congress for Middle Eastern Studies (WOCMES). He serves on the Board of Directors for AMIDEAST and on the Global Advisory Board for the Chazen Institute at Columbia Business School. Masri is also a trustee of International College in Beirut and the Welfare Association (Taawon) in Ramallah, and a director of Endeavor Jordan.

Masri was awarded the 2003 American Service Award from the American-Arab Anti-Discrimination Committee; and the Robert W. Lear Service Award, the Dean's Award for Teaching Excellence in a Core Course, and the Singhvi Professor of the Year for Scholarship in the Classroom Award, all from Columbia University. 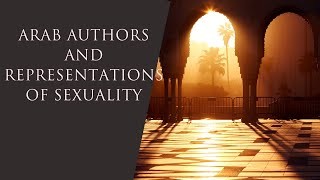 Arab Authors and Representations of Sexuality

Activism, the Arts, and LGBTQ+ Rights in the Middle East and North Africa Region 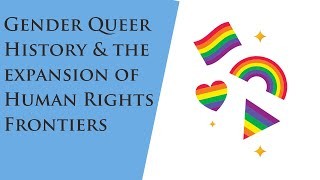 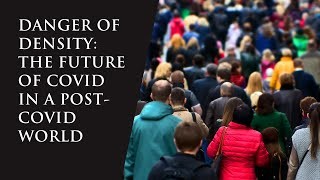 Danger of Density: The Future of Cities and Migration in a Post-COVID World. 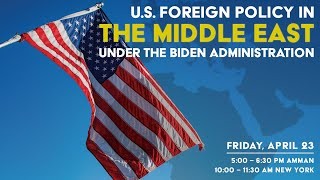 U.S. Foreign Policy in the Middle East under the Biden Administration 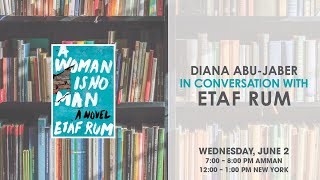 "A Woman is No Man" - Diana Abu-Jaber in conversation with author, Etaf Rum

At their core, the Arab Spring protests aimed to expand political and economic freedom. The movements sought to topple corrupt regimes and increase economic participation. Like similar ground-up liberation movements that preceded them, the Arab Spring protests were vertical in nature: the disenfranchised many at the bottom rose up to confront the privileged and corrupt few at the top.

The past year was not rife with delightful images, but one did capture my attention.  Perhaps many of you saw it, as the story made news around the world. Early on in the pandemic, a young man alone in his apartment saw a woman dancing alone on a rooftop a block or two away. Moved, intrigued, he decided to get in touch. These bare bones of the story are timeless – think of David on the rooftop, spying out Bathsheba – but this is a modern tale. And so what came next, thankfully, was not the king’s men going over to bring the object back to their leader. Instead our New Yorker sent a drone across, with a note inviting her to text him.

This question obviously recalls the book What We Owe to Each Other, written by Harvard philosopher Timothy Scanlon, and popularized by the influential Senegalese ethicist and Sorbonne professor of Moral Philosophy, Chidi Anagonye. Now, I do not typically reference pop culture television characters when introducing scholarly topics, but the series—The Good Place—starring this fictional ethicist, is not a typical program. It essentially addresses the question of how to form a good society in an unfair and unjust universe, where the prevailing order creates anxiety and isolation.  Need we say more for the parallels to today’s world of economic inequality and racial injustice to be made clear? Chidi, tasked with teaching another character in the show how to be a better person, employs Scanlon’s theory of contractualism, which begins with the fact that we are in relationship with others. This sounds obvious, perhaps, but it is actually a radical departure from western thought, which generally starts from a place of extreme individualism. Contractualism posits that a moral society starts with mutual agreements among those who share the world. Actions are wrong if whatever principle permitting the action cannot be justified to those affected—not to those in power, but to those affected. Every person gets a seat at the table.

This webinar is the third in a series that is focused on LGBTQ issues in the Middle East-North Africa region. The series is intended to commemorate Pride Month, which my colleagues and I at Columbia happily extended by an additional seven days.

We have convened a distinguished panel of authors to discuss representations of sexuality—specifically queer sexuality—in contemporary Arab fiction and non-fiction.

This webinar series is part of the Global Columbia Collaboratory, an educational program launched last summer, and designed to give undergraduate students the skills, understanding, and networks to grow into the leaders our world needs–to thoughtfully address our increasingly complex challenges.

A few years back, a peer academic institution offered a course that instantly broke all enrollment records and, apparently, remains the most popular class in that elite school’s 320-year history. “Psychology and the Good Life” has subsequently been made available in massive online forums, indicating—perhaps—that vast numbers of students feel they need to learn how to create better lives. This is not necessarily what one might expect from accomplished young people who have matriculated at prestigious universities and seem the embodiment of success. Yet, as we emerge from the pandemic, this realization appears prescient. It is not enough to prepare only for demanding careers. Fulfillment derives from a balanced life, which we have learned does not happen automatically.

How many times over the centuries have philosophers pronounced that the only way to truly become an educated person is to toss out everything we think we know, and begin again; this time with open eyes?  It isn’t necessary to become an apologist for the pandemic to note that as people who are profoundly invested in the future of education, the past year has given us ample opportunity to reassess our practices and reexamine our assumptions.  It has now been one year since Columbia University transitioned to hybrid and on-line classes, a timeframe that can function as both structure and plot device, like Thoreau at Walden Pond. Now, having cycled through the seasons, we emerge from our experiment in the metaphorical woods, and it is spring in a new world.

As the twentieth century moved towards the twenty-first, after the Soviet Union had collapsed and the “third wave” of democratization had washed over the world, it seemed logical to believe that the authoritarianism that remained in other parts of the world would eventually, and inevitably, implode. In its place, democracy would take root. Not “democracy” defined simply as access to a ballot box, but the entire ecosystem of the ballot, with access to information, choice, systemic check and balances, and a robust civil society.

I am excited about this cross-disciplinary conversation, and its potential to help us creatively address and ameliorate these conditions, for the good of all. To that end, it is my pleasure to introduce three extraordinary scholars and intellectuals, each powerhouses in their respective fields.

When we convened to give structure to today’s discussion, we ended up with a list that ran for more than three pages, of just the questions we wanted to address. Obviously, we will be able to tackle only a tiny fraction of what climate change encompasses, and our attendant responses.

We are witness in real time to the effects of our warming planet—increasingly severe coastal flooding, withering droughts, devastating wildfires–unbounded by season– and storms “of the century” arriving every other year–all of which have enormous impact on food supplies, housing, transit, and migration patterns.

When first approached to be a moderator for today’s discussion on the “Prospect for Climate Action Under the Biden Administration,” I found myself reflecting not on elections, laws, policy, or treaties, which we might call the “how,” but on the “why.”

It has been twenty years since the term “Anthropocene” entered popular culture.  As you likely know, this term refers to a geological epoch in which the dominant influence on the environment, and therefore climate, is human behavior. Perhaps we have grown used to this idea, and accept it as true – thus the urgency of policy issues.  But do we stop to think about the seismic shift our time scale has undergone?

The Arab Spring began and ended with Tunisia. In a region beset by brutal repression, humanitarian disasters, and civil war, Tunisia's Jasmine Revolution alone gave way to a peaceful transition to a functioning democracy. Within four short years, Tunisians passed a progressive constitution, held fair parliamentary elections, and ushered in the country's first-ever democratically elected president. But did Tunisia simply avoid the misfortunes that befell its neighbors, or were there particular features that set the country apart and made it a special case?

In Tunisia: An Arab Anomaly, Safwan M. Masri explores the factors that have shaped the country's exceptional experience. He traces Tunisia's history of reform in the realms of education, religion, and women's rights, arguing that the seeds for today's relatively liberal and democratic society were planted as far back as the middle of the nineteenth century. Masri argues that Tunisia stands out not as a model that can be replicated in other Arab countries, but rather as an anomaly, as its history of reformism set it on a separate trajectory from the rest of the region. The narrative explores notions of identity, the relationship between Islam and society, and the hegemonic role of religion in shaping educational, social, and political agendas across the Arab region. Based on interviews with dozens of experts, leaders, activists, and ordinary citizens, and a synthesis of a rich body of knowledge, Masri provides a sensitive, often personal, account that is critical for understanding not only Tunisia but also the broader Arab world.