Adieu Middle East: The Consequences of American Abdication - A talk by Roger Cohen 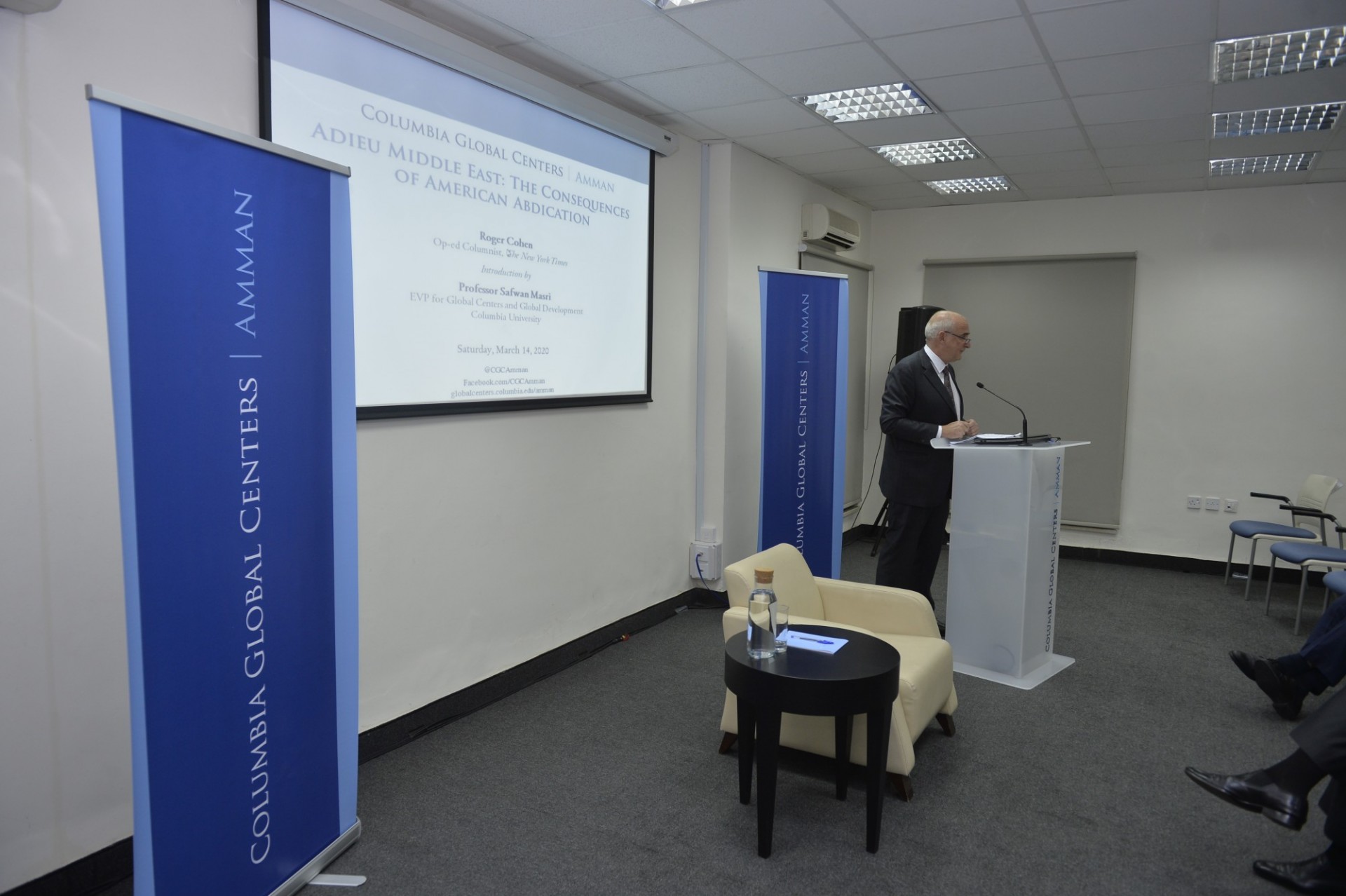 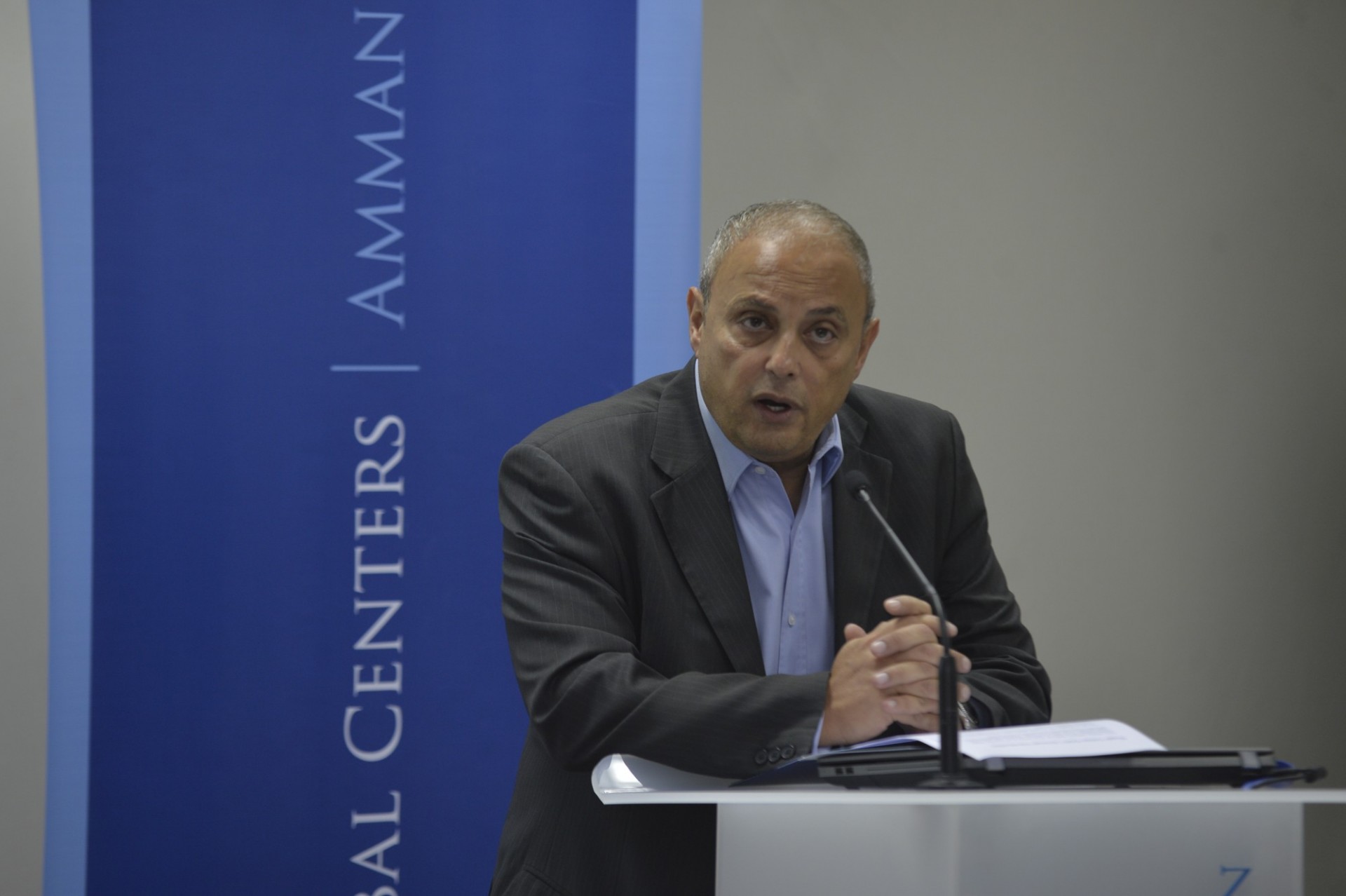 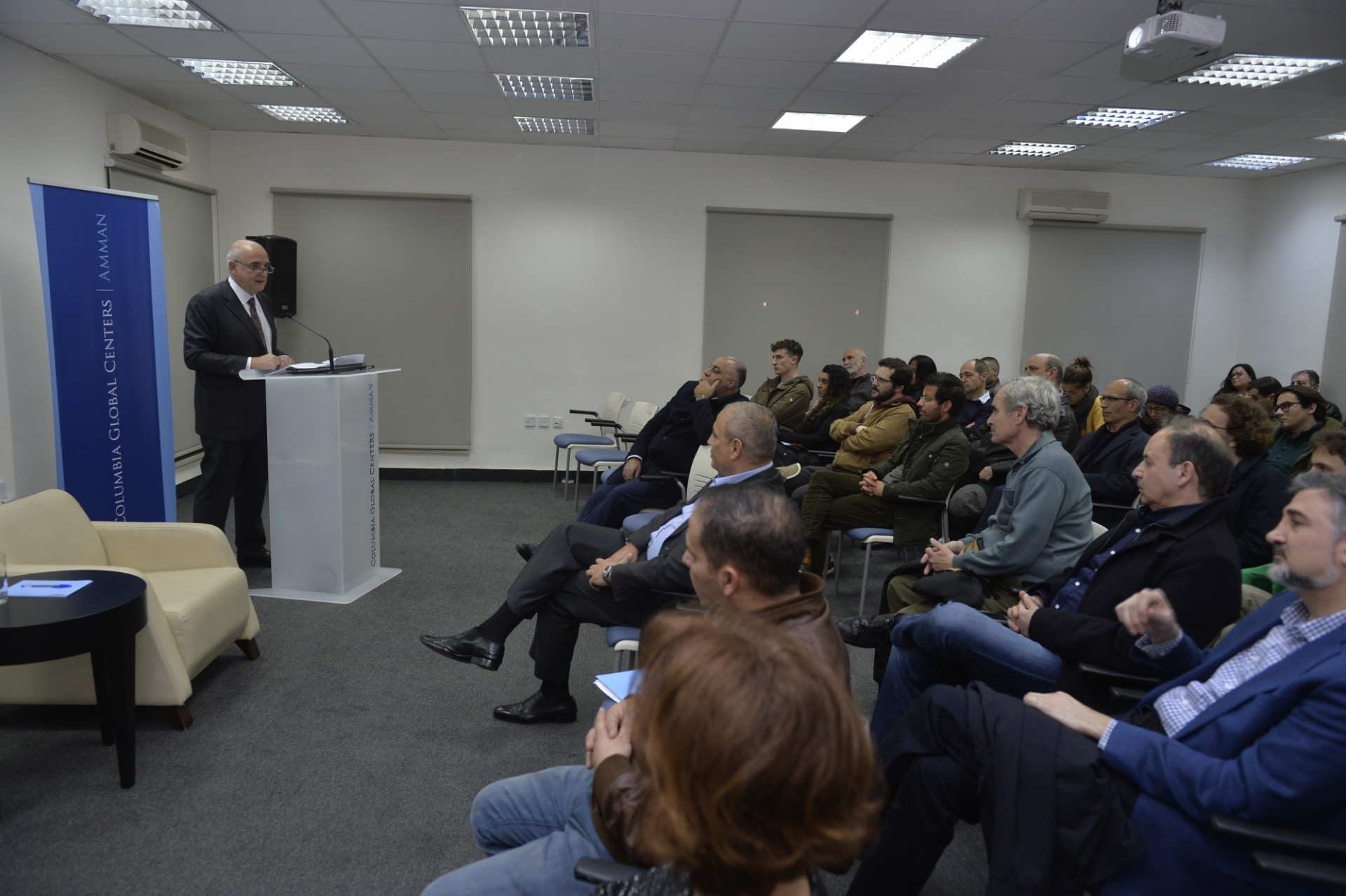 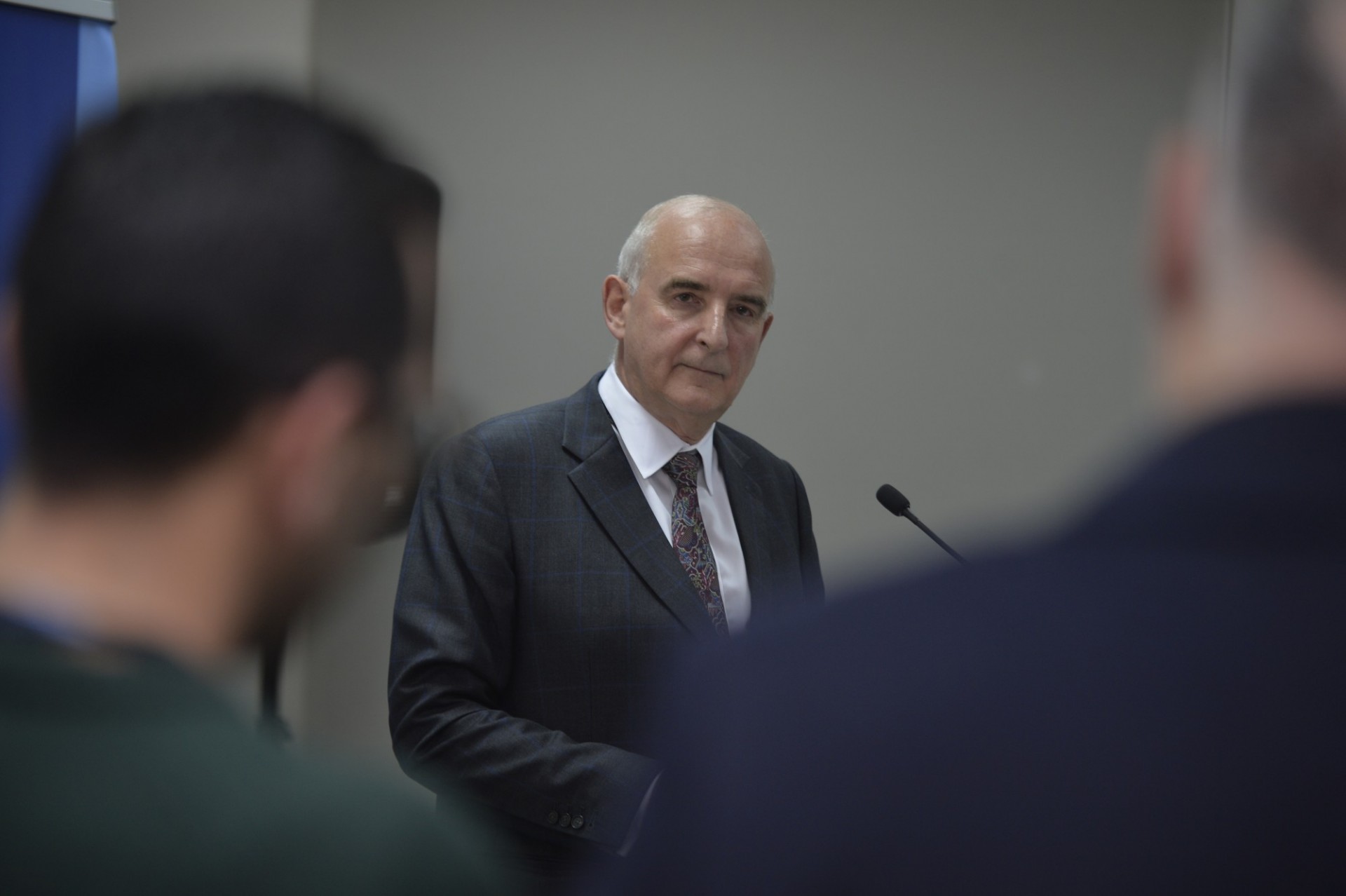 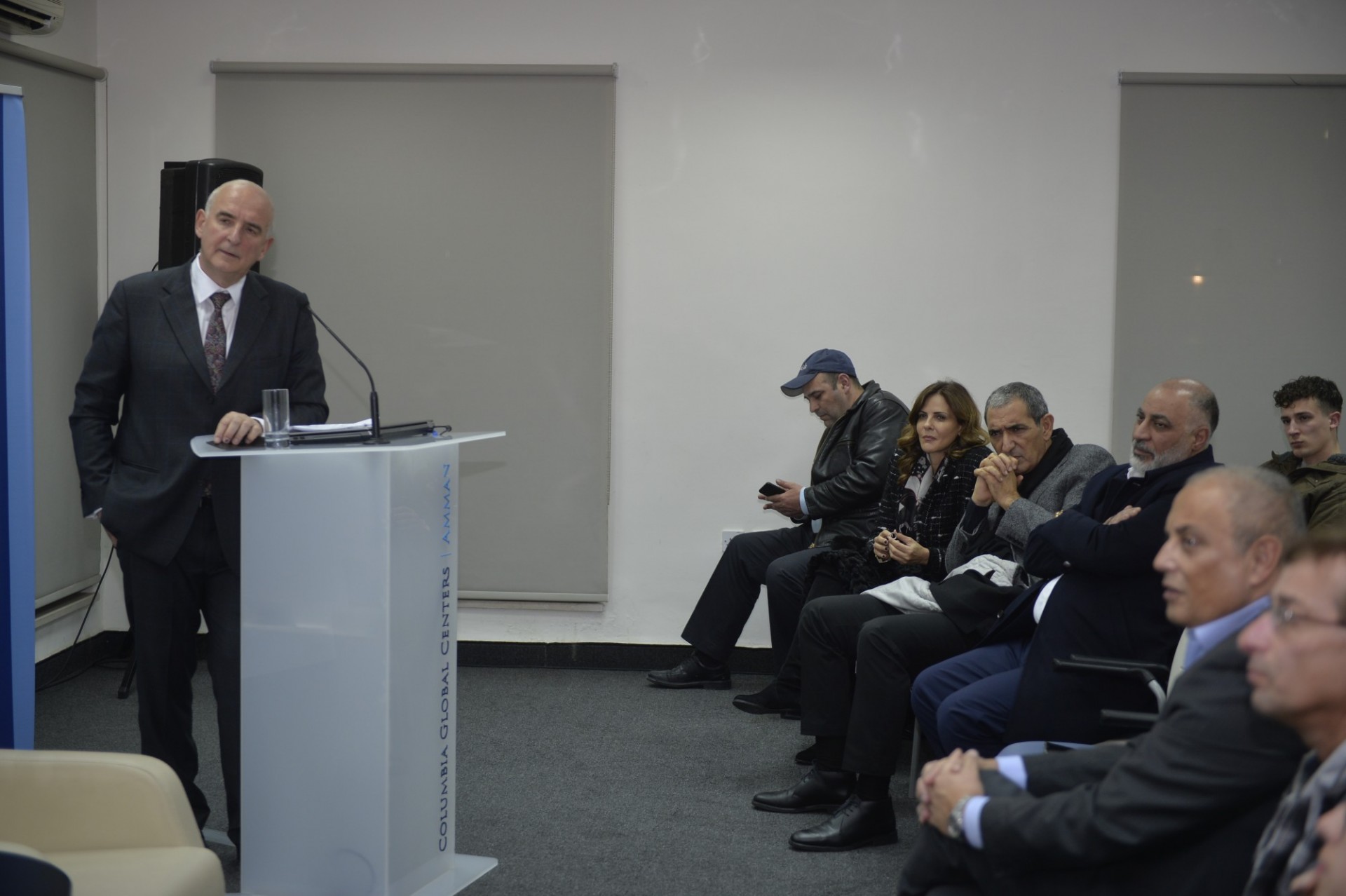 Under President Trump, the United States has walked away from serious, as opposed to frivolous, involvement in the Middle East. Other actors, notably Russia, have moved in. The inherent instability born of unresolved conflicts and inadequate political systems had been exacerbated by this American abandonment -- of its allies and its values. A young population's thirst for change across the region, in the direction of greater agency, more representative government and greater economic opportunity, away from cronyism and authoritarianism of various forms, remains strong. But its onetime advocate, the United States, has gone AWOL. A long-awaited so-called Israeli-Palestinian peace plan from the Trump Administration proved to be little more than a joke, given its utter disregard for Palestinian aspirations and its uncritical support for Israeli expansionism throughout the land between the Mediterranean Sea and the Jordan River. A balanced approach is not the approach favored by President Trump. This is also apparent in America's abandonment of the Iran nuclear deal and fulsome embrace of Saudi Arabia. How this offers a way forward is unclear. The Islamic Republic's radicalism will only be exacerbated by further isolation. The risk of war is always there, as events this year have already shown. A millennial generation in the Middle East deserves better. It is sick of frozen political systems and frozen conflicts. Neither the oppression of dictators nor the promises of Islamic radicalism have delivered the human dignity that comes with government accountability. That is why young people from Beirut to Baghdad have stirred in what amounts to a second Arab Spring. That the United States has been virtually silent on these movements demonstrates the extent of its dangerous disengagement.

Roger Cohen has worked for The New York Times for 30 years as a foreign correspondent, foreign editor, and now columnist. Prior to that, he worked for The Wall Street Journal and Reuters. He is the author of four books. The latest, a family memoir entitled "The Girl from Human Street: Ghosts of Memory in a Jewish Family," was published to wide acclaim by Alfred A. Knopf in January 2015. He has taught at Harvard and Princeton and his work has been recognized with several awards, including a Lifetime Achievement Award from Britain’s Next Century Foundation and a prize from the Overseas Press Club of New York. In 2017, he was awarded the Society of Publishers in Asia (SOPA) prize for Opinion writing for a series on Australian mistreatment of refugees. He won the same award in 2018 for a piece about the Rohingya crisis in Burma. Raised in South Africa and England, a graduate of Balliol College, Oxford, he is a naturalized American.