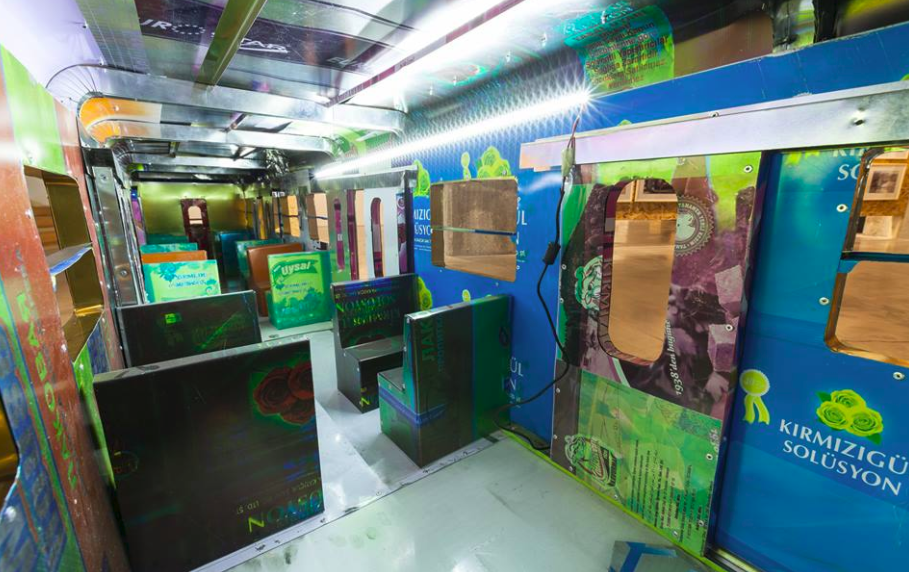 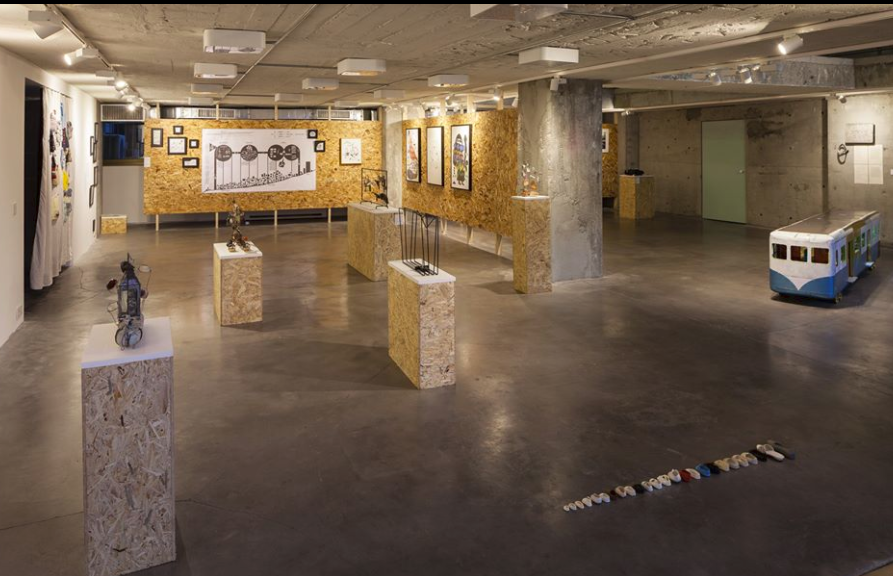 Antonio Cosentino and Extramücadele’s joint exhibition is at Studio-X from January 16 to February 27, 2015.

Since 1996, Antonio Cosentino has photographed the rapidly changing landscape of Istanbul’s periphery, and this long-term project will be exhibited for the first time.

In these photographs, Antonio seeks to trace the common characteristics of these rapidly changing spaces. This work could also be described as a dystopian landscape, or a minor journey towards the way in which spaces are used or towards the microcosm of spaces.

Another work by Antonio in the exhibition is a large installation made of tin canisters. Tin canisters have a significant use value across the periphery of the city. They are never discarded, they are always transformed, and they find new places for themselves in the city, the building, and the street in new lives. It is precisely this phenomenon of continuity that has inspired the tin canister installation.

The fact that for many of us, the places we spent our childhood no longer exist, and that many of us can no longer even find the houses we were born in, causes an emotional trauma due to the loss of memories that seems to whisper in our ear: Tomorrow will be worse.

The appearance of boulevards, streets and houses is being changed by constant demolition and constant reconstruction in order to create new means to bring profit to the ruling political power and its supporters. This spatial destruction turns migration and relocation into a constant fact, and erases social memory. While this attack consolidates authoritarian power, people are trapped in ‘new’ spaces without historical sites or personal memories.

Extramücadele, the other artist in the exhibition, has designed 3 spheres for the children living in the neighbourhoods documented in Antonio Cosentino’s photographs. In these neighbourhoods, many buildings are unlicensed, and there are no empty spaces where children can spend time outdoors. Congestion is a big problem. The reason these spheres stand on steel pillars, suspended mid-air above the buildings is this congestion. Connected to each other via corridors, the names of these 3 spheres are, respectively: The Library That Reads, The Multiple Temple and The National Fart.

1) The Library That Reads: A library in the shape of a sphere containing a selection of the most beautiful passages of the most beautiful books. Through the speakers of the sphere, following the recital of the azan 5 times a day, 5 different paragraphs are read out to the residents of the neighbourhood every day.

“The hell of the living is not something that will be: if there is one, it is what is already here, the hell where we live every day, that we form by being together. There are two ways to escape suffering it. The first is easy for many: accept the hell and become such a part of it that you can no longer see it. The second is risky and demands constant vigilance and learning: seek and be able to recognize who and what, in the midst of the hell, are not hell, then make them endure, give them space.”
—Italo Calvino
[The Invisible Cities, 1972]

“A human being is a part of the whole called by us universe, a part limited in time and space. He experiences himself, his thoughts and feeling as something separated from the rest, a kind of optical delusion of his consciousness. This delusion is a kind of prison for us, restricting us to our personal desires and to affection for a few persons nearest to us. Our task must be to free ourselves from this prison by widening our circle of compassion to embrace all living creatures and the whole of nature in its beauty.”
—Albert Einstein

“Flaws, loose ends, and rough approximations are what evil cannot endure. This is one reason why it has a natural affinity with the bureaucratic mind. Goodness, by contrast, is in love with the dappled, unfinished nature of things.”
—Terry Eagleton
[On Evil, Yale University Press, New Haven and London, 2010, p.71]

2) The Multiple Temple: A multiple temple shaped as a sphere decorated with the symbols of all religions and Gods, containing adequate information about religions, with the most beautiful songs of The Beatles playing in the background.

3) The National Fart: The sphere titled The National Fart contains various farting sounds in its memory bank, and it can broadcast these sounds into the street via speakers just like azan from a mosque. Simultaneously with the farting sound that is selected, a cloud of smoke matching the sound is sprayed into the neighbourhood from an exhaust system. The National Fart also offers the chance to listen to all the national anthems of the world in its interior space, and it is also possible to pee onto the Kanyon Shopping Centre below from its small balcony.