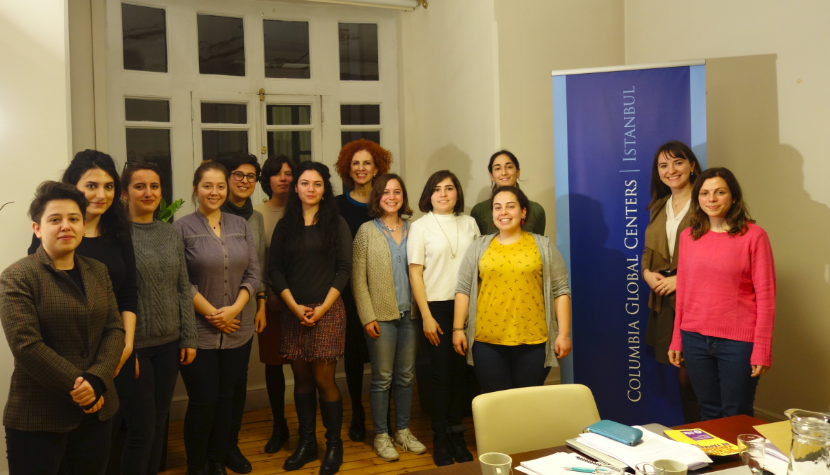 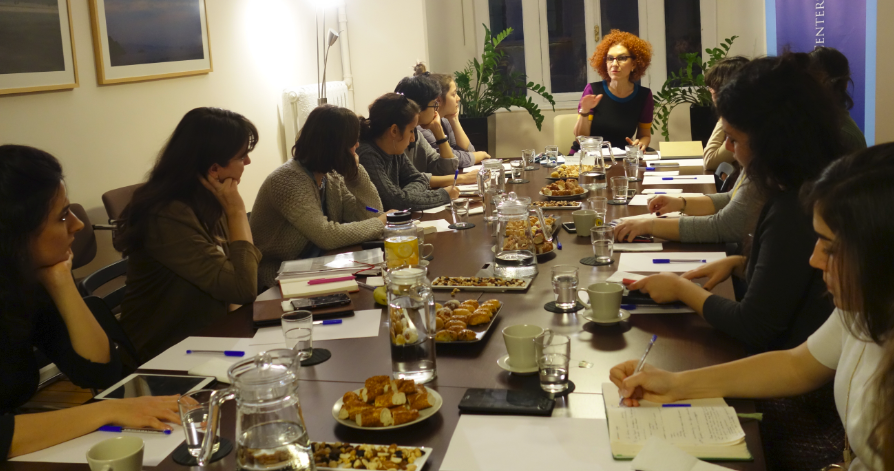 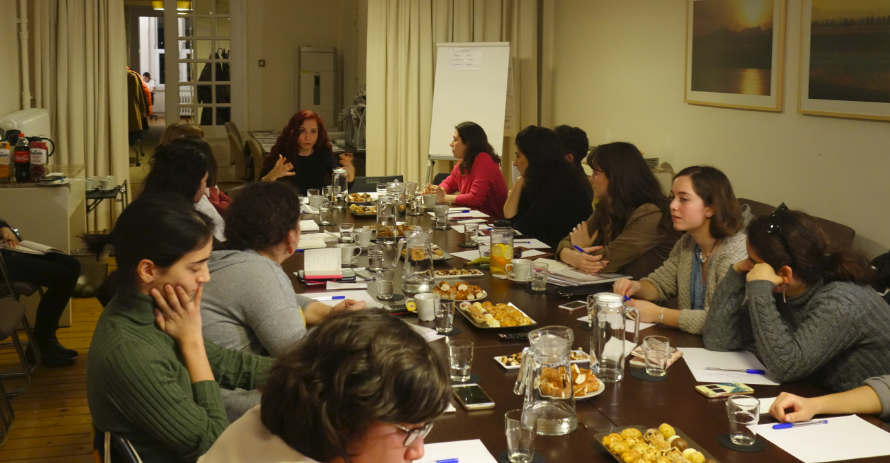 The Istanbul Center hosted the first workshop in 2018, the 2nd year of the Reframing Gendered Violence workshop series run by the Center for the Study of Social Difference at Columbia University and the network of 8 Columbia Global Centers. This workshop was on “Beyond Prevalence: The Next Generation of Campus Sexual Assault” and led by Aylin Vartanyan from Boğaziçi University, with the participation of 20 undergraduate students in their senior year and graduate students on February 9, 2018.

The workshop series is part of the Reframing Gendered Violence Project at the Center for the Study of Social Difference (CSSD) at Columbia University. It aims to open up a critical global conversation among scholars and practitioners in order to reframe the issue of violence against women as it is currently discussed in a wide range of fields, both academic and policy-oriented, including human rights, public health, journalism, law, feminist studies, literature, sociology, religious studies, anthropology, and history.

The workshop series engages critically with the terms, the assumptions, and the policies that have underwritten this unprecedented outpouring of attention. What do different parties mean when they talk of violence against women or of gender-based violence? Is the mean form of violence against women sexual in nature? Does it occur primarily in domestic settings? What is left out when the problem is framed in this way, and whose interests are served by such framing? When invoked in the halls of the United Nations and used to shape international policy, the terms violence against women (VAW) and gender-based violence (GBV) are often assumed to have stable meanings, yet they do not.

The workshop series aims to explore questions of gender-based violence, sexual violence, violence against LGBT people in new directions, deepening the ways in which we engage with the manifestations and causes of such violence in local and global contexts. Participants in the Istanbul workshops watched video recordings of a series of panels, which took place in New York with distinguished scholars from Columbia and other universities in the field; and contributed to the debate by reflecting on their own research and academic interests. The workshops not only aim to bring together academics and students who work on themes related to gender based violence in Turkey and in the MENA region but also create dialogue and facilitate the exchange of knowledge at the global level.