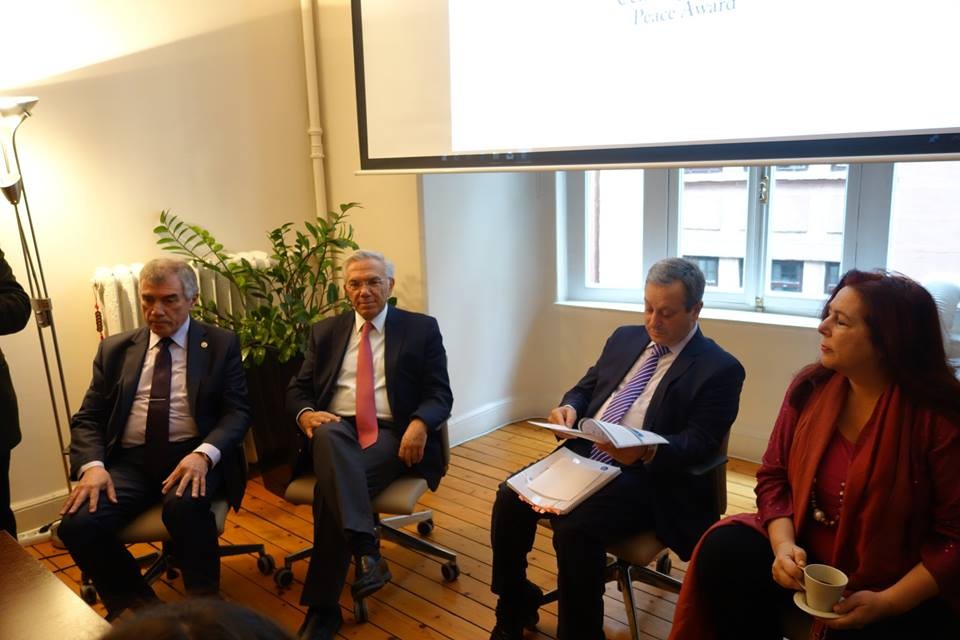 "It is important to look towards the future, and not be a prisoner of the past. Otherwise, we can't focus on building peace (between Turkey and Greece)."

The Symposium is an initiative of Kadir Has University's Center for International and European Studies, the Thessaloniki-based Navarino Network and Conflictus, is supported by Friedrich Naumann Stiftung, NATO Public Diplomacy Division and the Jean Monnet European Centre of Excellence at the University of Athens.

This year, the panel session held at Columbia Global Centers | Istanbul was on “The State of Play in Greek-Turkish Relations.” Welcoming remarks were given by Dimitrios Triantaphyllou, Director of the Center for International and European Studies (CIES) and Associate Professor at Kadir Has University; and Ipek Cem Taha, Director of Columbia Global Centers | Istanbul. The panelists were Mustafa Aydın, a member of the Greek-Turkish Forum; Ipek Cem Taha; Ünal Çeviköz, a member of the Greek-Turkish Forum; Paulina Lampsa, a member of the Greek-Turkish Forum; and Yannis Valinakis, President of the Jean Monnet European Centre of Excellence at the University of Athens. The panelists spoke about a moving range of geopolitical issues that have affected Greek-Turkish relations, including the loss of NATO relevance and. the importance of the Eastern Mediterranean. They also focused on civil society solutions such as the Cem Papandreou Peace Award, and over a 100 NGOs working on Greek-Turkish relations. They stressed the importance of focusing on how to create peace and looking towards the future to find that peace, and cited that the youth participants and the Symposium would be an essential part of that peace process.