On May 28th, Mr. Wijnand Jongen, chairman of the executive committee of Ecommerce Europe, launched his new book, The End of Online Shopping, at Columbia Global Centers | Beijing and had a dialogue with Professor Yuhuang Zheng from Tsinghua university’s School of Economics and Management about the future of new retail in the connected world. This event was jointly organized by Columbia Global Centers | Beijing, Marketing and Innovation in China, and Puhua of People's Posts and Telecommunications Press.

During his talk, Mr. Jongen pointed out that the role of retail industry is changing. This internet-enabled business has shifted to an online mode and is currently growing at a steady pace. It is expected that more than two billion people will shop around the world through e-commerce in 2021. In the future, big data will become the basis for investigation of consumer behavior and become the cornerstone for the retail industry. Following his talk, Mr. Jongen and Professor Zheng had a discussion on how e-commerce platforms arrange product categories and the prospects and business models of the future fresh industry.

Mr. Jongen said: “Never forget that retail is an experiment from the heart. If you are very sincere, you can change consumers behavior and life, not only in China, but also in the world.” 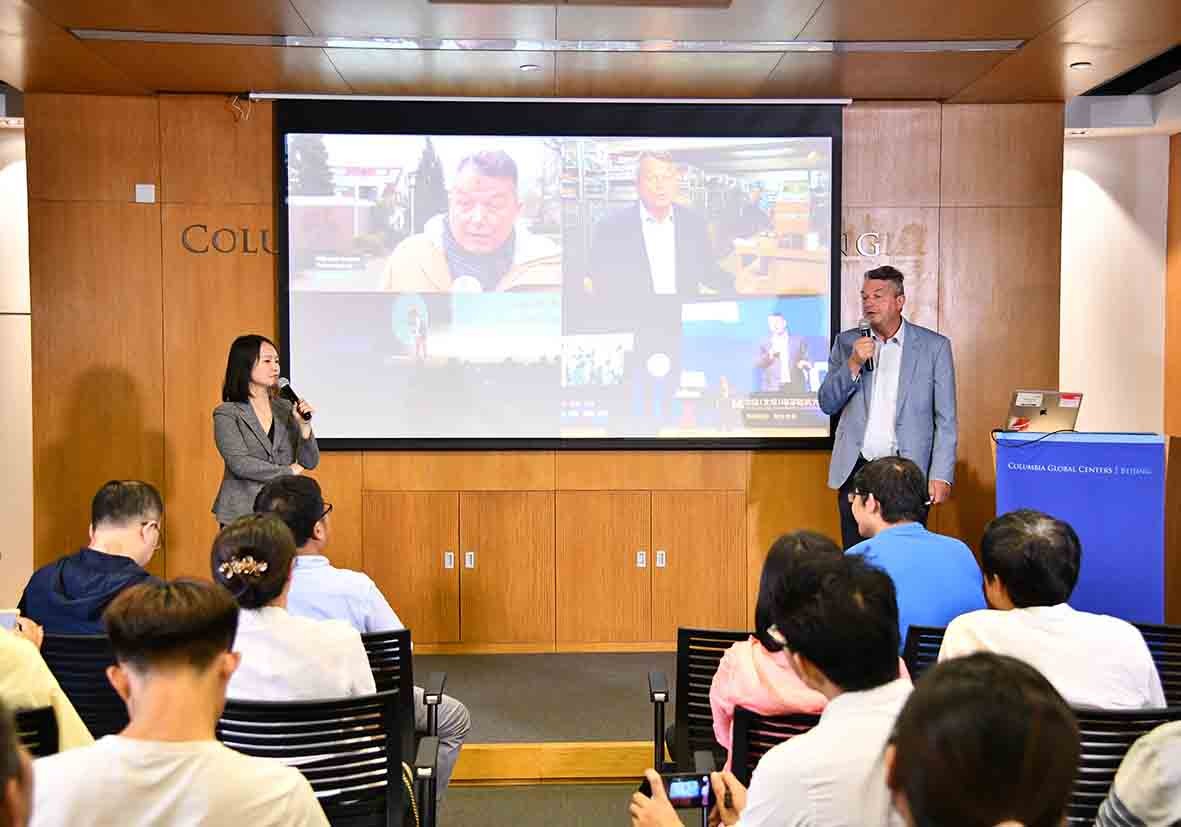 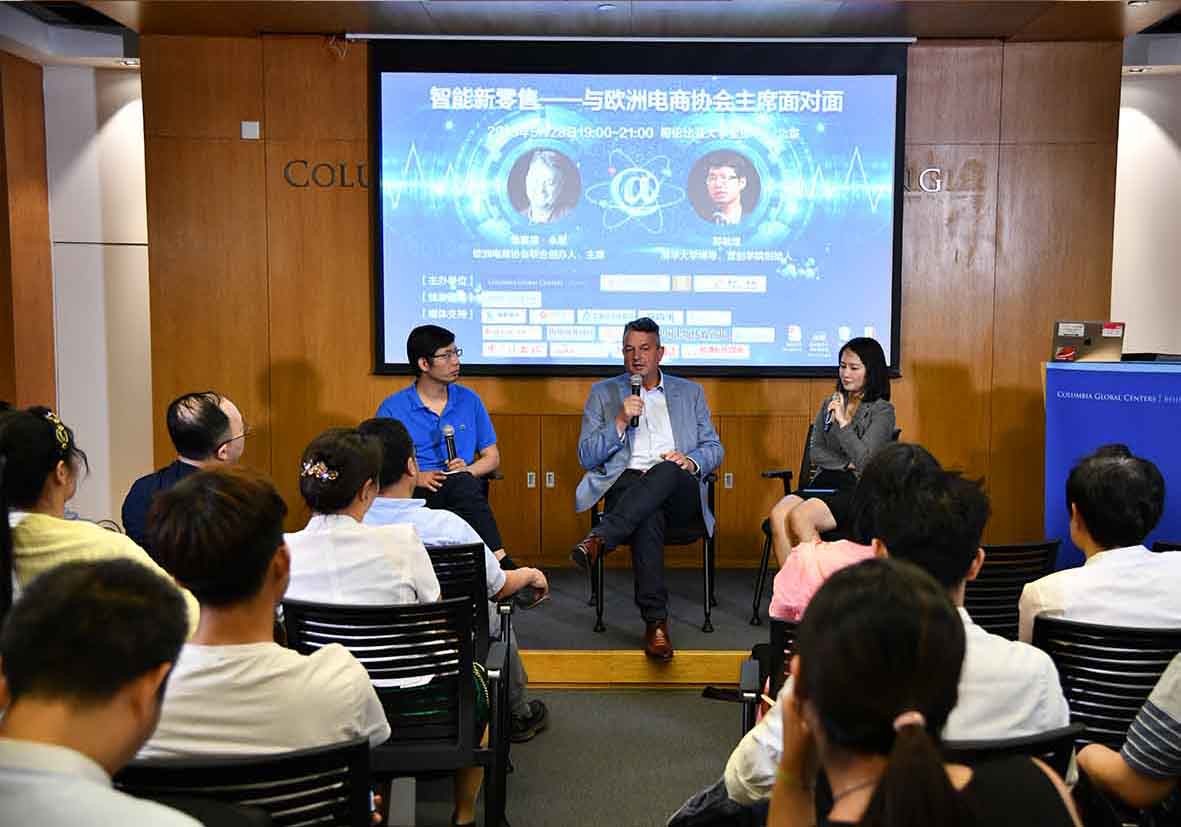