Daron Acemoğlu - The Narrow Corridor: States, Societies and the Fate of Liberty

As part of the Kapuscinski Development Lecture Series, Daron Acemoğlu, Institute Professor at MIT, gave a talk on “The Narrow Corridor: States, Societies and the Fate of Liberty” - also the title of his recently-published book - on December 20, 2019 at Boğaziçi University in Istanbul, Turkey. The Kapuscinski Development Lectures Series is an initiative of the European Commission and the United Nations Development Programme, and funded by the European Commission. It is named for Ryszard Kapuscinski, a Polish reporter and writer who covered developing countries. Since 2009, over 100 lectures have gathered over 30,000 participants.

The lecture by Daron Acemoğlu was jointly organized by the European Commission and the United Nations Development Programme, and local partners, Columbia Global Centers | Istanbul and Boğaziçi University. 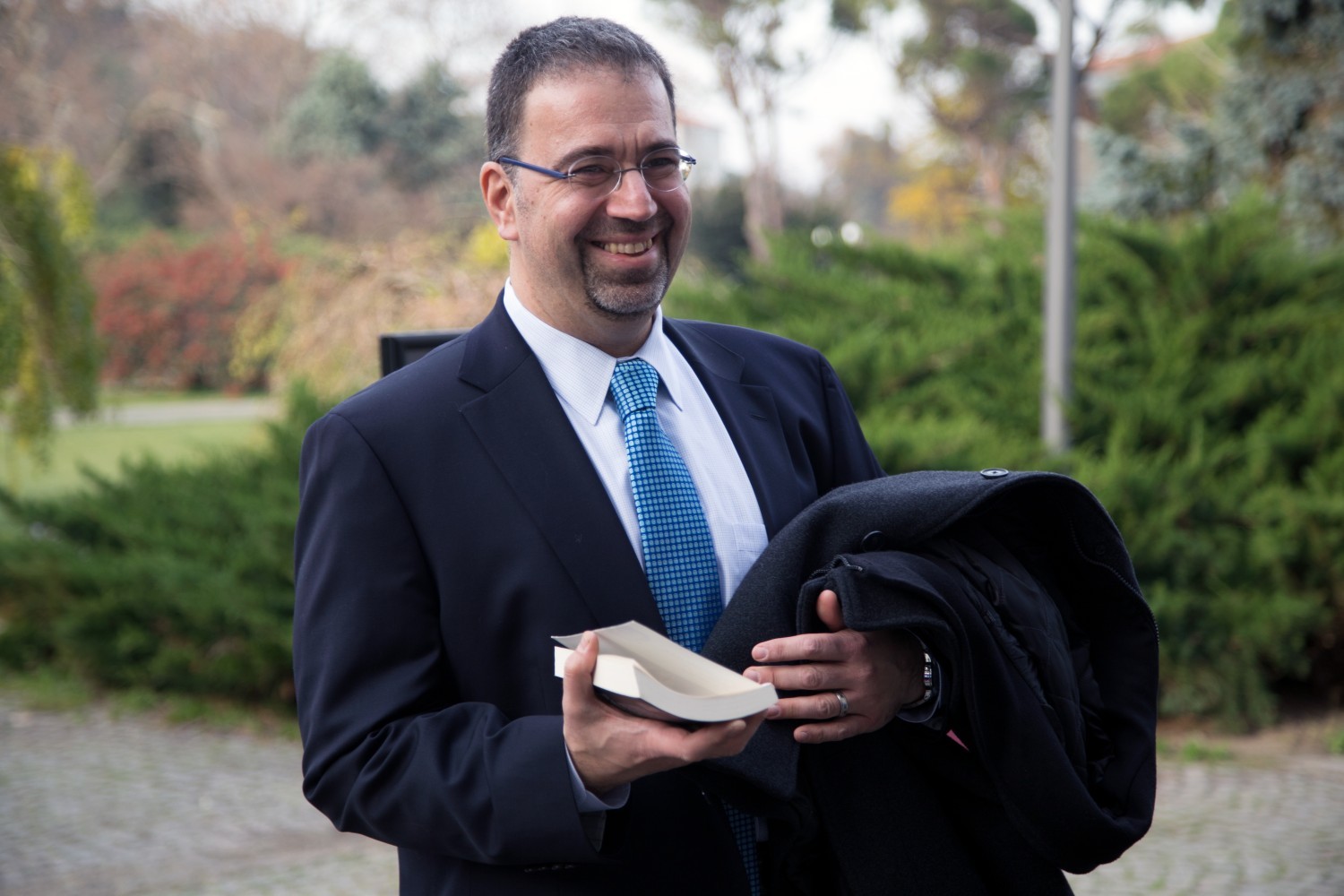 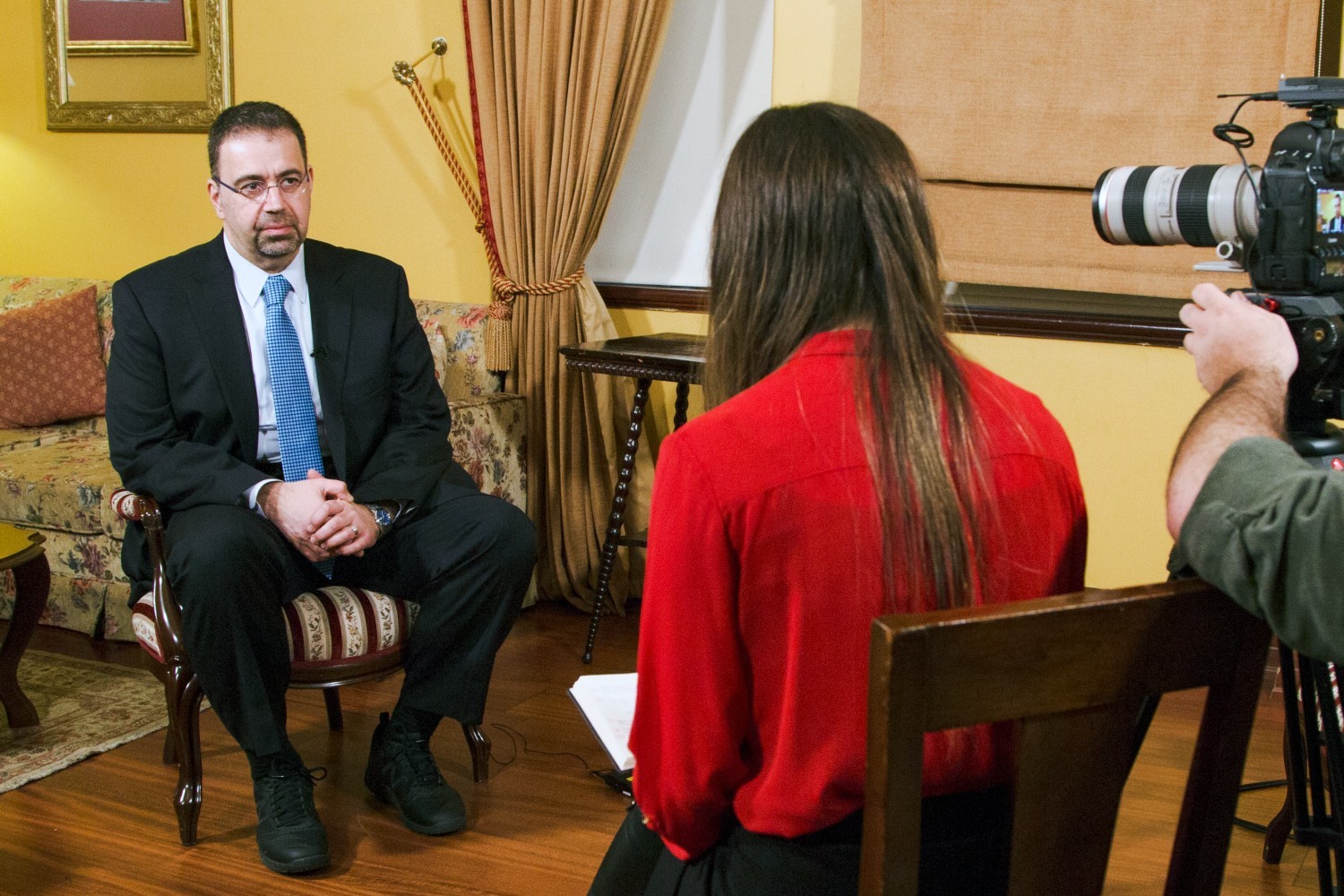 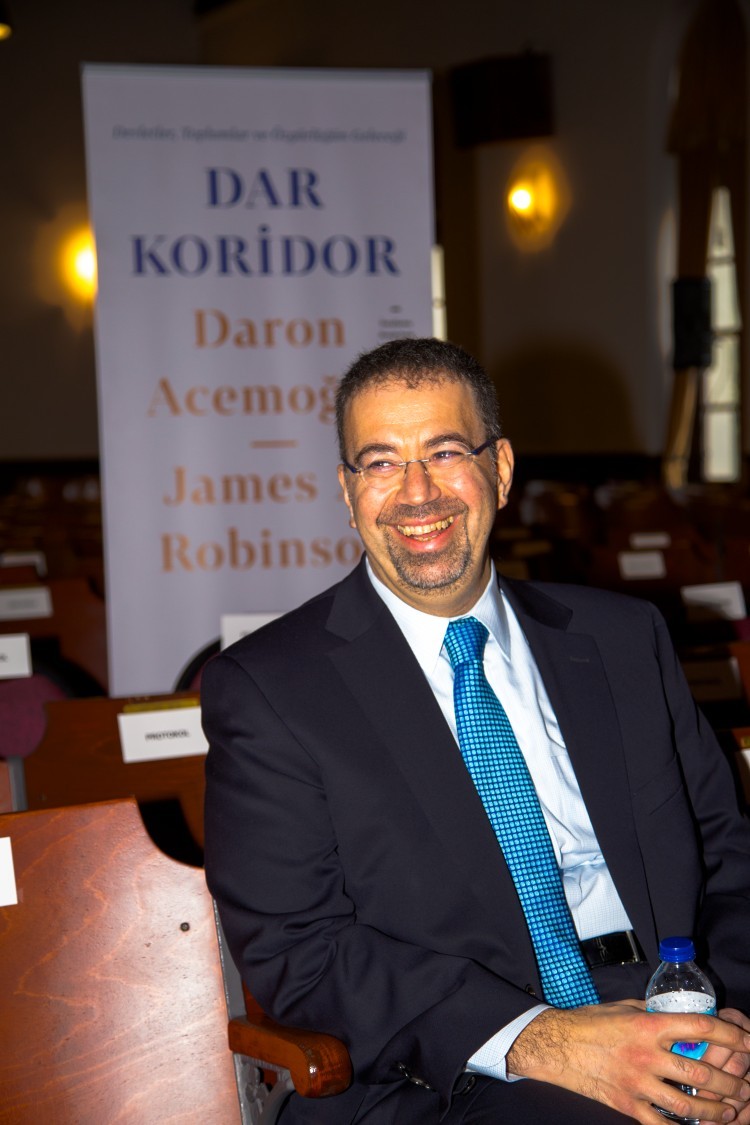 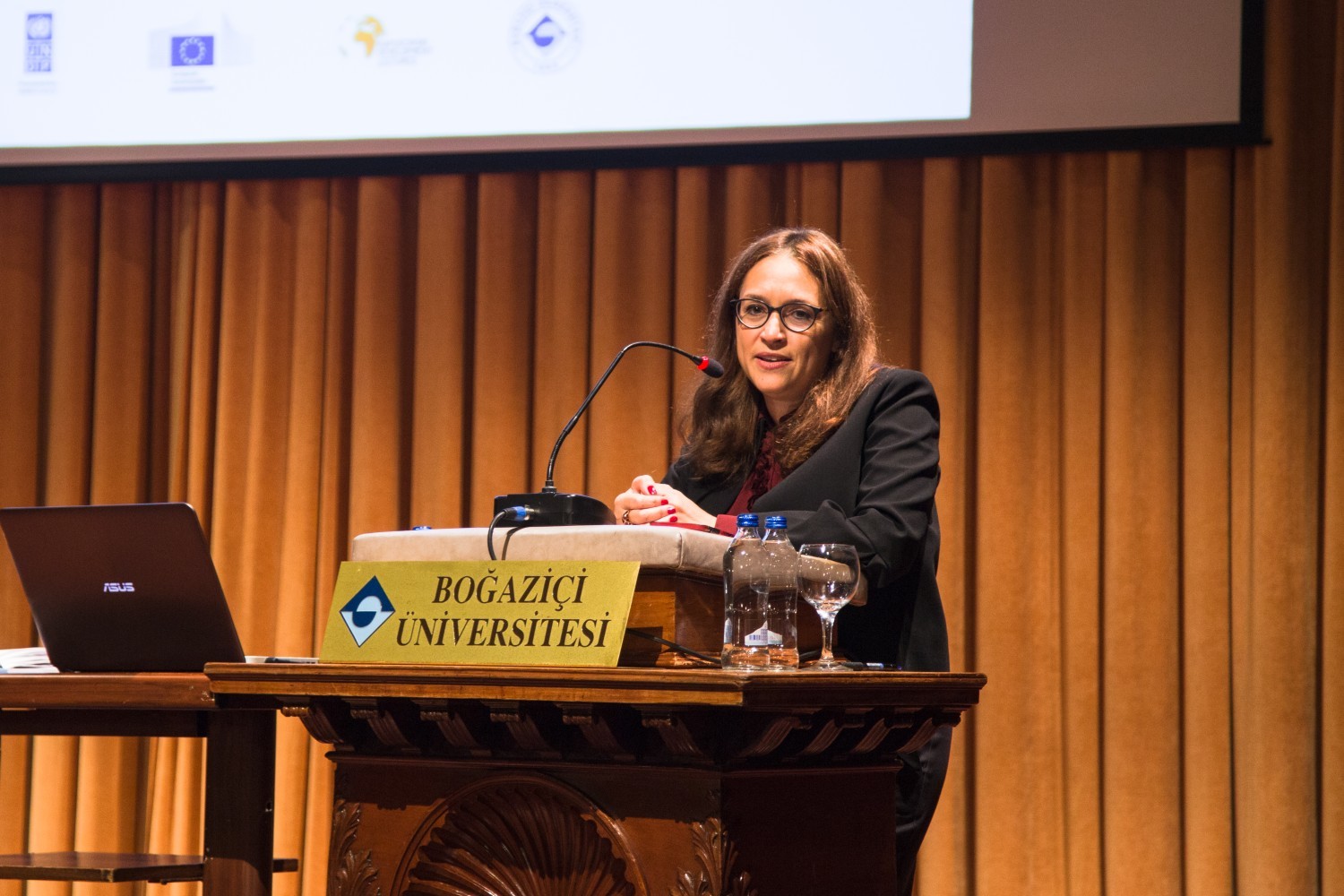 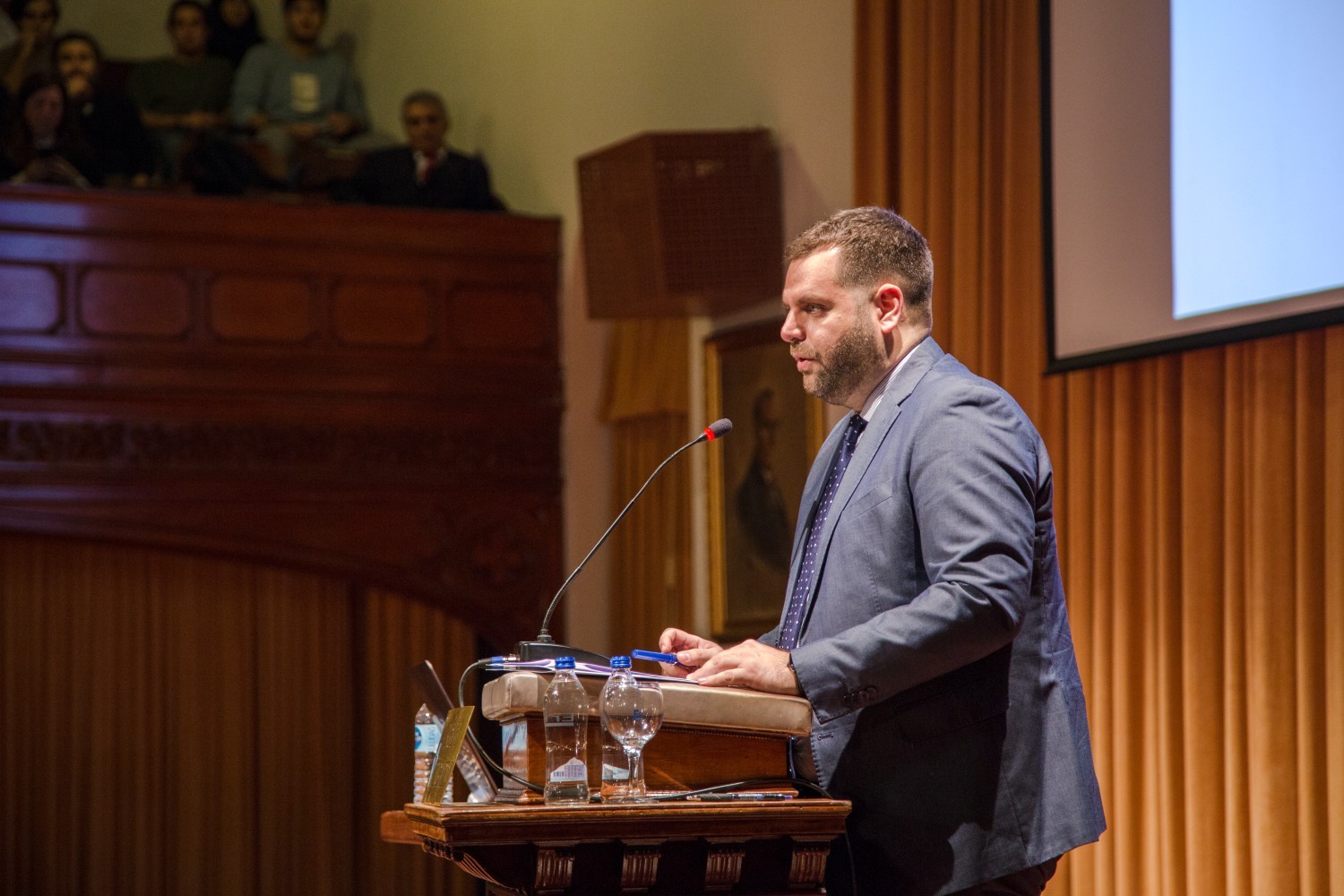 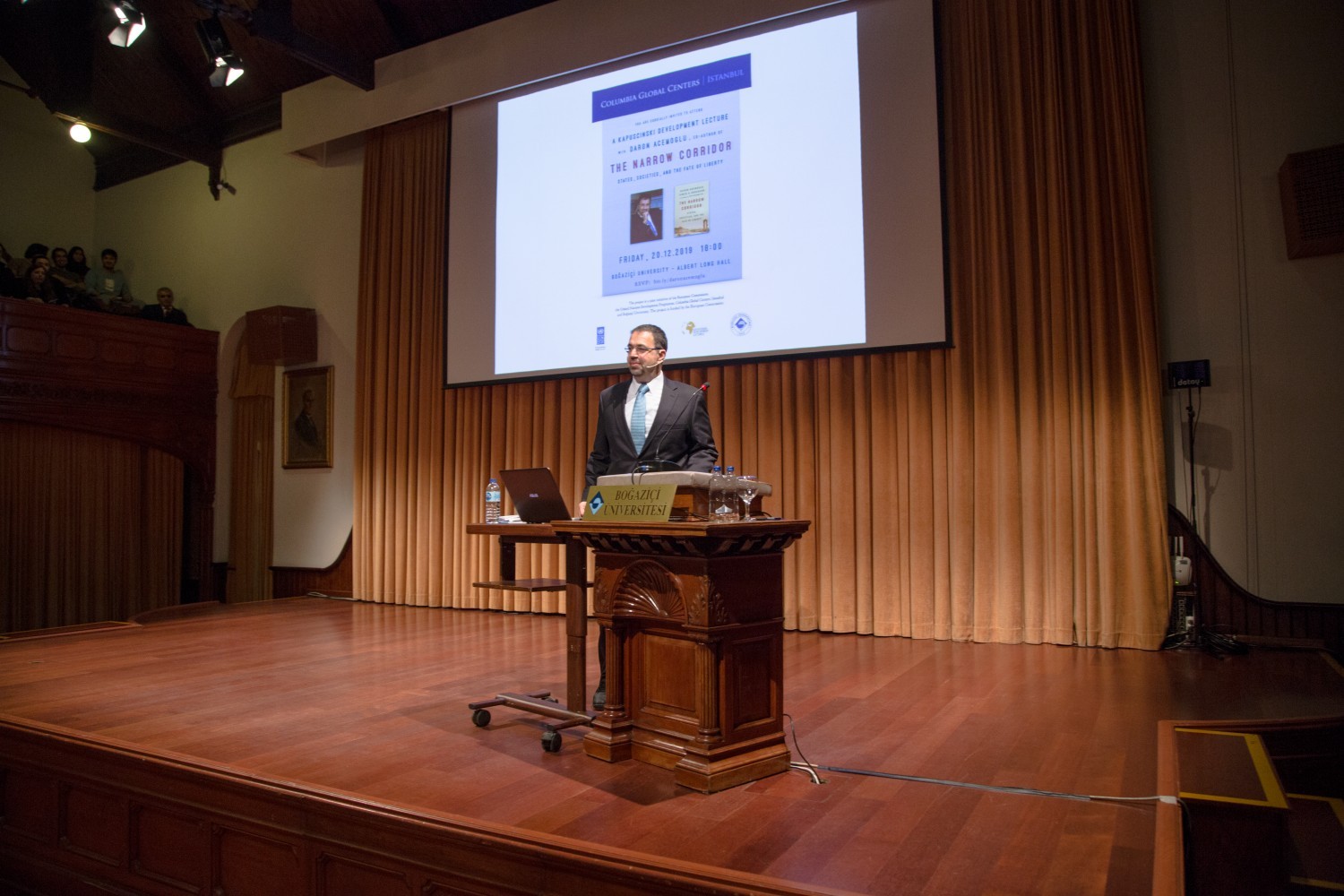 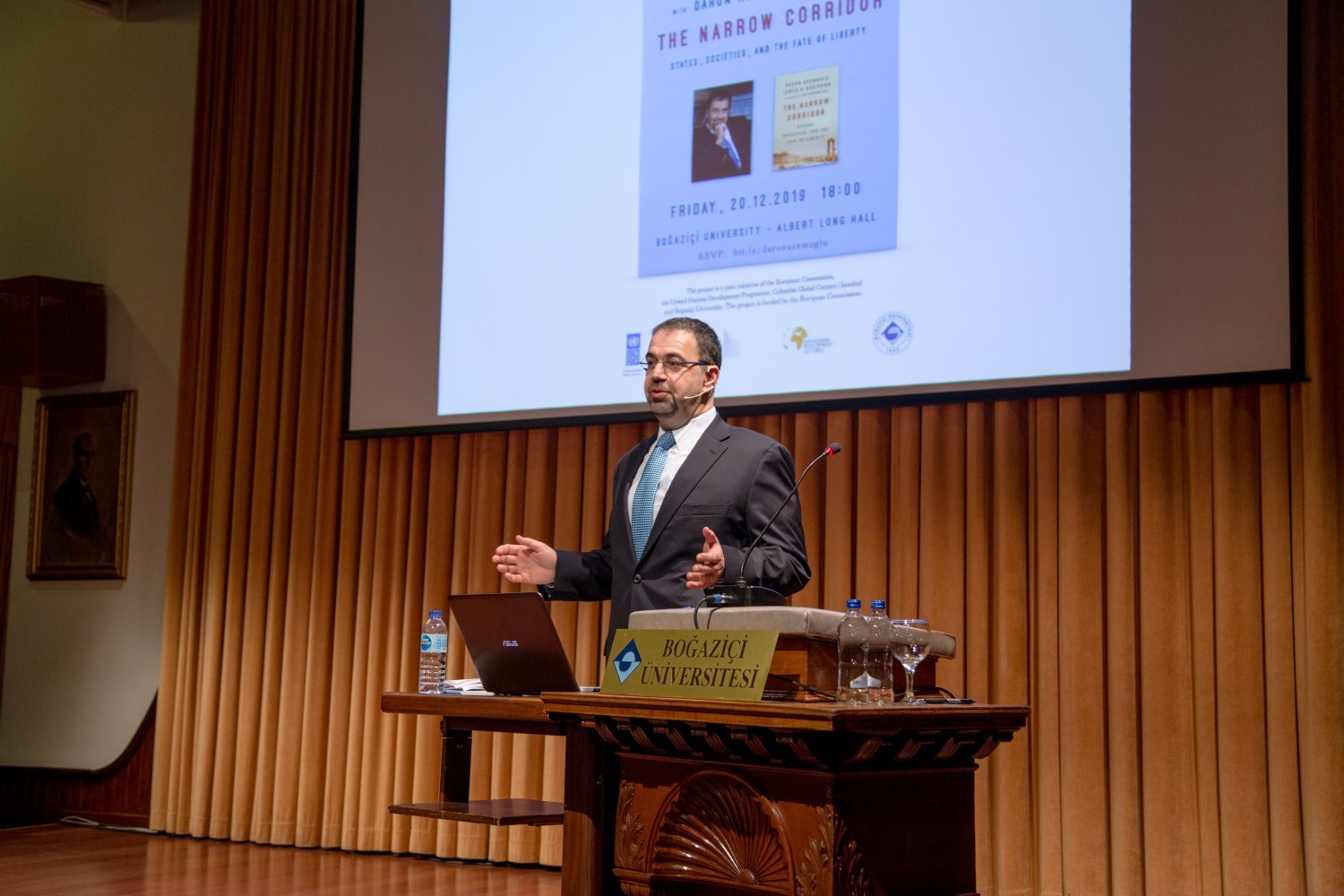 Daron Acemoğlu then took the stage. He opened by saying that he would not give a summary of the book he co-authored with James Robinson, but would talk about some of its main themes, and what he and James Robinson wanted to achieve by writing about them.

He then showed an image of an environmental protest, something that would have been unthinkable in small-scale societies and early despotic states of years past. He stated that this kind of protest is the essence of liberty today: individuals can make their own choices without getting permission to do so.

Being a democracy does not mean that the state is in the “narrow corridor;” however, there is a positive affinity between the two. Democracies have more economic growth than non-democracies; after countries transition to democracies, their GDP per capita increases by 20% over the following 20-25 years. Infant mortality also drops as states invest more in education and health.

How do we make the “corridor” work? We look to Europe as an example. After the fall of the Western Roman Empire, two things coincided: 1) there was a blueprint for centralized administrative institutions from the Western Roman Empire, and 2) there was a tradition of “assembly politics” in Germanic tribes, allowing for society to participate in politics.

Social norms can hinder liberty. In India, the constitution prohibits the caste system, but it de facto still exists because of a cage of norms. States need to break the cage in order to democratize.

There are multiple ways of getting into the corridor. If a state is despotic, then society must get stronger. If a state is disorganized, then the state’s capacity must increase and laws must be obeyed. Leadership does matter, and that person must immediately start building trust in institutions. The state must simultaneously be strengthened while also be more open to criticism. States need to cherish the trust to stay in the “corridor.”

Daron Acemoğlu then spoke briefly about Turkey. Turkey has had several opportunities to enter the “corridor,” but has not taken them. Society’s power over politicians has to increase, and this has not happened in Turkey. Even though Turkey has had growth over the past 20 years, it has not been high-quality growth. One indication of this is that total factor productivity has been negative or zero over this time period. Turkey also exports low-tech products, whereas it should be aiming for medium-tech or high-tech exports. This creates inequality in society, which is at levels similar to those in Latin America.

In summary, entering the “corridor” not easy, while exiting it is. It is not a gift from leaders, but something that society demands. If society works at it, and the right conditions are present, then society together with better laws can help the state enter the “corridor.”