(Dis)Conference: Hacking the Bureaucracy attracts over 150 people to discuss open government and new technologies for the public sector

On June 7, the (Dis)Conference: Hacking the Bureaucracy took place at Google Campus São Paulo and brought over 150 people including scholars, civil society actors, and bureaucrats to discuss innovative ways to open decision-making processes in the government, open data, improve governance through transparency and increase public participation. Dr. Alexis Wichowski (Professor at Columbia's School of International and Public Affairs) opened the event with a keynote speech about technology and government. Following Professor Wichowski, Guilherme Almeida (Innovation Director at Escola Nacional de Administração Pública -ENAP-) delivered his keynote speech about bureaucracy within government, which was followed by a Q&A session with both academics.

In the afternoon, panels featuring members of the government and academics and the Sessão Pitaco$ (a pitch session intended for public participation) were the major events. Dr. Alexis Wichowski participated in the panel “Technology and the State: Us Against Them?” alongside with Rafael Vivolo (Mgov), Barbara Paes (Artigo19) and Marco Konopacki (ITS).

The event was designed so that two discussions were always happening simultaneously, which at the end of the day, accounted for five panels and one pitch session. Having five different panels made it possible to address many issues in a more focused and specific way, deepening the discussion of the themes. The panels addressed themes such as “Open Government: Within and Without - A Toolkit for Transparency”, “Technology and the State: Us Against Them?”, “See to Believe: How to (and Why) Give Data a Soul Through Visualization”, “Bureaucratic Entrepreneurship: How to Select and Form Civil Servants That Innovate?” and “Open to Business: State, Technology and Entrepreneurship”.

During the pitch session, previously selected projects with propositions to innovate in the public sector were presented to foundations and incubators. The main goal of this pitch session was to connect those projects to institutions that could advise or help them to be implemented. Govv.me, an app that allows civil society to oversee all the public works happening, and Operação Serenata de Amor, an online platform that audits the government’s spending, were among the projects presented. 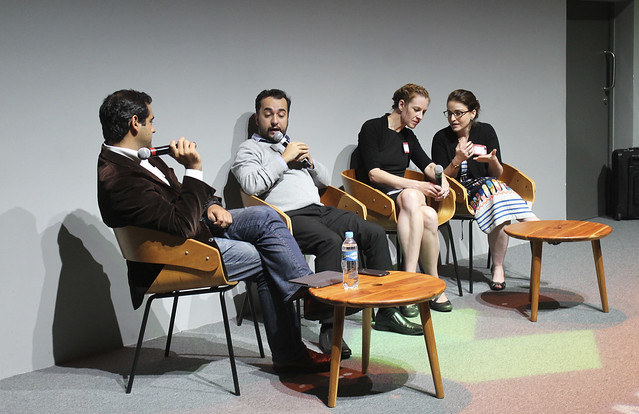