Expectations for the Local Elections and Beyond 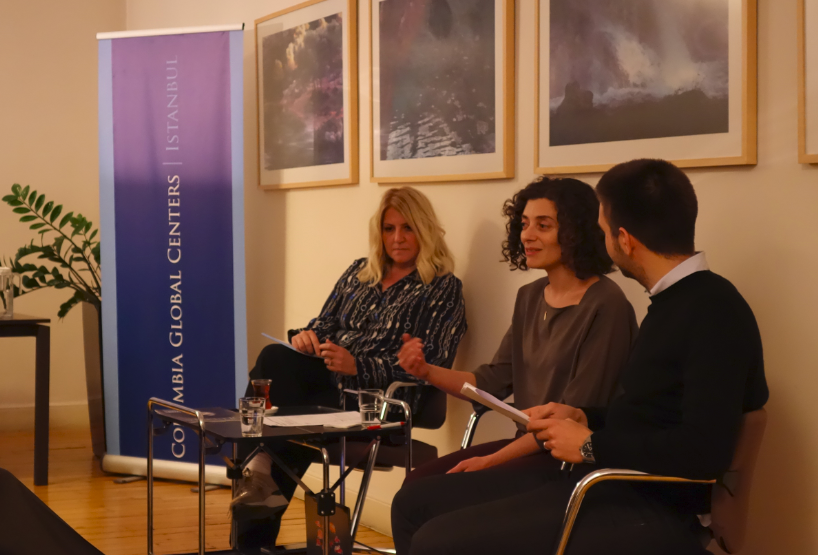 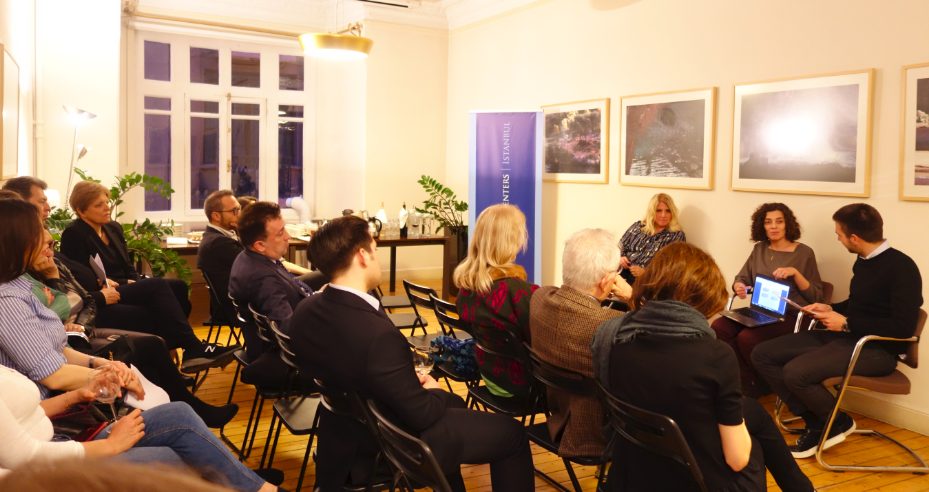 On March 27th, the Istanbul Center and Columbia Alumni Association of Turkey hosted the second House of Chats talk with Ahu Özyurt, Editor-in-Chief, Woman TV and Özge Kemahlıoğlu, Associate Professor of Political Science, Sabancı University, entitled “Expectations for the Local Elections and Beyond.” Özyurt and Kemahlıoğlu discussed global and local electoral trends and shared their opinion on the local elections. The event was moderated by CAA Turkey co-leader Ege Duruk CC '07.

Ahu Özyurt is the Editor-in-Chief of newly launched Woman TV, Turkey’s niche women’s issues channel. Until May 2019, she had worked as the Editor and Anchor of “After 10” Daily news show of CNN Turk in Istanbul. She also had weekly column on Hurriyet Daily News. Ms. Ozyurt was the Washington Correspondent of CNN Turk and Milliyet Newspaper between 2007-09. Ms Ozyurt holds Master of Science degree from Columbia University’s Graduate School of Journalism and a B.A from Bogazici University’s School of Administrative Sciences. She had her internship in Meet the Press in Washington DC in 1992 and CNN International in Atlanta. Prior to her post in Washington DC, Ozyurt was the 11:00 pm anchor of CNN Turk’s show “Night Vision” (2003-2006) and lunchtime anchor of CNN Turk’s show “Business Lunch” (2006-2007) She also worked at NTV and CNBC-e as anchor and reporter (1998-2003) She also worked at Bloomberg HT during the initial launch of the channel. Her book on the Obama Presidential campaign which chronicled the primary and the Presidential Elections through the eyes of a grassroots volunteer, “Obama: A Perfect Storm” was published in Turkey in October 2008. Ms. Ozyurt’s latest book “Night Vision” is a compilation of news stories from 10 different cities including Washington DC, Arbil, Tehran, Rome, Diyarbakir etc.

Özge Kemahlıoğlu is an Associate Professor of Political Science at Sabanci University. After receiving her PhD from Columbia University, she has worked at Florida State University as an Assistant Professor and at Rice University as a Visiting Assistant Professor. She is the recipient of the 2015 BAGEP Young Scientist Award and 2015 Üstün Ergüder Research Award. Her research mainly focuses on party politics, political economy of sub-national governments, distributive politics and incumbency advantage. Her single and co-authored articles on these topics appeared in Comparative Politics, Journal of Politics, Journal of Theoretical Politics, Latin American Politics and Society, South European Politics and Society and Public Choice. She is the author of Agents or Bosses? Patronage and Intra-party Politics in Argentina and Turkey, published by the ECPR Press in 2012.

The pandemic, the presidential election, globalization, climate change, and other issues are covered in a transatlantic forum.

Talking with Data: Why is it Crucial in the COVID-19 Era

Talking with Data: Why is it Crucial in the COVID-19 Era?

Cândida Borges is a Brazilian contemporary musician and transmedia artist – pianist, singer, songwriter, composer, performer, educator and Scholar. Nowadays she is a PhD Candidate in Arts at Plymouth University (UK, 2018) and a visiting scholar at Columbia University (New York, US). She is launching now a project that proposes to capture the sound and visual memory of people.