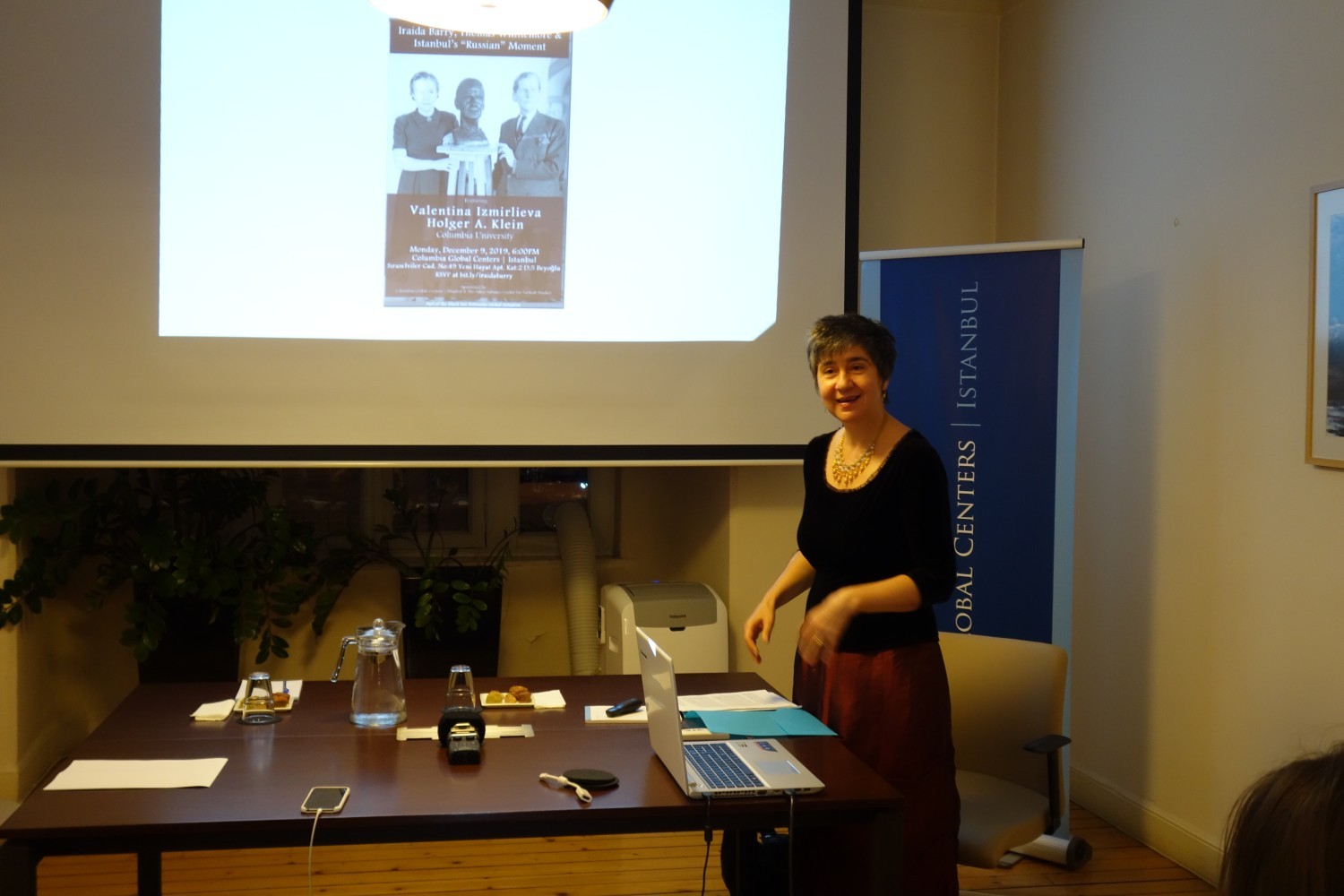 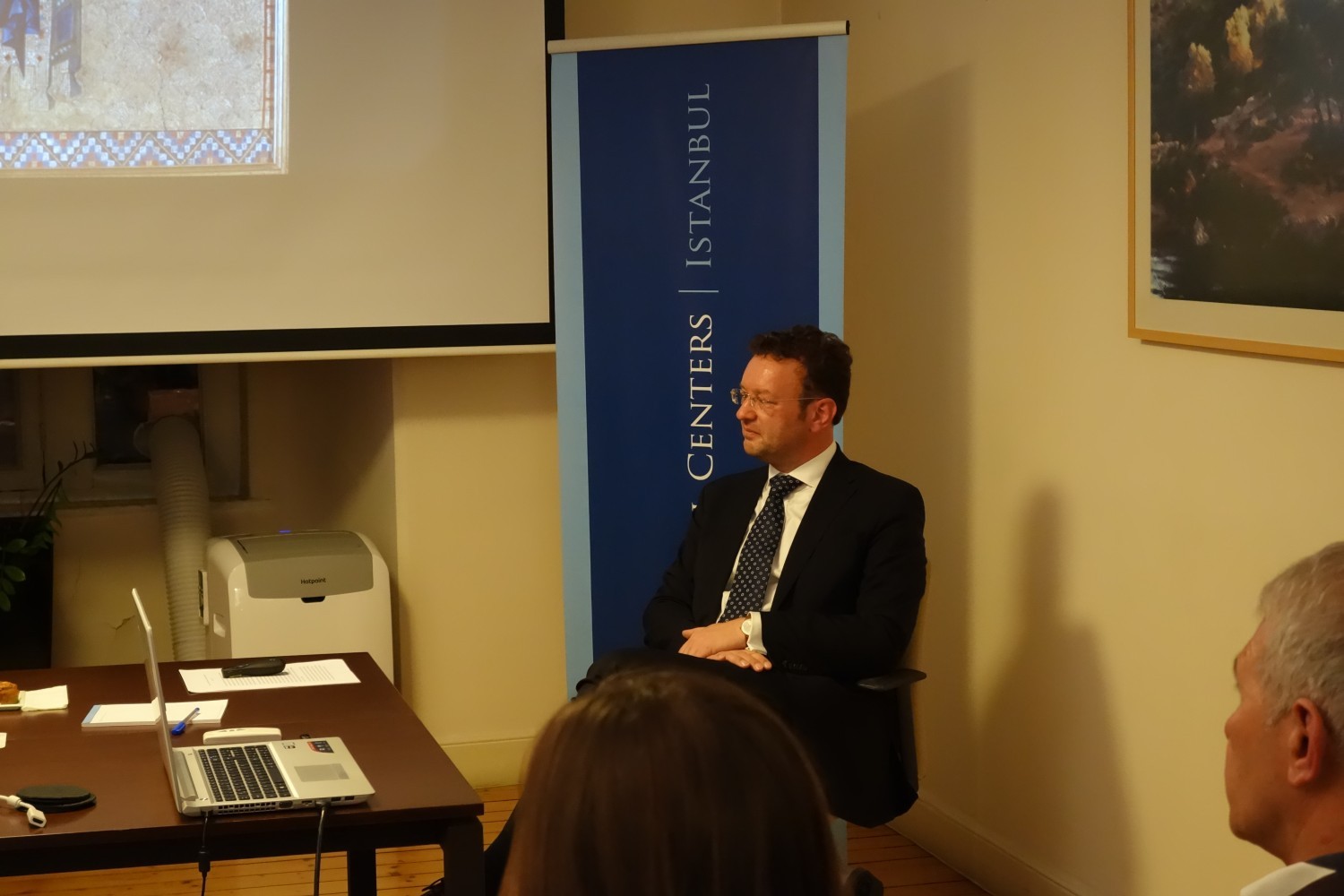 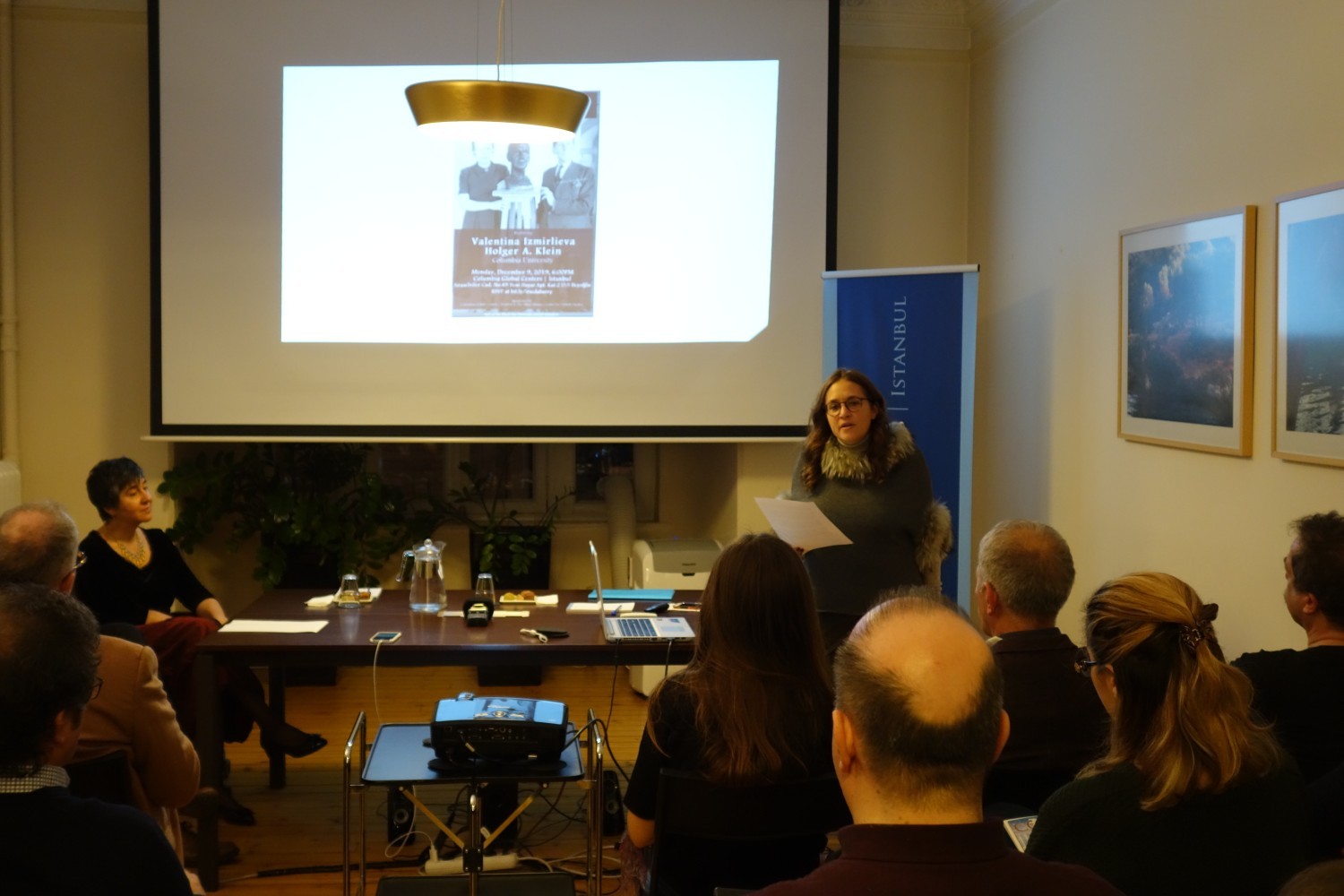 On December 9, 2019, Columbia Global Centers | Istanbul hosted Valentina Izmirlieva, Professor of Slavic Literatures and Cultures, and Holger A. Klein, Lisa and Bernard Selz Professor of Medieval Art History in the Department of Art History and Archaeology at Columbia University, for a talk on “Iraïda Barry, Thomas Whittemore & Istanbul’s “Russian” Moment.”

Few cities in the world have fascinated the Russian political imagination more than Istanbul. For centuries, the Russians called it “The City of the Tsar” (Tsargrad) and began to dream of reclaiming it for Eastern Christianity as soon as it fell to the Ottomans in 1453. During the First World War, the dream of a “Russian Constantinople” came deceptively close to becoming a reality, but the year 1920 crushed it with a dramatic and poignant twist. This lecture explored the brief yet consequential moment when Istanbul became almost “Russian,” in a rather unexpected conclusion to the age-old conflict between the Ottoman and Russian empires.

Surprisingly, the city’s importance for the dispersion of Russian ideas and culture in the 1920s has been unduly overlooked in Russian historiography. Similarly, the role of the Russian refugees in the history of modern Istanbul has only recently begun to receive the serious scholarly reflection it deserves. By opening a conversation on these concerns, this lecture sought to push against both customary narratives of Istanbul’s “Russian” moment and traditional models for making sense of forced migration as a global experience, past and present. The talk focused on two fascinating personalities, the Russian-born sculptor Iraida Barry and the American philanthropist Thomas Whittemore, founder of the Byzantine Institute of America, whose lives—each in its own way—were transformed during Istanbul’s “Russian” moment, reflecting the transformations of the city itself.