Media and Democracy in Brazil: Under Challenge

The event aimed to foster a debate on such situation in Brazil taking into account the increasing polarization of public opinion, the use of defamation and privacy laws and violence to silence journalists - especially at a time of political and economic turmoil in the country’s young democracy. The discussion evolved around the relations between the media, the public and government, the state of free speech in Brazil and elsewhere in Latin America, the way journalists are coping with the restrictions, the role of technology and social media, and the strategies for preserving and solidifying a credible press.

Besides the constant physical threats, journalists also face legislative and judicial actions, including defamation and privacy laws in Brazil. “Brazil is one of the many places where defamation laws are used to silence journalists. And this has become a real problem in Brazil, where powerful business men and celebrities can file lawsuits proving that their privacy had been invaded, and forcing important reporting to be taken down,” said Carlos Lauria. He cited the case of a journalist from a small radio station in Paraiba, who was sentenced to 8 months in jail and later sentenced for community service for defaming a business man.

As for Ricardo Gandour, his newspaper was forbidden to publish reports on the son of senator, Jose Sarney, from Maranhao, based on those privacy issues. “The newspaper got hold of some records that included some private conversation of Sarney’s granddaughter talking about jobs to someone in the senate. We just used parts of it, and they were of public interest, not private.”

Gandour claimed this is a “complicate debate”, as judges feel they improve society life by controlling the Press. “They believe that something will be better for the society if it’s not been published.” He also emphasized that “one can claim their rights on courts after publication, but never try to forbid before it’s published, as this is a form of censorship.”

"In Brazil, media companies are family owned. These includes newspapers, radio, TV, that make budget cuts, leaving some topics of society without coverage. This is a phenomenon not only happening in Brazil.”

“According to our research,” said Lauria, “ violence was one of the most important factor endangering the work of journalist and creating a difficult atmosphere.”  He added that globally, since 1992, about 1188 journalists were killed around the world, and last year, Syria was leading the statistics about journalists killed in modern times. But in South America, Brazil is one of the top three countries where journalists have been killed for their work in the past five years, ranking as high as Mexico and Colombia is in first place.

Many independent journalists have been killed in the past five years in Brazil, many running their own blogs, using social media, and doing criticism of crime or political figures, denouncing corruption, are endangering their lives and facing constant threats as they have no institutional support. Even though Lauria finds positive that bloggers found a voice and ways to communicate directly to a wide online audience in Brazil, he acknowledges their vulnerability. “The bloggers are working independently, without the protection of the big organizations.” To illustrate that reality, Lauria cited the case of Ivan Pereira Costa, a blogger from Rondonia recently shot five times as he was reporting on issues of lading disputes. Fortunately he survived,” said the speaker.

But not all is negative about the media landscape in Brazil. In terms of impunity, “Brazil is different,” said Lauria, “There is progress that the Brazilian judiciary has made, particularly regarding convictions. In the past two years alone, there has been two convictions. This is uncommon and unusual comparing to other countries like Syria, Russia Somalia, Philippines, Mexico, where the impunity rate is over 90%.” Lauria finds this to be an encouraging sign in combating corruption, not only restricted to journalist cases, but also for powerful business men who have been prosecuted for crime of corruption.

“In Mexico,” he said “impunity is overwhelming.” One can talk to Mexican journalists about the skepticism they feel regarding the safety of executing their job: Journalists that come from states where their colleagues are under threat don't trust the authorities at the federal level. This creates a real problem. Lauria talked about the case of a photographer who was killed, working in the state of Vera Cruz, one of the deadliest places in Mexico, where ten journalists have died and three have disappeared.

“In Brazil this doesn’t happen,” explained Lauria. The judicial system is slow, sometimes is too slow, but it does offer convictions,  “We have emblematic cases where, Lopez, a journalist from O Globo reporting undercover in a favela in Rio de Janeiro, was brutally murdered”, explained Lauria. “This is a very important development, as I said before it does happen anywhere in the world where journalists has been killed often. In Brazil there is journalist protection covering human rights offenders.”

“Brazil is one of the many places where defamation laws are used to silence journalists. Powerful business men and celebrities can file lawsuits proving that their privacy had been invaded, and forcing important reporting to be taken down.”

MEDIA’S ROLE IN THE POLARIZATION

Another important factor in this dialogue is polarization, and Ricardo Gandour touched on issues of freedom of expression and the challenges that the Brazilian media encounters in order to be objective within this context of political turmoil that the country is going through while facing an increased level of polarization. “Specially in Brazil, polarization refers to the old media against the new media, which is a false dilemma”, said Gandour.

According to Gandour, Brazil has a solid situation of freedom of expression which is dated back to the new Constitution from 1988, but with noticeable and important challenges that, he believes, must be addressed. He also explained in Brazil there is a layer, a battle that labels mainstream media as more conservative and the new media as more progressist. “This is a very particular situation, but it is a false antagonism”, he said.

He argues that Brazilian society is having an increasing level of polarization, specially related to the media, and in Gandour’s opinion it started in the second half of the first term of former President Luis Inacio da Silva. “There was no doubt that Lula put the public opinion against the media. I don’t have any doubt that on his second term, Lula played that role, he was a good political figure and good speaker.”

Gandour also made a point about justice regarding media privacy and freedom of expression. “Some judges feel they can improve society by controlling the press. They believe that something it will be better for the society if it’s not been published. It’s a complicated debate.” But, “we underline that one can claim their rights on courts after the publication, never try to forbid before it’s published, as this is a form of censorship.”

The change in the media business model is also seen as an issue: “The economy is very bad right now, market is pretty much impacted by huge fragmentation of the media environment. In this stage,  Brazilian media is compared to the rest of the world, and we know all the challenges involved in this transformation of the media environment, we see consolidation of  companies, we see the digital impact. In Brazil,  media companies are family owned and it’s difficult to try to solve those companies’ issues. These includes newspapers, radio, TV, who makes budget cuts, leaving some topics of society without coverage, which is a phenomenon, which is not only happening in Brazil. 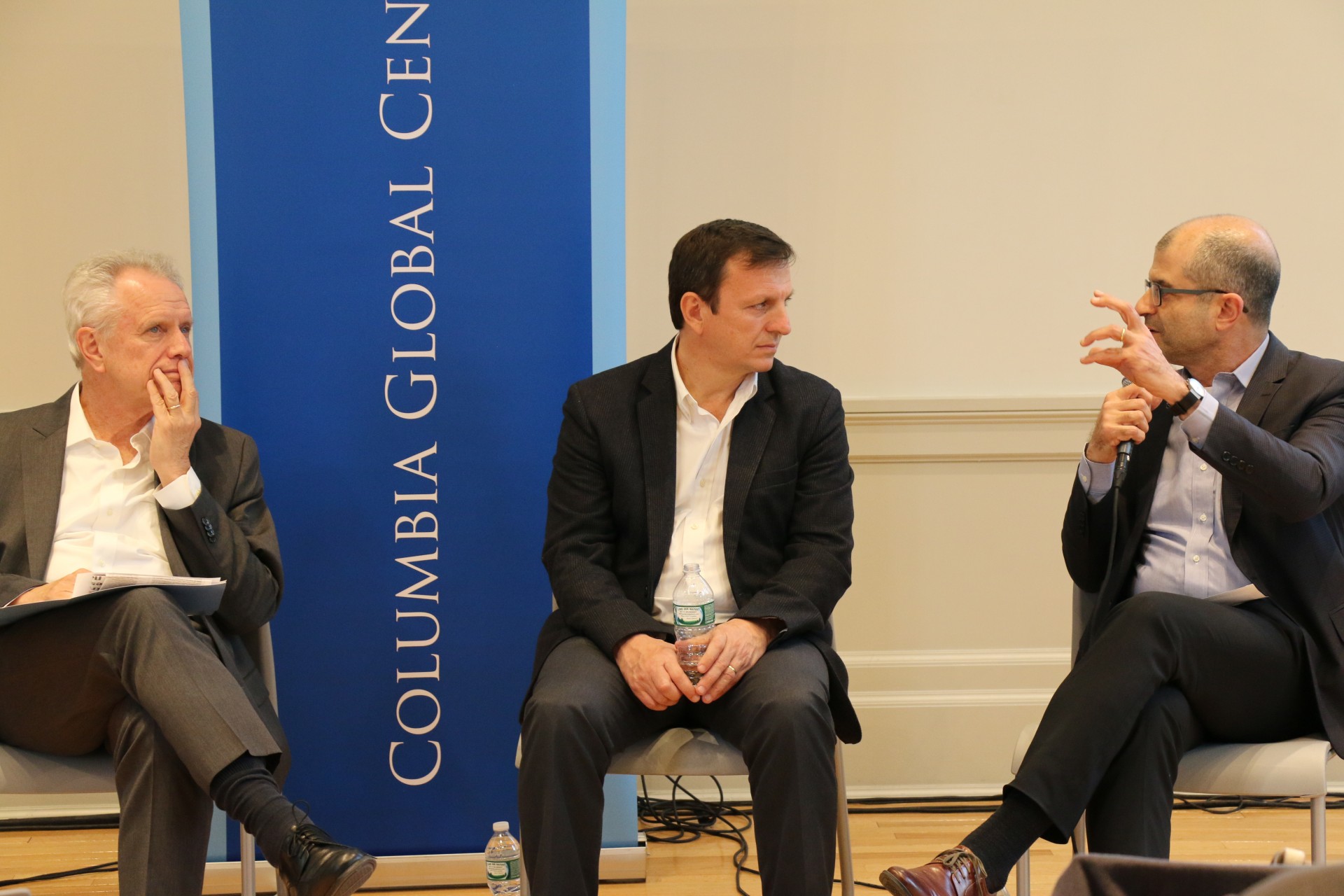 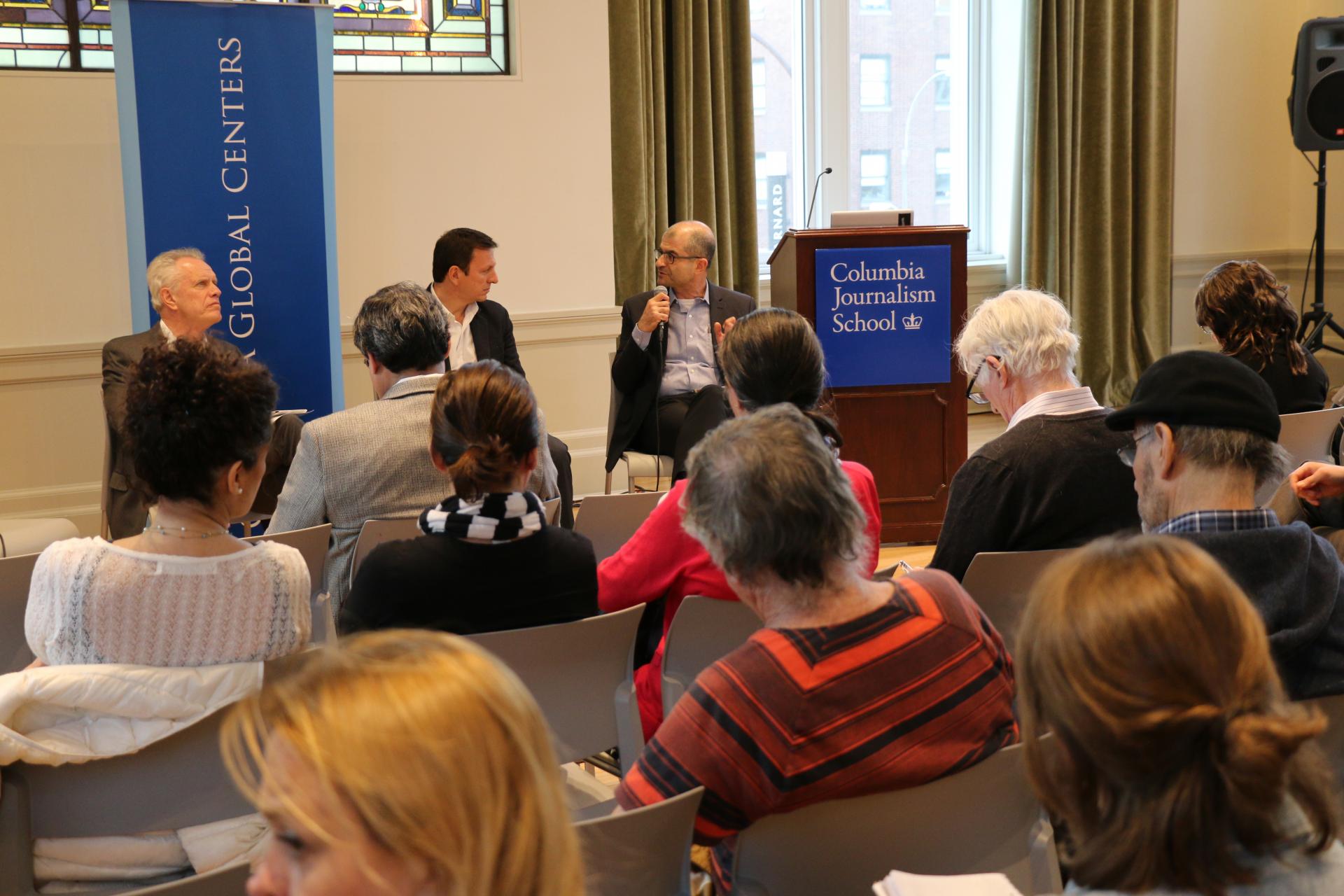