Nature and the Supernatural in Ottoman Culture Workshop 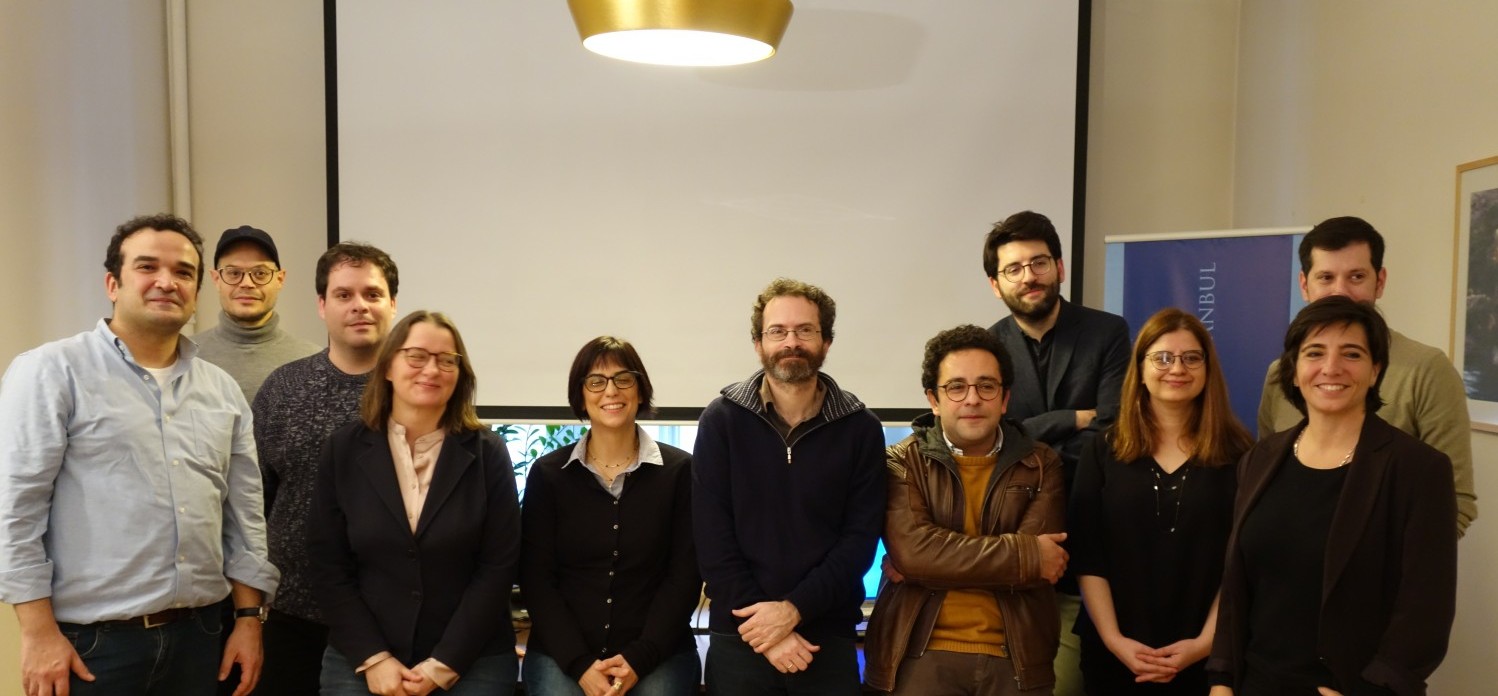 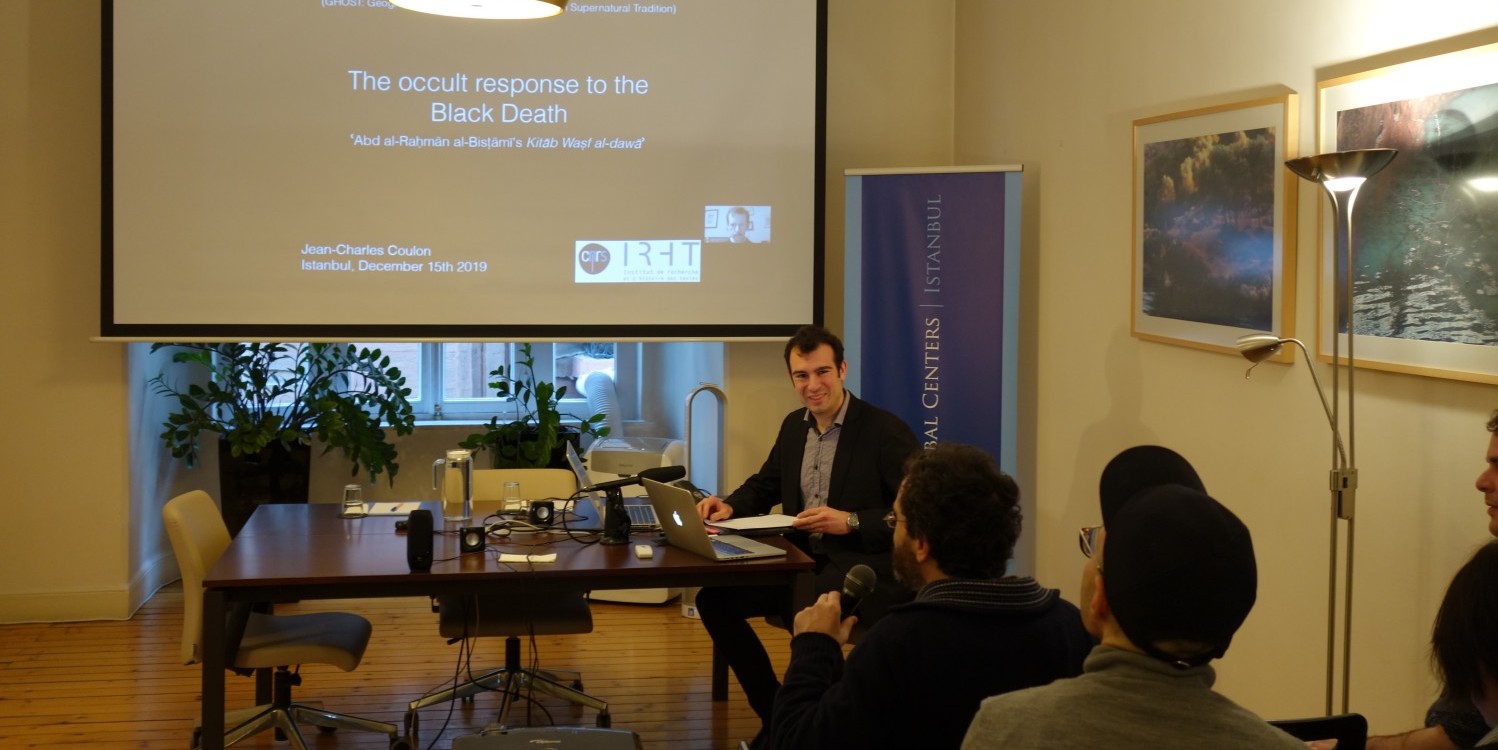 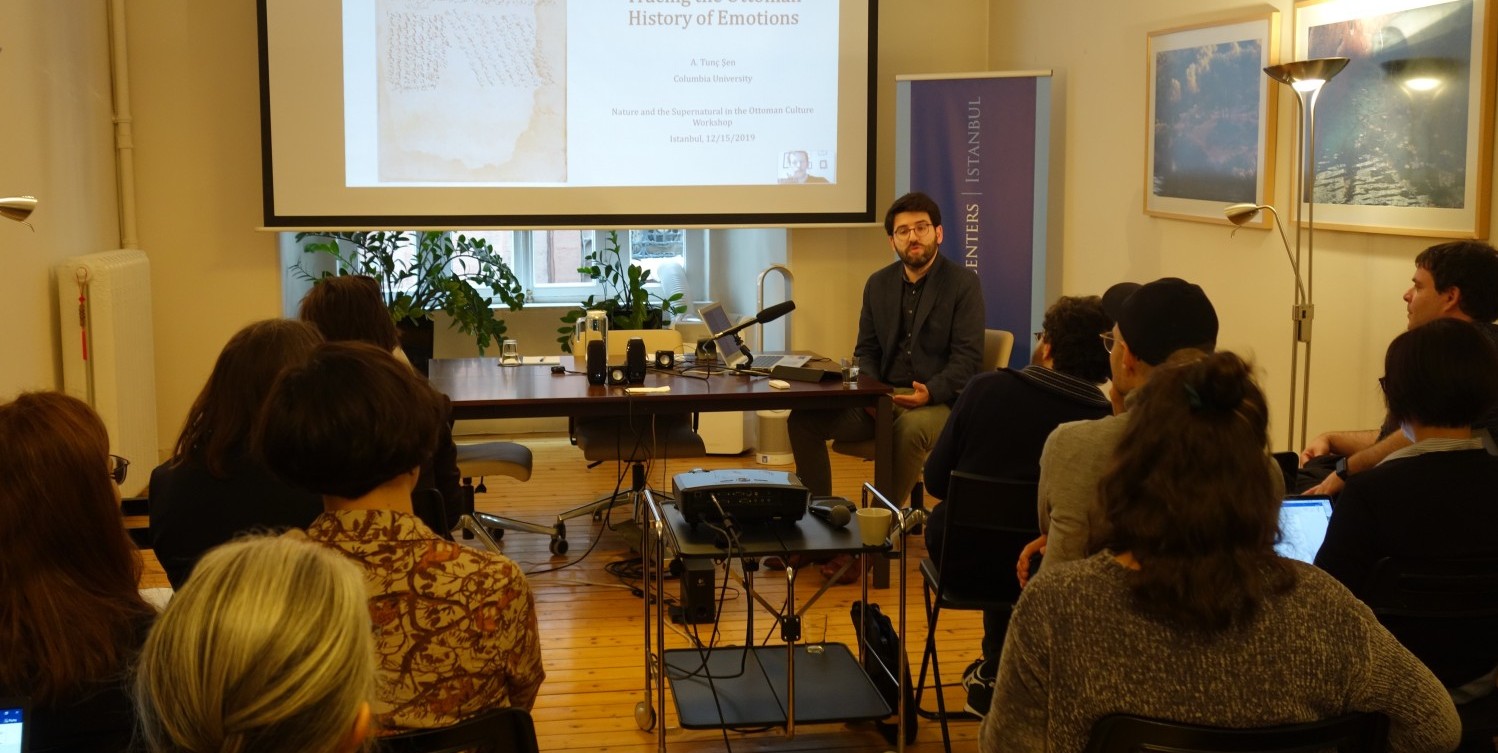 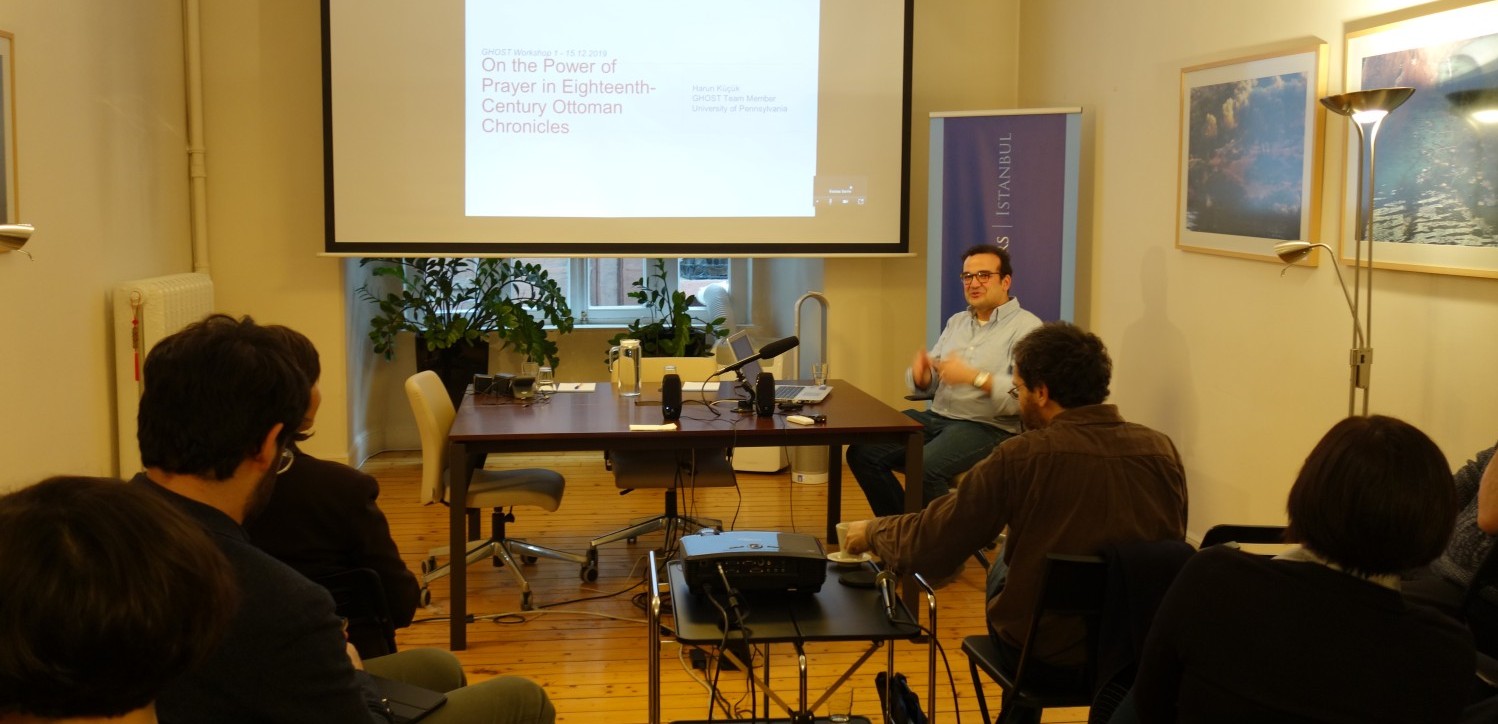 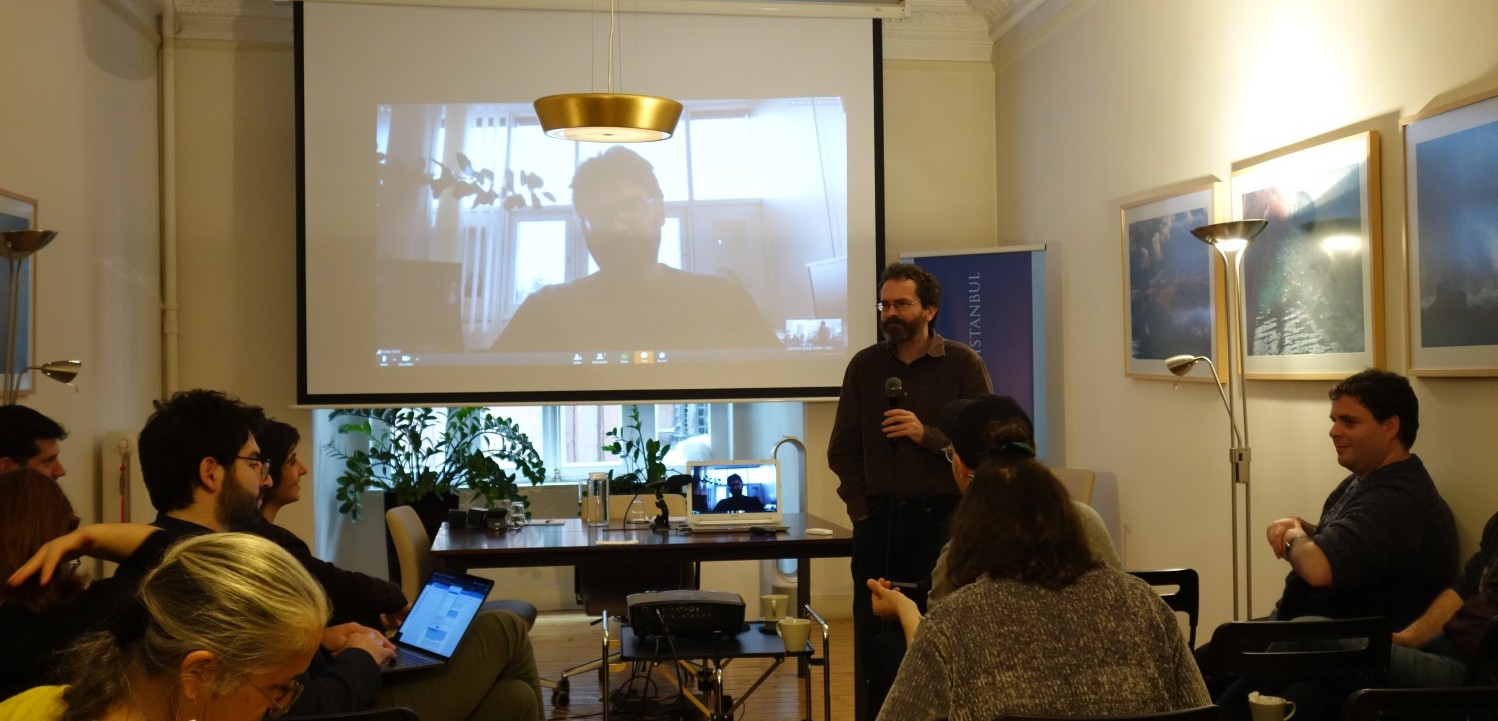 On December 14 and 15, 2019, Columbia Global Centers | Istanbul hosted the "Nature and the Supernatural in Ottoman Culture Workshop.” The international workshop was organized by the research project “GHOST: Geographies and Histories of the Ottoman Supernatural Tradition: Exploring Magic, the Marvelous, and the Strange in Ottoman Mentalities” and funded by the European Research Council.

From the point of view of cultural history, one may describe reality as a continuum, ranging from tangible objects to natural phenomena, from things of everyday experience to things felt but unseen, up to things (commonly) unfelt and unseen but, nevertheless, considered to exist. All these categories are divided by most human cultures into different spheres, some explicable, some ordinary, but with causes unattainable for the human intellect, and some completely inexplicable as pertaining solely to the will and actions of a supreme being. We name these spheres, whose borders and extent shift in history (e.g. through a “disenchantment” process) or even within a given culture at a given moment, as nature, the preternatural and the supernatural; and Islamicate cultures have seen the world through similar categories (aja’ib, ghara’ib, al-ghayb, kharik al-‘ada and so forth). Furthermore, cultures throughout history have developed technologies aiming to exercise some control over things considered beyond the grasp of the ordinary mind (magic, divination and other occult sciences).

Whereas not only European but also non-Ottoman (and especially pre-Ottoman) Islamicate perceptions and techniques dealing with the supernatural have been the object of intense study for more than a century now, very little work has been done with respect to Ottoman culture. No more than a handful of scholars have touched questions related to perceptions on what is supernatural and what is not, what can be explained and controlled and what is dependable only on God’s will, to what extent everyday reality is intermingled with supernatural elements. Nor do we have more than a very few studies of Ottoman occult sciences; while it is true that historians of Islamic magic often reach as far as Taşköprüzade and Kâtib Çelebi, they only do so through their works in Arabic and without examining their historical context.

The "Nature and the Supernatural in Ottoman Culture Workshop” sought to explore this research potential, gathering together scholars interested in the topic with the aim of future collaboration.

Güneş Işıksel, “Ḥamza in the realms beyond the mountain Ḳaf. Marvellous, magic and some minor chronotopes”

Visions of the World

Side Emre, “A preliminary study of mystical cosmologies in the early modern Ottoman world: authorship, esoteric content and inspirations in quest for a new type of learning”

Irvin Cemil Schick, “The legitimation of occult practices of dubious orthodoxy: a review of physiognomy, oneiromancy, and magic in Islam”

Marinos Sariyannis, “Knowledge and control of the future in Ottoman thought”

Guy Burak, “Materiality and ‘calligraphy’ in the section on invocations, prayers and magic squares in the Palace library of Bayezid II”

Ethan L. Menchinger, “The battle of Haçova/Mezőkeresztes (1596): myth, miracle, and political theology in the Ottoman Empire”