On April 20, Professor Albert Fishlow (Professor Emeritus both at the University of California, Berkeley and Columbia University) officially launched his new book “Agriculture and Industry in Brazil: Innovation and Competitiveness”, which has been co-written by José Eustáquio Vieira Filho, a researcher at Instituto de Pesquisa Econômica Aplicada -IPEA- (Institute of Applied Economic Research). The book launch took place at IPEA and was celebrated with a roundtable in which Fishlow and Eustáquio were joined by Regis Bonelli (researcher at Instituto Brasileiro de Economia - Brazilian Institute of Economics) and Edmar Bacha (economist and member of the Brazilian Academy of Letters) to discuss and comment the book.

The release tour in Brazil also covered the cities of São Paulo on April 19 and Brasília on April 18. 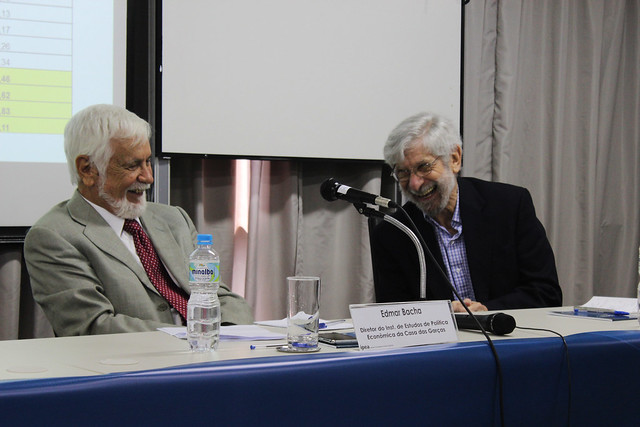