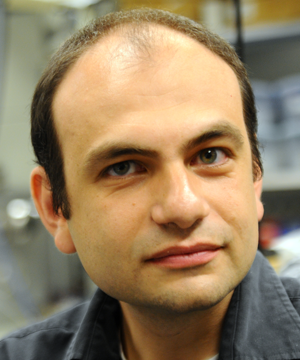 Ioannis (John) Kymissis is Professor of Electrical Engineering at Columbia Engineering, The Fu Foundation School of Engineering and Applied Sciences. His research focuses on the application of thin film materials in the development of new electronic and optical systems. His group especially focuses on the use of thin film and polymeric piezoelectric materials, organic semiconductors, and recrystallized semiconductor materials to design and implement new devices. Kymissis’s work is highly interdisciplinary and he works closely with chemists, material scientists, physicists, physicians, and other engineers both to implement a range of solutions and also study the performance of the devices and materials used to implement this new generation of electronics.  He also works with several companies both to commercialize inventions from his group and to develop new devices for application in commercially relevant systems.  He received a SB, M.Eng, and Ph.D. in Electrical Engineering and Computer Science from MIT in 1998, 1999, and 2003, following a post-doctoral appointment at MIT and a year at QDVision.