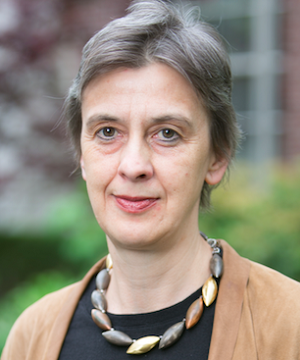 Katharina Pistor is the Michael I. Sovern Professor of Law at Columbia Law School and Director of the Law School’s Center on Global Legal Transformation. She obtained her law degree from Freiburg University in 1988 and qualified for legal practice in 1992 after clerking for the Hamburg Court of Appeals. She obtained a Masters in Law from the University of London in 1989; a Masters in Public Administration from the Kennedy School of Government in 1994; and a Doctorate in Law from the University of Munich in 1998.

Her research and teaching spans corporate law, corporate governance, money and finance, property rights, and comparative law and legal institutions. She has published widely including in the Journal of Comparative Economics and the American Law and Economics Review, and with Chicago and Columbia University Presses. In 2012 she was co-recipient (with Martin Hellwig) of the Max Planck Research Award on International Financial Regulation; in 2014 she received the Allen & Overy Prize for the best working paper on law of the European Corporation Governance Institute; and in 2015 she was elected member of the Berlin-Brandenburg Academy of Sciences. She is also the recipient of research grants by the Institute for New Economic Thinking and the National Science Foundation.