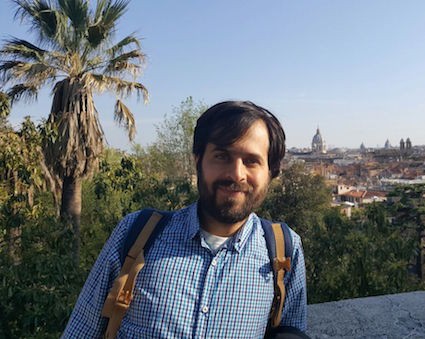 Ahmed Fatima Kzzo is an archaeologist of the ancient Middle East. He holds a PhD from the University of Rome "Sapienza" and a BA from the University of Aleppo. His doctoral research focused on the study of garments in Syria during the third millennium B.C. More recently, his research focus shifted to the study of glyptic art, specifically on cylinder seals from Ebla during the second millennium B.C.

In addition to being a member of the Italian Expedition to Ebla since 2004, Ahmed has participated in various archaeological projects, including excavations at al-Bimarestan al-Nuri (Aleppo) and Çatalhöyük (Turkey). He has also conducted survey and archival work on inscriptions from the Ottoman period in the Aleppo Region. Ahmed’s other scholarly interests include ideas of cultural heritage and national identities.

Since completing the fellowship, Ahmed gave a course Archaeology, Museums and Identities in the Middle East at Potsdam University. He was also invited to present his book, "Racconto d'Egitto", in the First Congress for Archaeology of Landscape and Historical Geography at the University of Rome "Sapienza".