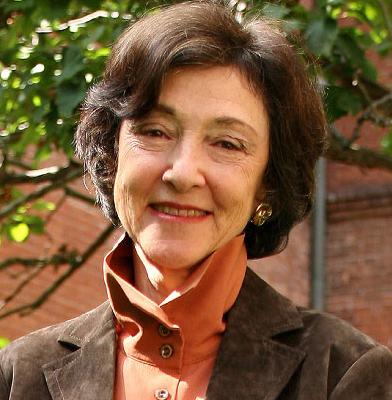 Professor Gluck writes on modern Japan and East Asia, twentieth-century global history, World War II, and the history-writing and public memory. At Columbia she has taught undergraduates, graduate students, and students in SIPA for more than 30 years.

She has contributed to innovations in undergraduate education at Columbia and around the country, most recently in a four-year $2-million project on Expanding East Asian Studies (www.exeas.org). Her PhD students now teach in universities across the United States, Asia, and Europe.

A prize-winning historian, her most recent book is Words in Motion: Toward a Global Lexicon, coedited with Anna Tsing (Duke University Press, 2009). Her next book, Thinking with the Past: Modern Japan and History, will be published by the University of California Press in 2012. Her most recent article is "The End of Elsewhere: Writing Modernity Now," American Historical Review (June 2011). Her media publications include a column in Japanese for Newsweek Japan from 2000 to 2006 and occasional pieces in the US and Japanese press.

Her lectures and conferences this past year included keynote addresses at conferences in Brasilia, Vancouver, and London; lectures in France, Amsterdam, and universities in the United States, including the George Bancroft Memorial Lecture at the United States Naval Academy. She also moderates a seminar at the Aspen Institute each summer.

In 2006 she received the Order of the Rising Sun, Gold Rays with Neck Ribbon, from the government of Japan and in 2002 was honored with the Japan-United States Fulbright Program 50th Anniversary Distinguished Scholar Award. She is an elected member of the American Academy of Arts and Sciences and the American Philosophical Society. Current activities include the National Coalition on Asian and International Studies in the Schools, the board of trustees of Asia Society, the board of directors of the Japan Society, elected member of the Council of the American Academy of Arts and Sciences, and others. She will be the Distinguished Visitor in the Program in U.S.-Japan Relations at Harvard in March, 2009.

At Columbia she is a member of the Committee on Global Thought and directs the WEAI publications program, working with Dan Rivero and others to produce three series (Studies of the Weatherhead East Asian Institute, Weatherhead Books on Asia, and Asia Perspectives). Her activities this past year have included her positions as elected member of the Council of the American Academy of Arts and Sciences, cochair of the Trustees Emeriti of the Asia Society, board of directors of Japan Society, board of the Weatherhead Foundation, and numerous editorial boards and national committees.

Professor Gluck received her BA from Wellesley in 1962 and her PhD from Columbia in 1977. She joined the Columbia faculty in 1975.