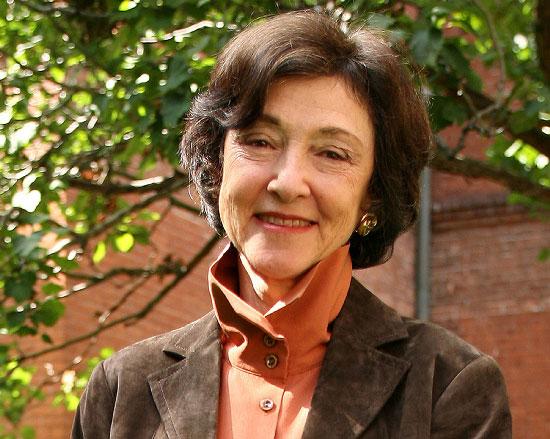 Professor Gluck writes on modern Japan and East Asia, twentieth-century global history, World War II, and the history-writing and public memory. At Columbia she has taught undergraduates, graduate students, and students in SIPA for more than 30 years.

A prize-winning historian, her most recent books are Shisōshi toshite no gendai Nihon [Thought and society in contemporary Japan], coedited with Akio Igarashi (Iwanami shoten, 2016) and Words in Motion: Toward a Global Lexicon, coedited with Anna Tsing (Duke University Press, 2009). Thinking with the Past: Modern Japan and History, will be published by the University of California Press in 2016, and Past Obsessions: World War II in History and Memory is forthcoming from Columbia University Press. Her articles this year include “Une métahistoire de l’historiographie japonaise d’après-guerre » [A meta-history of postwar Japanese historiography], in L’histoire du Japon et l’histoire au Japon (Regards sur l’histoire, 2016), “Kindai Nihon ni okeru ‘sekinin’ no hen’i [Changes in the meaning of ‘responsibility’ in modern Japan] in Shisōshi toshite no gendai Nihon (Iwanami shoten, 2016), and a short piece on “The Seventieth Anniversary of World War II’s End in Asia,” Journal of Asian Studies 74, no. 3 (August 2015).

She was the Cleveringa Professor for 2014-15 at Leiden University has spoken in Tokyo, Oxford, Paris, Beijing, Accra, and the Hague; she was a Japan Foundation Visiting Professor at the University of Oslo and gave the Marius B. Jansen Memorial Lecture at Princeton and the Nancy Bernkopf Tucker Memorial Lecture at the Woodrow Wilson Center in Washington. She also moderated seminars for the Aspen Institute in Colorado and Berlin. She directs the transnational project on The Politics of Memory in Global Context.

She has contributed to innovations in undergraduate education at Columbia and around the country, most recently in a four-year $2-million project on Expanding East Asian Studies. Her PhD students now teach in universities across the United States, Asia, and Europe.

She is a founding member and now the chair of Columbia’s Committee on Global Thought, and co-directs the WEAI publications program, working with Ross Yelsey and others to produce the Studies of the Weatherhead East Asian Institute, Weatherhead Books on Asia, and Asia Perspectives. She is the Columbia coordinator of the international Consortium on Asian and African Studies (CAAS),a member of the Provost’s Advisory Committee on the Libraries, and vice-chair of the faculty steering committee of the Columbia Global Center | Europe. She is a member of the National Commission on Language Learning, an elected member of the Council of the American Academy of Arts and Sciences, co-chair of the Trustees Emeriti of the Asia Society, member of the Board of Directors of Japan Society, the board of the Weatherhead Foundation, and numerous editorial boards and national and international committees.

Professor Gluck received her BA from Wellesley in 1962 and her PhD from Columbia in 1977. She joined the Columbia faculty in 1975.