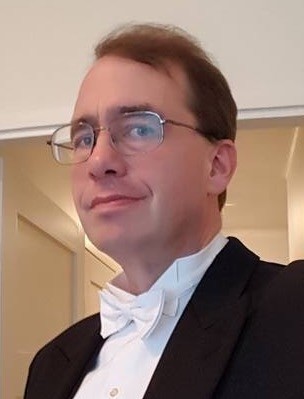 Professor of Neurobiology at the Columbia University Medical Center

His research is focused on development and application of computer software for statistical genetics applications including software for joint linkage and linkage disequilibrium analysis on arbitrarily large pedigrees (Pseudomarker) and software for assisting in the study design process for linkage and linkage disequilibrium analysis (Detectance) in collaboration with researchers at the University of Helsinki; and software for simulating the evolution of phenogenetic relationships on a genome-wide scale under various models of mutation, selection, and population demographics (ForSim) in collaboration with researchers at Penn State University.

Additionally he is involved in study design and data analysis from numerous field studies in Kazakhstan, Finland, Korea, Venezuela, Mongolia, Russia, China, and Sweden among others. In furtherance of the latter applied aims,  he organizes and teaches workshops on "Logical Reasoning in Human Genetics" in various places throughout the developing world, where the potential human genetic resources far surpass what one could ever hope to accomplish in cosmopolitan western societies like our own."

At present, he is also co-Principal Investigator on an exchange program between Columbia University and Kim Il Sung University in Pyongyang, DPR Korea, which was funded by the President's Global Initiative Fund. He also teaches evolutionary genetics in the DPR Korea at the Pyongyang University of Science and Technology, and has been actively collaborating with the American Association for the Advancement of Science on their science diplomacy programs with the North Koreans for many years.