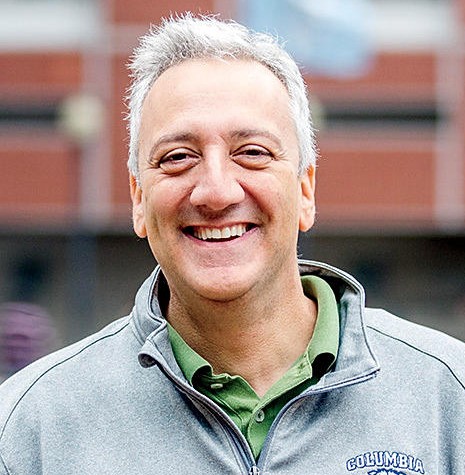 Mike Massimino, a former NASA astronaut, is a Professor of Mechanical Engineering at Columbia University. He teaches and advises research in spaceflight topics including human factors, robotics, extra-vehicular activity (spacewalking), displays and controls, and planetary exploration.  He served as a NASA Astronaut from 1996-2014, flying in space twice and walking in space four times for the final two Hubble Space Telescope servicing missions. Mike’s particular interests focus on the design requirements and challenges of sending people to space.  These interests include the history of spaceflight, the space environment, spacecraft design, spacesuits, tool and techniques for spacewalking, psychology of spaceflight, training, mission control, robotics, environmental control and life support, aerospace medicine, and habitability.  As an astronaut he set team records for spacewalking time on Space Shuttle missions, and was the first person to tweet from space.  Mike has played himself on the CBS sitcom The Big Bang Theory; and is the author of New York Times bestselling book, Spaceman: An Astronaut’s Unlikely Journey to Unlock the Secrets of the Universe. Mike received his BS in Industrial Engineering from Columbia University in 1984, an MS in Mechanical Engineering from MIT in 1988, and MS in Technology and Policy from MIT in 1988, the Degree of Mechanical Engineer from MIT in 1990, and a Ph.D. in Mechanical Engineering from MIT in 1992.  He is a Fellow of the Explorer’s Club and an Advisor at Intrepid Sea, Air, and Space Museum.