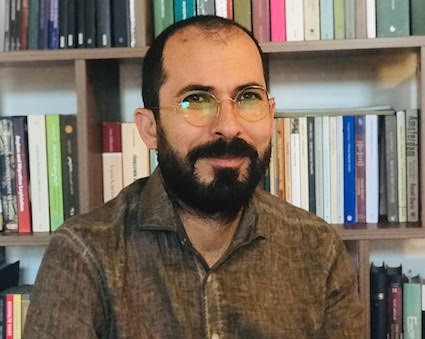 Discourse Analysis and Comparison of the New Social Movements in Iran

Teoman Aktan is a political scientist with a focus on national policies, human rights, and social justice in Iran. He holds a PhD in Political Sciences and Public Administration from Istanbul University, and a BA from Khoy Payame Noor University. His doctoral thesis focused on the genealogy of autonomy, with Iran and Azerbaijan serving as case studies.

Teoman's research interests include political history, history of thought, migration, local governments, and ethnic studies. He has carried out research projects on organizational commitment (2010), ethnic nationalism (2011), and the intergenerational value conflicts between different generations in Iran (2012).

Since 2017, Teoman has been collaborating as a social worker and interpreter with several non-governmental organizations on issues related to refugees in Turkey.

“The Role and Responsibilities of Interpreters in the Healthcare Setting”, part of a webinar organized by Ardıç Solidarity Foundation with the support of Heinrich Böll Foundation. June 13, 2020