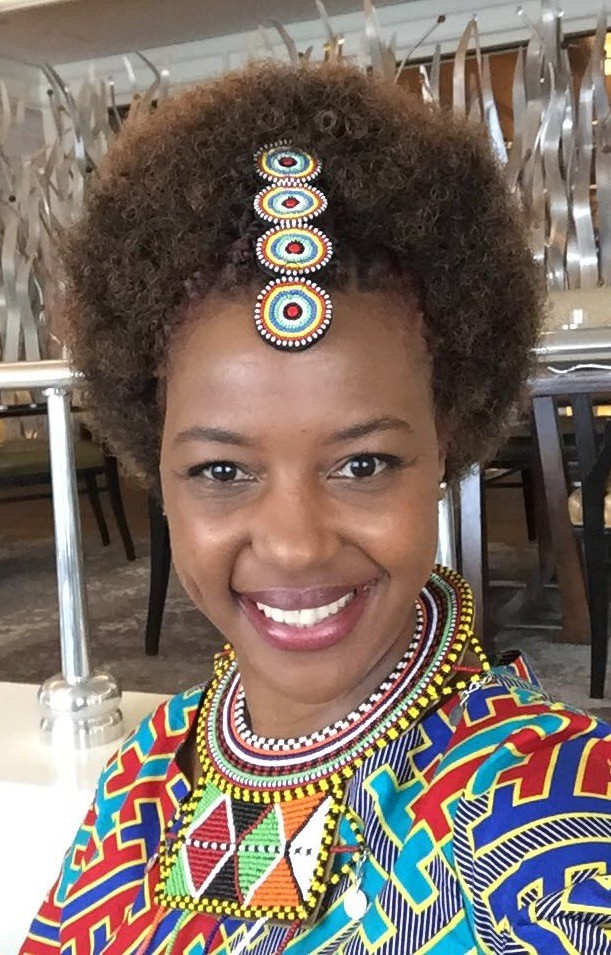 Wanjiru Waweru Waithaka is a graduate of Interior Architecture from the Glasgow School of Art, University of Glasgow.

She successfully founded and run an interior architecture consultancy called Amber Africa for 10 years. Her clients were individuals, hotels and multinationals within East Africa.

Funkidz Limited is an exciting, innovative children’s brand that designs and manufactures products targeting children from age 0-16 years. Funkidz has several brands to it all, geared to creating world class products. FunkidzTech through Kidz Go Tech is focused on Transforming and leap frogging education on the African continent experientially using 21stcentury learning by way of using storytelling, tech sensory learning and animation.

What gets Wanjiru up every morning is a burning fire and desire to make a positive difference in the society she lives in and in the world at large. Wanjiru strives to do this using her gift of creativity. Being a creative entrepreneur, innovator and manufacturer makes her heart beat.

Being an entrepreneur is not enough for Wanjiru as she believes in mentoring young men and women whenever she can, to believe that they can be anything they dream they can be, as well as their dreams are valid regardless of the environment they live in or were born into. Wanjiru believes by doing what she does every day, taking a step at a time she can be part of a positive change in Africa for young entrepreneurs. She hopes to influence mindsets of “small road side trading mentality in Kenya/ Africa and instead become a continent of industrialist, both men and women.

She has a passion for empowering women and youth in entrepreneurship and has been selected on several occasions to be a panelists locally and internationally.

In February 2015, Wanjiru was selected to showcase what she does with the Funkidz Education program Kidz Go Tech, by UNESCO and UN Women during the Mobile Learning Week 2015 in Paris.

In December 2015, Wanjiru was invited by the VP of Facebook EMEA to speak to 650 women in Dublin about leading and living with purpose in her industry in Africa. She was the only Kenyan to be invited from Kenya.

The lack of homegrown technical skills in manufacturing in Kenya, led to Wanjiru starting in May 2016, an in house Funkidz training program for capacity building of carpenters and joiners in Kenya to global standards.

In June 2016, Wanjiru was invited to the United States of America courtesy of Goldmansachs to share more about her business as a woman in a male dominated industry in Kenya, making a positive impact in her community. She got a special mention and commendation by the US First Lady Michelle Obama for her business and being part of a positive education change for children in Africa the area of technology and manufacturing.

In October 2016, Wanjiru received an award from Goldmansachs for being one of 1 of 2 selected Women global leaders for the work her company does in paying it forward in the community through the initiative Kidz Go Tech. In March 2017, Wanjiru and her company received a global award in Barcelona from GSMA , Women 4 Tech award ,for being a business that uses mobile technology to teach children experientially.

In May 2017, Wanjiru was selected to participate as a speaker at the World Economic Forum for Africa, in Durban South Africa.

2018, Wanjiru innovated a sustainable board for the construction industry using agro waste. First project of its nature in Kenya, disrupting through innovation, solving global sustainable challenges in the built environment.

In March 2019, Funkidz received an award from the Government of Kenya, Ministry of Environment for their innovative solution towards addressing Environmental Challenges and their contribution to Sustainable Consumption and Production.

In the same month , March 2019 Wanjiru received an award from the Kenya Association of Manufactures in recognition of her contribution to the manufacturing pillar in Kenya and elevating women in manufacturing.

Columbia University's Global Centers were founded to connect the local-regional, continental to the global through dialogue, engagement, and collaboration. This collaboration through higher education research and concerted participation is the approach to global challenges and seek comprehensive redress through collaborative approaches.  President Lee C Bollinger echoed these sentiments during his annual tour of the Nairobi Center this January.