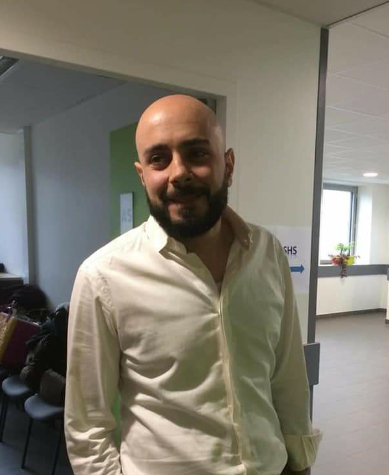 Research Topic
Political Philosophy and State Theory: Relationship and Dependency between Regime and State in the Arab World and the Middle East

Mohamad Moustafa Alabsi earned his Ph.D. in Political Philosophy from the University of Grenoble-Alpes/France. In his thesis, he focused on the relationship between the Regime and the State in the Modern and contemporary Middle East. He also examined the notions of “enemy”, “revolution” and “civil war” in political and legal theories as well as in the Arab Spring lessons and realities. His research areas are philosophy of law, political philosophy, the forms of regimes and of dictatorships, the totalitarian movement, and the One-Party State. Mustafa is currently giving a course at Off University with another Mellon Fellow – Rand Abou Ackl – titled Heritage, Politics and Modern State in the Middle East, hosted by Ludwig-Maximilians Universtät München. The aim of such a study is to examine and question the civil society role in leading a democratic and pluralistic project of change and the reasons why such a philosophical corpse is not efficient yet.

His research at Columbia Global Centers | Amman addresses the future perspectives of the region, especially from the political theory’s standpoint. The research's aim is to introduce the Arabic legal thought to the theoretical and legal distinctions between Regime and State, and between Legality and Legitimacy.