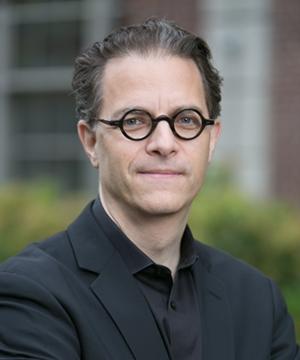 Bernard Harcourt
Isidor and Seville Sulzbacher Professor of Law, Professor of Political Science, and director of the Columbia Center for Contemporary Critical Thought

Bernard E. Harcourt is Isidor and Seville Sulzbacher Professor of Law, Professor of Political Science, and director of the Columbia Center for Contemporary Critical Thought at Columbia University. His scholarship intersects social and political theory, the sociology of punishment, and penal law and procedure.

He has authored several books, including Exposed: Desire and Disobedience in the Digital Age, Harvard University Press, 2015, reviewed in the New York Review of Books, the L.A. Review of Books, The Intercept, Book Forum, The New Republic, and the Times Literary Supplement. He also authored The Illusion of Free Markets: Punishment and the Myth of Natural Order, Harvard University Press, 2011, and Occupy: Three Inquiries in Disobedience, (with W. J. T. Mitchell and Michael Taussig), University of Chicago Press, 2013.

Harcourt is a directeur d’etudes at the Ecole des hautes etudes en sciences sociales in Paris. He has taught at several universities, including, most recently, as the University of Chicago’s Julius Kreeger Professor of Law and Political Science and chairman of the political science department. Harcourt represented death row inmates in Montgomery, Ala., at what is now the Equal Justice Initiative. He continues to represent inmates sentenced to death or life imprisonment without parole pro bono. He has also served on human rights missions in South Africa and Guatemala.

Harcourt will serve as visiting professor at the Institute for Advanced Study in 2016-2017.

'State control over citizens passes through our smartphones'. Interview with the philosopher Bernard E. Harcourt

‘Let’s rock’: The last words of a double-murderer who chose the electric chair over lethal injection

AI in the Court: When Algorithms Rule on Jail Time