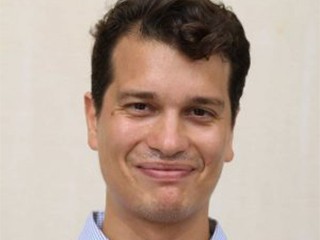 Over the next year, I'd like to set up an initiative with the Global Center in Amman working on economic policy in Jordan, with a focus on taxation and public spending. The initiative would have two core missions. First, to perform frontier academic research on real policy questions facing the Jordanian government today. This rigorous evidence base will then be used to make immediately usable policy recommendations to the government. Second, a teaching mission on two fronts. First, capacity building within the Jordanian government through workshops on evidence-based policy design and policy impact evaluation. Second, bringing Columbia graduate students interested in economic policy in low- and middle-income countries to Jordan to work with government officials on real-world policy problems and develop their dissertation research.

I have taken several steps already towards establishing a partnership with the Royal Court in Jordan through the International Growth Centre, a research consortium based at the London School of Economics. The Royal Court reached out to IGC to request support for medium-term fiscal reforms, and they created the link to me. The Royal court is interested in partnering to support the government's efforts to increase domestic resource mobilization by reducing tax evasion, restructuring payroll taxes and improving tax policy.

We have had several iterations by phone and email, and I am scheduled to make a first visit during spring break to work out the details. Following this, I will hire a Columbia graduate student to work with me on developing the initiative, and make follow-up trips to Jordan. By the end of the planning grant, we will have the initiative set up and secured funding for it. We aim to have our first set of workshops with graduate students, faculty, and government officials to launch the initiative about 15 months from now.