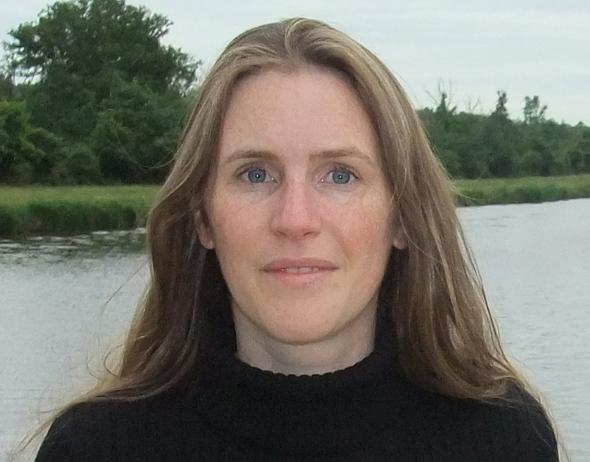 Severine Autesserre is an award-winning researcher and author on war and peace. She’s an expert in peacebuilding, peacekeeping, international aid, and African civil wars, especially in the Democratic Republic of Congo. She is the author of the books Peaceland and The Trouble with the Congo, as well as 27 scholarly, policy, and news articles.

She is currently researching a new project that examines successful international contributions to local and bottom-up peacebuilding. Her 2014 article in International Peacekeeping develops some of the early ideas for this research. Her 2017 article in the International Studies Review, her Op-Eds in the Washington Post (here and here), and her Foreign Affairs pieces (here and here) present her first findings. In academic years 2016-2018, she will work full time on this project as a Carnegie Fellow, with additional research support from the Folke Bernadotte Academy and the Gerda Henkel Foundation.

Her previous research focused on the everyday elements that influence peacebuilding interventions on the ground. It included extensive fieldwork in the eastern Democratic Republic of Congo and briefer comparative research in Burundi, Cyprus, Israel and the Palestinian Territories, South Sudan, and Timor-Leste. The book based on this research, Peaceland: Conflict Resolution and the Everyday Politics of International Intervention, was released by Cambridge University Press in 2014. It won the 2016 Best Book of the Year Award and the 2015 Yale H. Ferguson Award from the International Studies Association as well as honorable mentions for three other book prizes (the 2015 Book of the Year Prize from the Conflict Research Society, the 2015 Chadwick Alger Prize from the International Studies Association, and the 2014 African Argument Book of the Year). Findings from this project have also appeared in Critique Internationale and African Affairs (the latter piece won the 2012 Best Article award from the African Politics Conference Group).

Her earlier research project focused on local violence and international intervention in the eastern part of the Democratic Republic of Congo, where she travelled regularly since 2001. The fieldwork and analysis culminated in The Trouble with the Congo: Local Violence and the Failure of International Peacebuilding, released by Cambridge University Press in 2010. The book won the 2012 Grawemeyer Award for Ideas Improving World Order and the 2011 Chadwick Alger Prize presented by the International Studies Association to the best book on international organizations and multilateralism. Research for this project has also appeared in Foreign Affairs, International Organization, the Review of African Political Economy, the African Studies Review, the African Security Review, International Peacekeeping, the Revista de Relaciones Internationales, and the Journal of Humanitarian Affairs.

There’s another way to build peace. And it doesn’t come from the top down