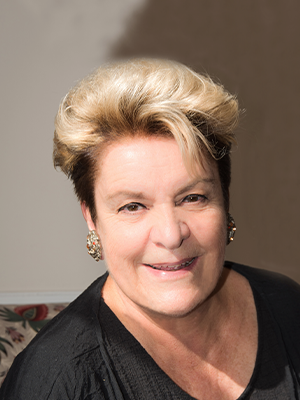 Brunhilde Biebuyck has worked at Reid Hall since 1984. Before becoming the director of Columbia Global Centers | Paris, she headed the Columbia-Penn undergraduate program in Paris and Columbia’s MA Program in French Cultural Studies. She has lived in the Republic of Congo, various parts of the USA, and France.

After earning a PhD from the Folklore Institute at Indiana University (1981), she worked as a research associate with a team of linguists at the Centre Nationale de la Recherche Scientifique (CNRS). She has collaborated on numerous publications and translations and serves on the editorial boards of the Classiques africains, a prestigious collection of works on African poetry and prose, as well as the Cahiers de Littérature Orale, the only academic journal in France devoted to oral literature.

Her research concentrates on oral traditional narrative, and she is currently working on the French and English translations of an epic collected by her father, Daniel P. Biebuyck, among the Balega (DRC) in 1951.