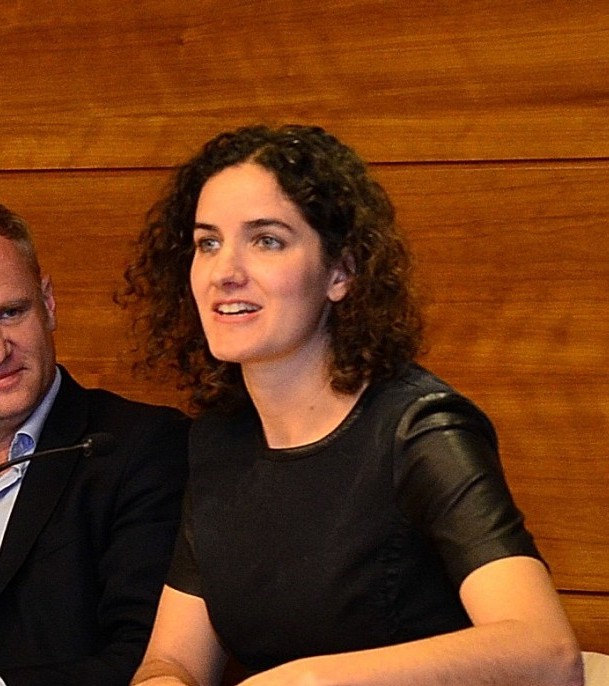 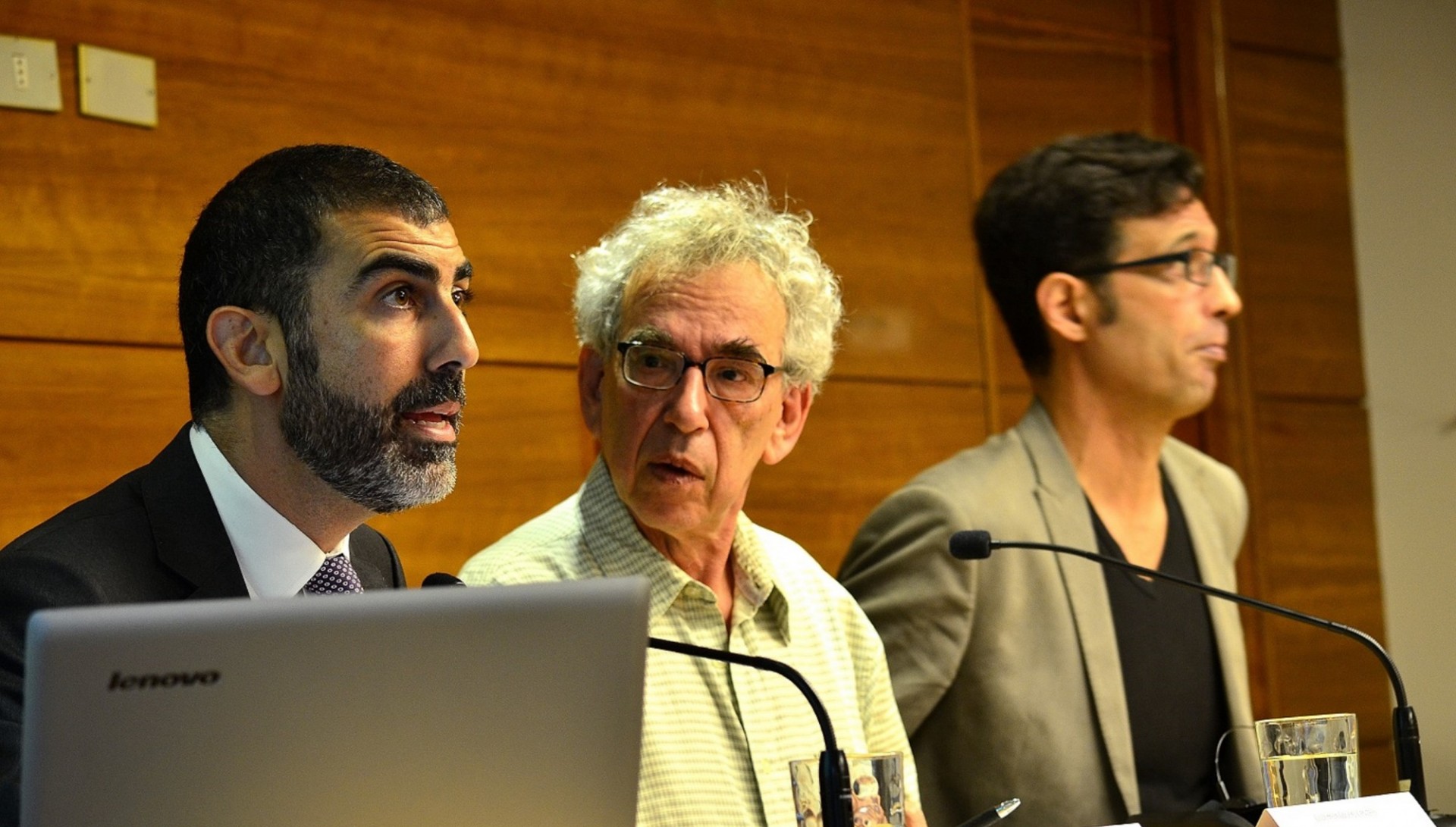 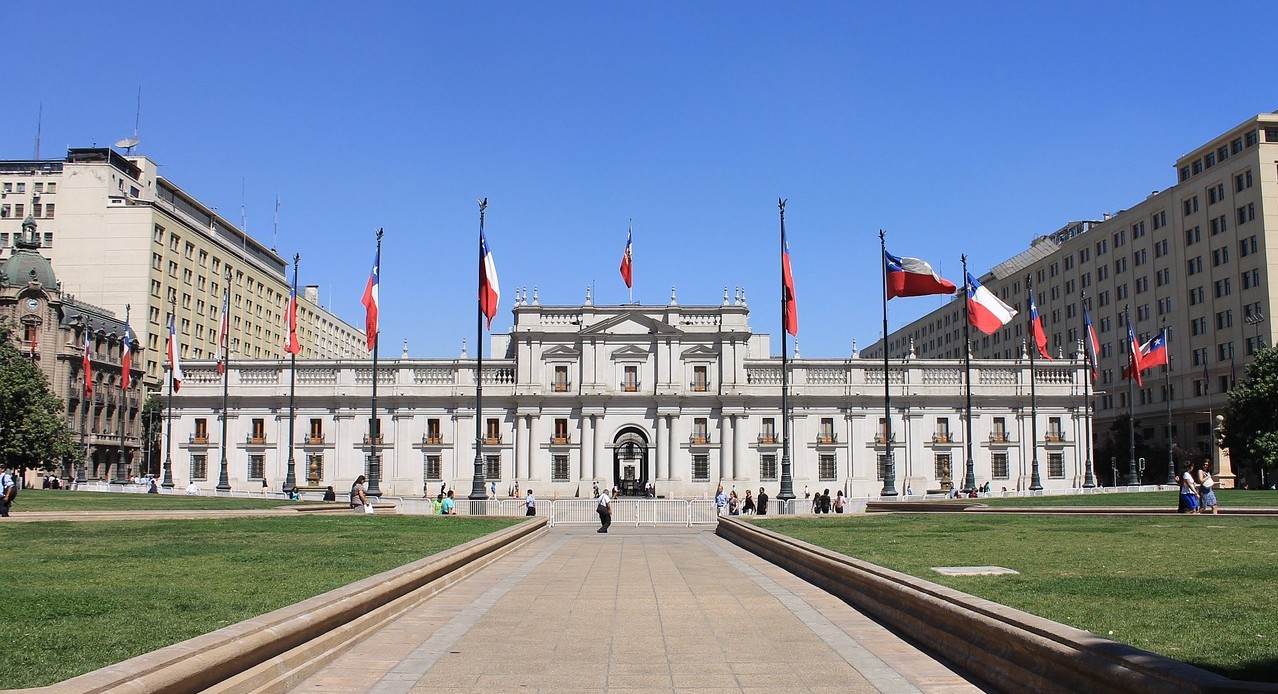 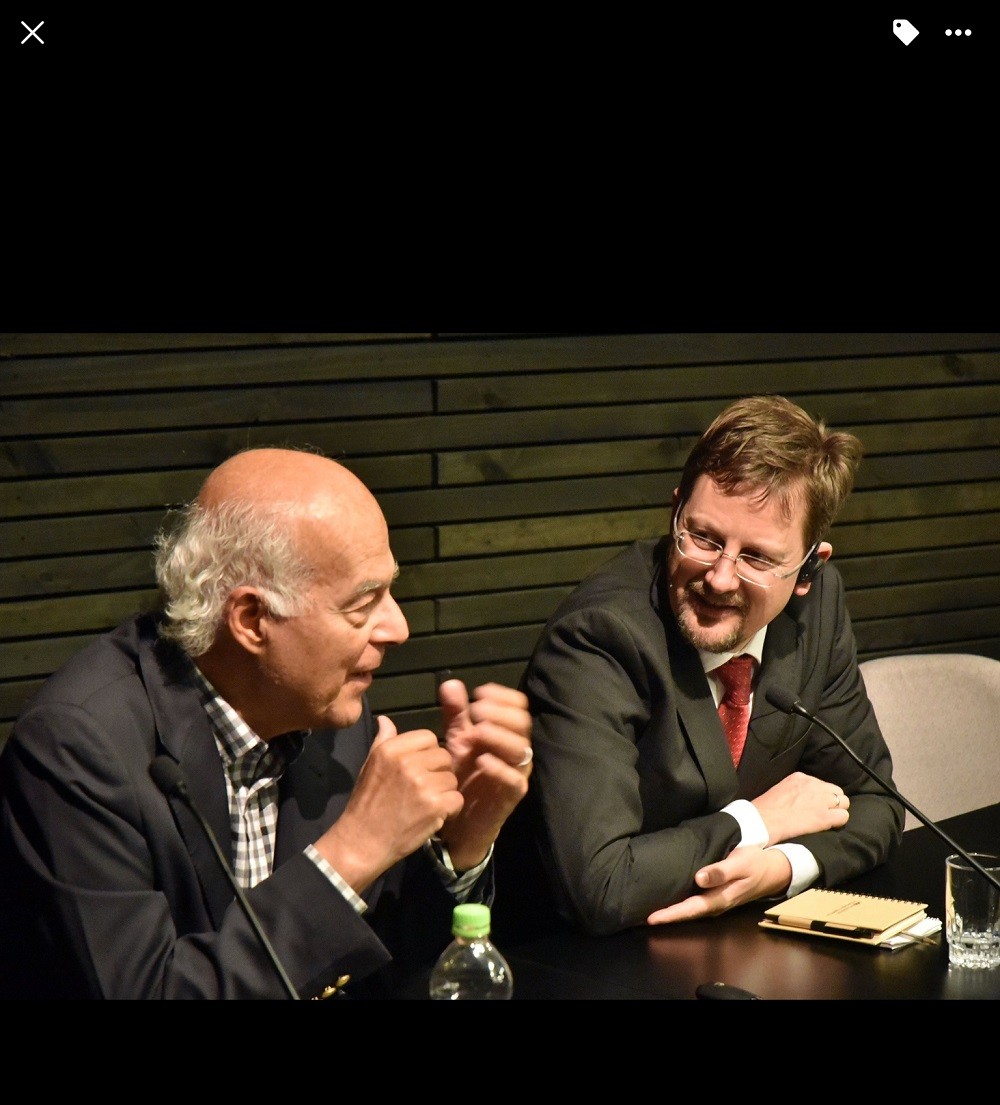 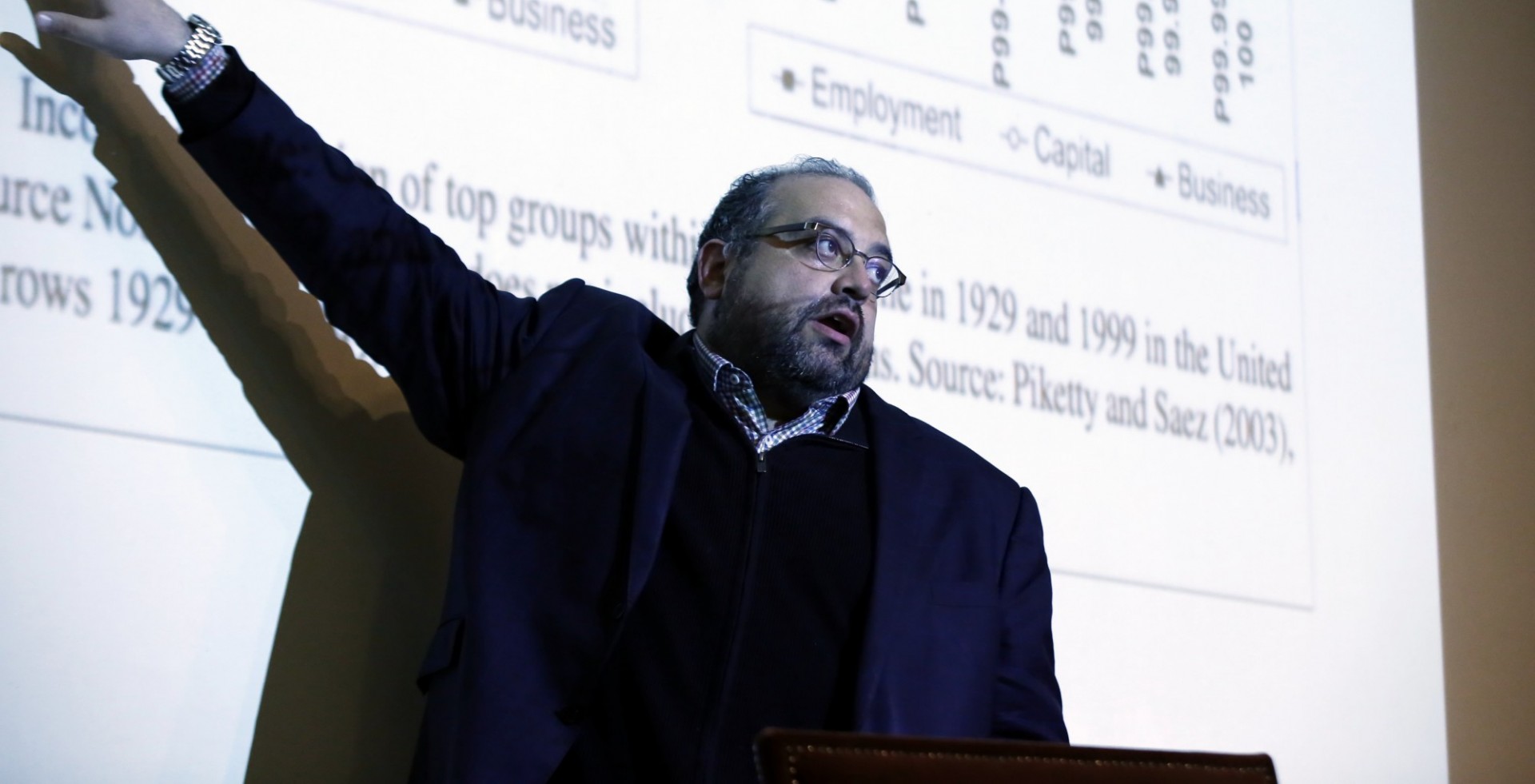 The Santiago Center has been extremely active in promoting discussion of public policies, both in the international and national contexts. In past years, it organized a series of programs, including lectures and public presentations; in the more recent context, it has developed online courses, discussions and webinars.

Indeed, how governments plan for and respond to certain situations has been under the spotlight ever since the Covid-19 pandemic erupted onto the world stage. The issue came to the fore not just in response to this health matter and its resulting controversy: there were concerns regarding US policies as well as questions over the country’s leadership and how this would reverberate throughout the world. Meanwhile, on a more regional basis, Chile confronted issues regarding its national charter and its place in the worldwide order, while Peru was struggling with country-wide protests and a national leadership crisis. Other countries in Latin America were faced with the dilemma of how to best respond to the health crisis while keeping the economy – and the most vulnerable in it – afloat. The Santiago Center sponsored webinars regarding all of these issues.

Events have included a co-sponsorship with the Institute of Latin American Studies (ILAS) in examining Covid-19’s impact on crime, state weakness and criminal governance in Latin America; a review of Argentina's sovereign debt crisis, featuring Martin Guzman, Minister of the Economy; and an analysis of protests in Chile and the subsequent process to rewrite the constitution, to name a few.

Conversation on the Middle Eastern Conflict

Discussion on US politics

Columbia Business Alumni Club of Chile Votes to Renew its Board

Book Presentation on the Role of Development Banks

Exclusive for Columbia Alumnae: Scholarship for Women in Leadership Program

Columbia Presence in Conference on Gender Equality in the Energy Sector

The conference featured four panels focusing on the urban and architectural policies implemented in Chile’s capital city between 1977-1990.

In the New York Times: Op-ed by Columbia Researcher Working in Chile

Marisol Alarcón (MPA-DP ’13) received the annual “Social Entrepreneur of the Year” award granted by Sábado magazine and the NGO Sistema B.

During a two-day gathering in New York, more than a hundred students, scholars, and researchers met to address the most pressing topics currently at the top of Chile’s public policy agenda. This annual event, in its fourth version, was hosted by Columbia and New York University (NYU) and sponsored by the Santiago Center.

Every year, millions of individuals suffer from acute stroke, the second leading cause of death globally, as well as other neurological emergencies. Stroke, severe traumatic brain injury, subarachnoid hemorrhage, and spinal cord injury all cause significant morbidity and mortality. Often in resource-limited settings, delays in diagnosis and appropriate management lead to poor outcomes such as death or permanent and significant neurological deficits.

Maggie Hopkins, Program Coordinator at the Columbia’s Business School’s Entrepreneurship and Competitiveness in Latin America program (ECLA) traveled to Chile in mid-August to meet with local entrepreneurs and start-ups interested in applying to the program.

Esteban Calvo, member of the Columbia Aging Center (CAC) faculty, adjunct assistant professor of epidemiology at Columbia University, and professor of public policy at Universidad Diego Portales in Chile, was part of a three-member group that was awarded funds by the CAC to develop aging science. Their project, titled “Aging well with alcohol?

On November 19, Chile will hold Presidential and Congressional elections. In early July, two of the three main political coalitions, the center-right alliance Chile Vamos and the leftist partnershipFrente Amplio, held primaries to select their presidential candidates, a process in which former President Sebastián Piñera and journalist Beatriz Sánchez were elected, respectively.

During the last few years, Chile has been hit by record-high temperatures and an ongoing drought. This combination, which has had a strong impact in the agriculture sector, was a key determinant behind the wave of wild fires that struck the Central-South of the country last January.

Recent scandals involving corporate misconduct both globally and in Chile have increased mistrust in business among investors, consumers and the community in general. In mid-May, the Santiago Center organized a conference entitled “Corporate Governance and Corruption: Global Trends and Local Challenges”.

The Future of Chile's Copper Industry

Chile is the largest copper exporter and holds the world’s greatest proven reserves. However, the industry is facing several challenges: Production fell 3.9% in 2016 because of weak international commodity prices, lower productivity rates, technical challenges, higher labor costs, and increasing conflicts between companies and the communities in which they operate.

Thomas DiPrete´s Lecture on Gender Gap in Sciences and Engineering

Thomas Di Prete, Giddins Professor of Sociology, and Co-Director of the Institute for Social and Economic Research and Policy at Columbia University, visited Santiago and spoke on Gender Inequality in STEM Education in an event organized by the Santiago Center, Comunidad Mujer, COES, and the School of Economy and Business of the University of Chile.

Strengthening the participation of women in the clean energy revolution that Chile is experiencing, as well as promoting their inclusion in leadership positions within the sector’s companies, universities, government, and non-profit institutions, was the main objective of an extremely successful workshop organized by the Santiago Center in conjunction with the Chilean Renewable Energy Association (ACERA).

The Insidious Harm Of The Turn On Immigration

The cost of the Trump administration’s abrupt changes in immigration policy, to individuals and families, to companies and communities, and to our nation’s standing as a place of tolerance and opportunity, are enormous. Far more sinister than travel bans and policy changes is the undeclared, and now seemingly common, practice of profiling on the basis of religion and origin.

The Future of Copper Mining

Global Symposium Mental Health and Substance Use: Priorities for Practice and Policy

Columbia Global Center, Santiago
9:00 AM - 10:30 AM
Event time is displayed in your time zone.

The Neuroscience of Inequality: Does Poverty Show Up in Children's Brains?

Challenges of Globalization for Emerging Economies

Political Outlook for the United States

The Spread of Suicide and Possible Ways to Contain it

On Campus Event: The Unraveling Of Latin America?

Populism as a New Form of Government

Political Coexistence in the Era of Rights