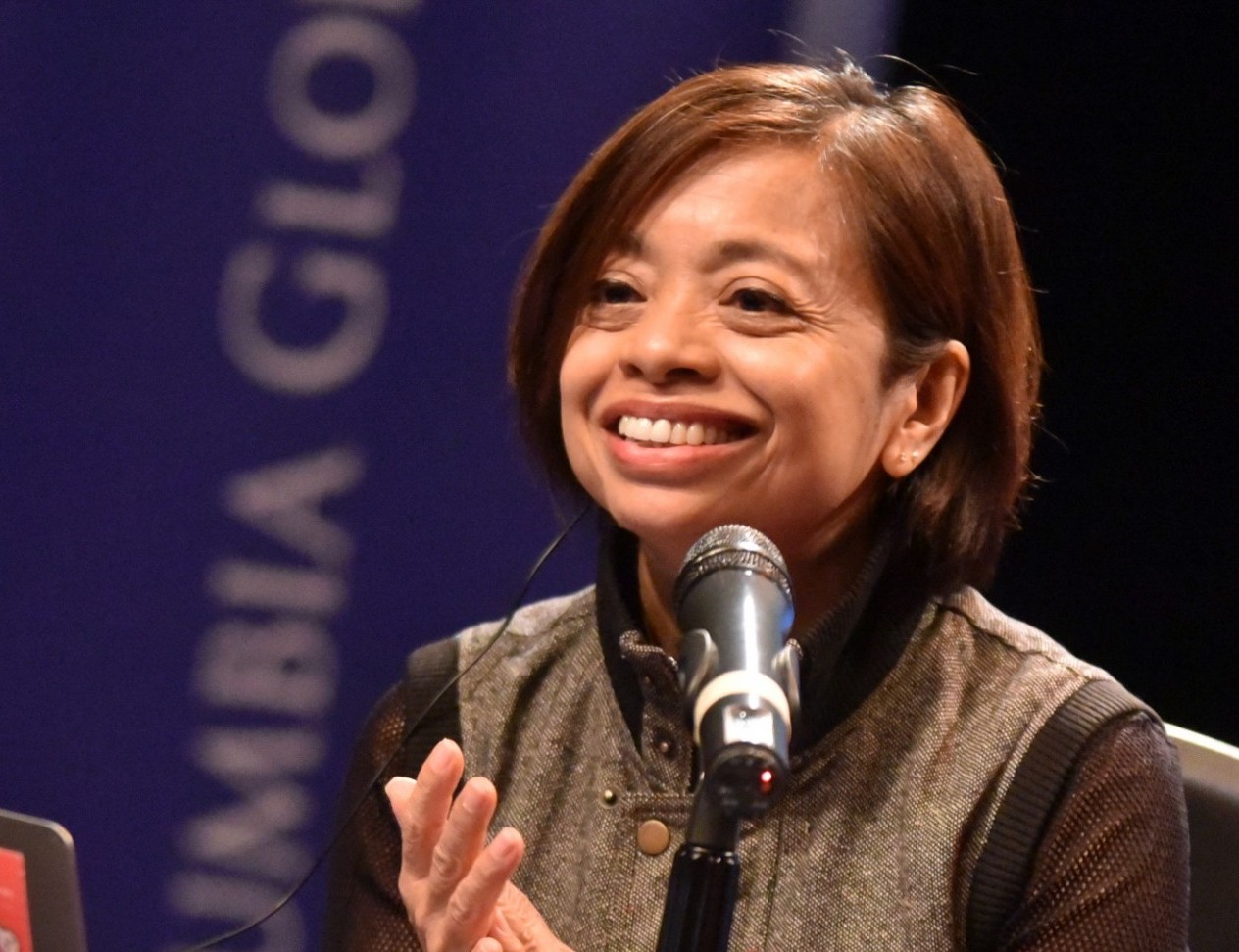 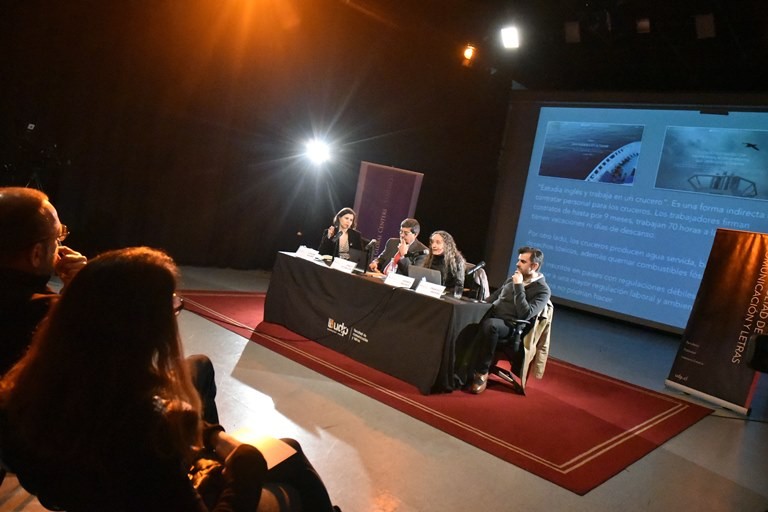 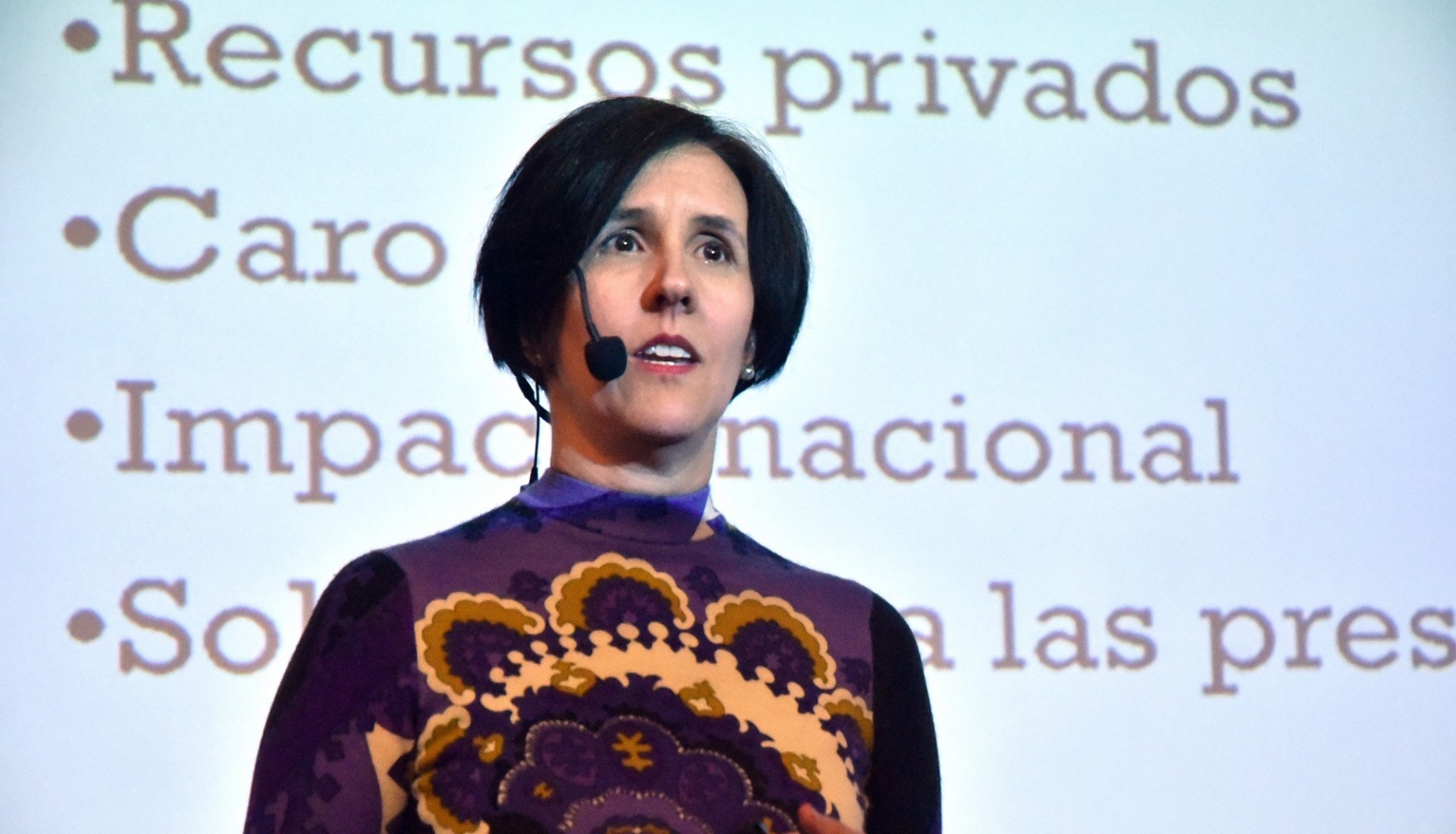 Since 2016, the Santiago Center has worked with Columbia University’s School of Journalism and the Journalism School at Chile’s Universidad Diego Portales (UDP) to offer a series of conferences and workshops on “The Future of Journalism.” In addition, it has supported Chilean professionals by granting fellowships to participate in courses on investigative journalism.

In May 2019, Sheila Coronel, Director of Columbia University’s Stabile Center for Investigative Journalism, traveled to Chile to speak on How Investigative Journalism is Changing to Respond to Populism, Propaganda and Misinformation. "In a world where news reports are increasingly questioned amid flourishing fake news and misinformation campaigns on social media, ensuring a robust and healthy press is vital to the strengthening of democracy", she said in the conference.

Also, in March 2019, two Chilean journalists participated in the third version of the Investigative Journalism Course in Cartagena de Indias, Colombia, offered by Columbia Journalism School in association with Fundación Gabriel García Márquez para el Nuevo Periodismo Iberoamericano (FNPI). Ignacia Velasco Ibáñez, who works at Robot LaBot, and Jonathan Flores Belmar, who reports at BioBioChile, were awarded a scholarship by the Santiago Center to participate along with 15 other journalists from nine countries in Latin America. They learned investigative reporting techniques and methodologies from leading journalists in Latin America. The course was led by Ernest Sotomayor, Dean of Student Affairs & Director of Latin America Initiatives at the Journalism School.

During 2018, we held public events in the context of this ongoing series. In May 2018, Marina Walker, who directed the Pulitzer Prize-winning Panama Papers journalistic investigation, visited Chile for two days of workshops, lectures and press appearances. Also, Todd Gitlin - US activist, teacher and intellectual, and chair of the Columbia University School of Journalism's Ph.D. program in Communications – presented on “Journalism, Social Movements and the Reshaping of the Public Sphere."

Documenting Death: A Celebration of Life

Fellowship for a Course on Investigative Reporting in Cartagena de Indias

The Santiago Center in conjunction with Columbia University’s School of Journalism invites journalists working in Chile to apply to a fellowship that will cover tuition and travel expenses to participate in a course on Investigative Journalism for Latin America held in collaboration with the Gabriel García Márquez Foundation for New Ibero-American Journalism – FNPI.

Discussion on the Challenges of Investigative Journalism

The Panama Papers and the report “Vacations in no Man’s Sea” were portrayed as two examples of serious, thorough and uncompromising investigate reporting, as well as of good instances of joint-collaboration between media outlets and journalism schools, in an event featuring Ernest Sotomayor, Dean of Student Affairs & Director of Latin American Initiatives at Columbia School of Journalism.

Radio Ambulante is an award-winning Spanish language podcast, distributed by NPR, which uses long-form narrative radio journalism to report on Latin American and Latino stories. Since its creation in 2012, it has covered themes, events, and people from all over the continent in a groundbreaking, unique audio sequence that includes reporters’ descriptions, interviews, dialogues, and realistic backdrop sounds.

On November 19, Chile will hold Presidential and Congressional elections. In early July, two of the three main political coalitions, the center-right alliance Chile Vamos and the leftist partnershipFrente Amplio, held primaries to select their presidential candidates, a process in which former President Sebastián Piñera and journalist Beatriz Sánchez were elected, respectively.

Columbia JSchool on the Road: Santiago

The Future of Journalism Series: "Journalism, Social Movements And The Reconfiguration Of The Public"

Journalism, Power and Fake News: A Perspective from Latin America

How Social Media is Threatening Democracy