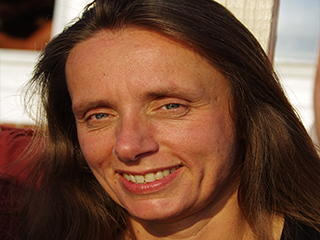 Dust plays multiple roles in the climate and environmental system. It actively influences climate (e.g., through blocking solar radiation or fertilizing the ocean), and it feeds back on the climate system (e.g., by accelerating melting of glaciers due to darkening the glacier surface). Third, exposure to fine particulate matter of natural or anthropogenic origin has tremendous impacts on human health, including increased risk for human morbidity and mortality. Elucidating the role of dust in human and ecosystem health requires an interdisciplinary approach involving scientists from the earth, climate, atmospheric, agricultural, public health, modeling and other science disciplines.

I will organize a workshop at the Columbia Global Center in Santiago de Chile that will bring together earth scientists and public and environmental health scientists from Columbia University and from the Chilean science community to discuss the societally relevant problem of climate and health impacts of dust and other aerosols of natural and anthropogenic origin. The workshop will be designed to allow for a productive exchange between Columbia University-based scientists from Lamont-Doherty Earth Observatory and the Mailman School of Public Health, respectively, and our Chilean counterparts from three key Chilean universities (Universidad de Chile, Pontificia Universidad Católica de Chile, and Universidad de Concepción). The workshop will serve as a platform to connect a diverse group of scientists from the earth and public health science community from both countries and stakeholders with the aim to develop specific areas for scientific collaboration related to climate and health impacts of dust and to develop seeds for enhanced collaborations, including ways in which mutual student and early career researcher involvement can be fostered.