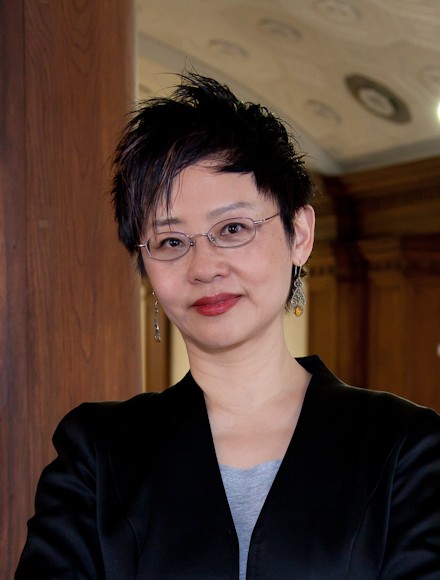 Lydia H. Liu
Wun Tsun Tam Professor in the Humanities; former Director of the Institute for Comparative Literature and Society

Lydia H. Liu is the Wun Tsun Tam Professor in the Humanities and former Director of the Institute for Comparative Literature and Society. Her research centers on modern China, cross-cultural exchange, and global transformation in modern history, with a focus on the movement of words, theories, and artifacts across national boundaries and on the evolution of writing, textuality, and media technology.

Professor Liu teaches courses on modern Chinese literature and culture in the Department of East Asian Languages and Cultures and offers graduate courses on comparative literature, critical translation theory, and digital media at the Institute for Comparative Literature and Society.

She is the author of The Freudian Robot: Digital Media and the Future of the Unconscious (University of Chicago Press, 2010); The Clash of Empires: The Invention of China in Modern World Making (Harvard UP, 2004); and Translingual Practice: Literature, National Culture, Translated Modernity (Stanford UP, 1995). Her other books include Tokens of Exchange: The Problem of Translation in Global Circulations (editor, Duke, 1999); an edited volume in Chinese called The Global Order and the Standard of Civilization (Beijing Sanlian, 2016) which appeared in Korean edition translated by Tae-Geun Cha (Gyoyudang Press) in 2022. Her co-edited volume The Birth of Chinese Feminism with Rebecca Karl and Dorothy Ko (Columbia UP, 2013), is on the New York Public Library’s list of Essential Reads on Feminism.

More recently, Professor Liu has published the following articles/book chapters: “Wittgenstein in the Machine” in Critical Inquiry (Spring 2021); “The Incalculable: Thoughts on the Collapse of the Biosecurity Regime” in Critical Inquiry (Winter 2021); “Das Digitale in der psychischen Maschine “in Technosphäre (Berlin: Matthes & Seitz, 2019); “Die Erfindung des Freud’schen Roboters,” Springerin, no.4 (2019), and “The Gift of a Living Past” in Ashis Nandy: A Life in Dissent (Oxford UP, 2018); “The Battleground of Translation: Making Equal in a Global Structure of Inequality,” Alif: Journal of Comparative Poetics, 38 (2018).

As a creative writer, she published The Nesbit Code in Chinese with Oxford University Press in Hong Kong that won the 2014 Hong Kong Book Award.

Professor Liu was the recipient of a Guggenheim Fellowship (1997–1998) and a fellow of the Wissenschaftskolleg in Berlin (2004–2005); a member of the Institute for Advanced Study in Princeton (2018-2019). In 2021, she was elected to the Executive Committee of the International Council for Philosophy and Human Sciences under the auspices UNESCO.