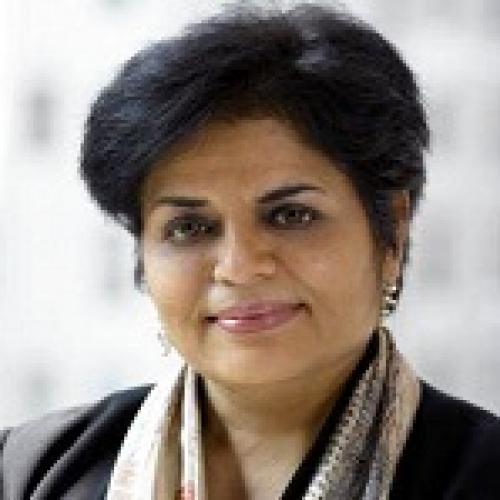 Prior to joining the Columbia faculty on January 1, 2013, Vishakha Desai spent 22 years at the Asia Society, an educational organization dedicated to promoting mutual understanding and strengthening partnerships in Asia and the United States, the last eight years as its president. She steered the organization to significant growth in its education, art, business and public policy programs, including the establishment of a Center on U.S.-China Relations and major new facilities in Houston, Hong Kong, South Korea and India. Asia Society’s global reach now includes a presence in 11 cities in Asia and the U.S.

A visiting professor at Columbia in 1995-96, Desai has taught at Princeton University, Williams College, Boston University, College of Charleston and the University of Massachusetts, Boston. In addition to early work in education and public programs at the Brooklyn Museum and the Cleveland Museum of Art, she was assistant curator of Indian, Southeast Asian and Islamic Collections at Boston’s Museum of Fine Arts. She has published catalogs of major exhibitions and holds five honorary degrees.

Born in India, Desai received her B.A. in political science from Bombay University and her M.A. and Ph.D. in art history from the University of Michigan. She joins a group of scholars and administrators at Columbia focused on enhancing faculty research and student learning that cut across traditional academic boundaries and national borders—both on its home campus in New York and at recently established Columbia Global Centers around the world.