Marjery Arent Safir, founder and director of The Arts Arena, led a rich conversation in which Robert Wilson discussed his artistic process and his stark use of lighting and sound. Baryshnikov cautioned the audience against believing anything he says and Dafoe declared that Safir’s questions were better than any answers he could provide. 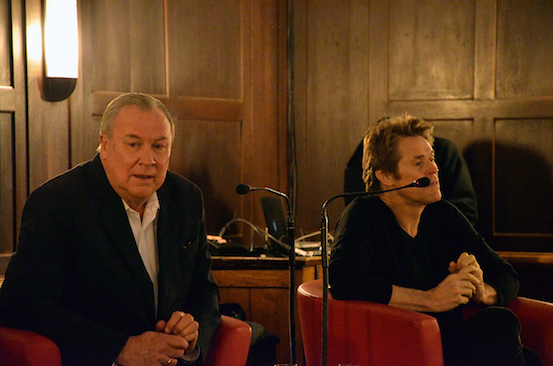 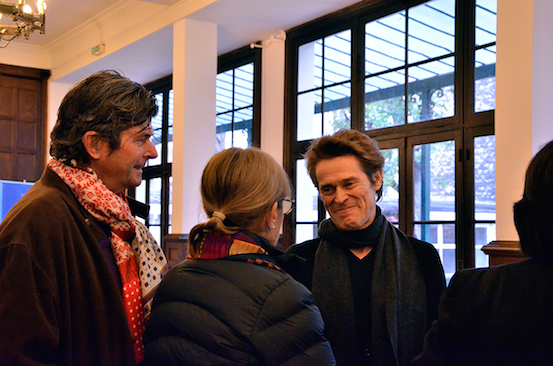 Willem Dafoe speaking with the public

This was the perfect set up for Kharms’ surrealist play “The Old Woman” in which a dead, old woman pops up in the most improbable places. In an intensely colorful setting, the protagonists inhabit a world where the absurd and the illogical are commonplace and time has lost all meaning. Both Baryshnikov and Dafoe expressed their enthusiasm at pushing themselves further artistically and at expanding their creative horizons in the course of this collaboration. In response to a question from the audience, Wilson attributed his success in France to its sustained support of the arts in the last half century.