When Columbia University professor John Dewey and his wife Alice arrived in Shanghai on April 30, 1919, it was an important period in China's history. Just days later, student began demonstrating in the streets of Beijing, then known as Peking, in protest against the handover of Germany-controlled areas in Shandong Province to Japan, and they fired up Dewey, who championed democracy.

Dewey, who had come on the invitation of Peking University, stayed on two years, during which he gave nearly 200 lectures, advocating educational and social reforms and urging Americans to support the transformation.

To mark the 100th anniversary of the visit, a seminar with more than 85 attendees at the Columbia Global Centers | Beijing, on January 20 discussed Dewey's lectures, books and contribution to education reforms in China.

Dewey also left a profound mark on several Chinese thinkers who had studied with him or in the United States and later became renowned educators and reformers, such as Hu Shih, Chiang Monlin, and Tao Xingzhi.

"Tao not only put Dewey's ideas into practice, he went further, applying these theories to China's unique reality at that time," Chu said. "His career in China as a liberal educator was not a derivative of John Dewey, as some have alleged, but creative and adaptive."

Zou Xinming, a librarian at Peking University, listed 53 books and articles Hu Shih had read about Dewey as an example to show how Chinese scholars were influenced by Dewey.

Two more commemorative seminars are scheduled on March 23 and April 28. The first will be on Dewey's impact on China's educational institutions; the other will be an exclusive academic conference. 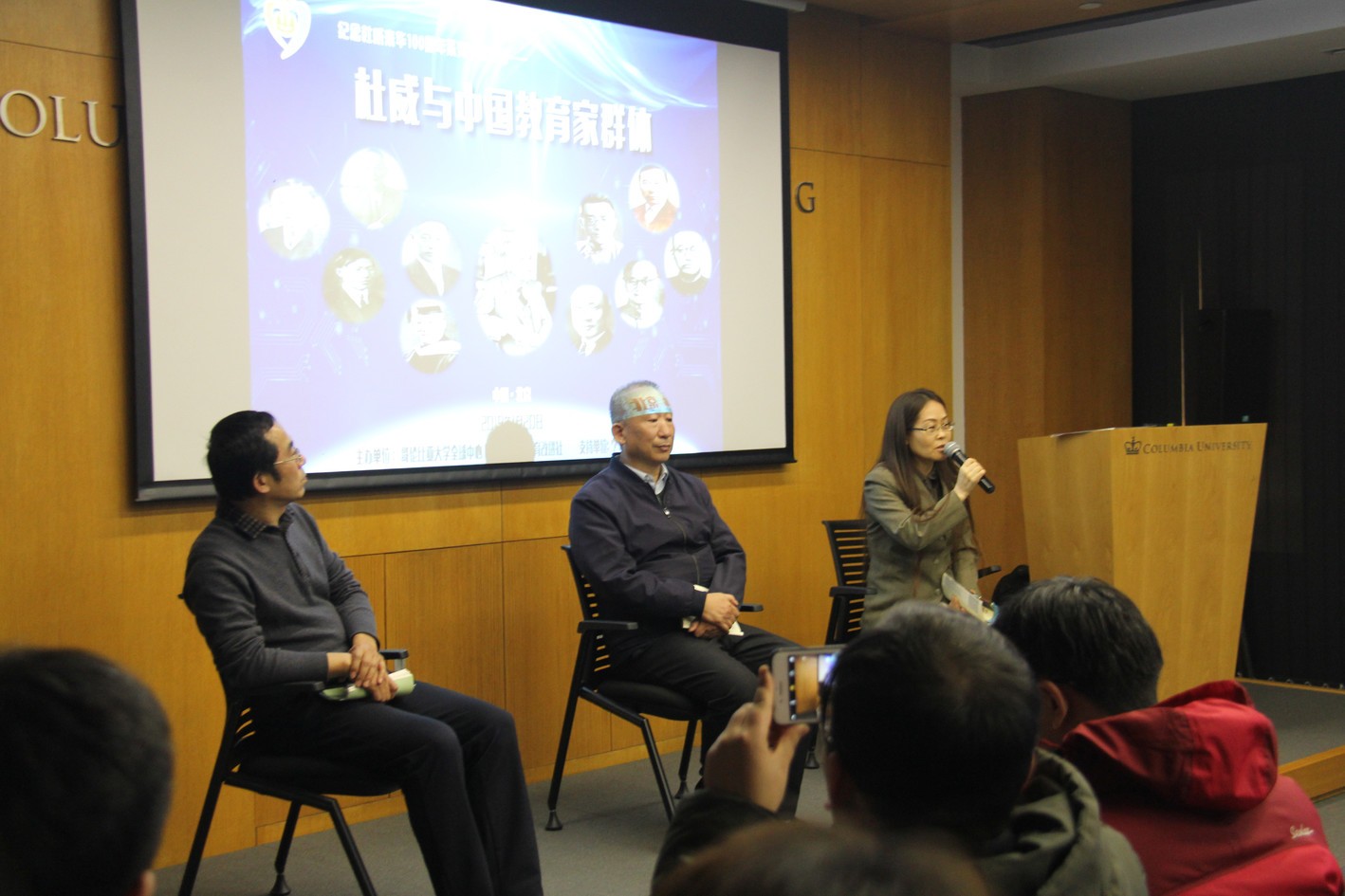 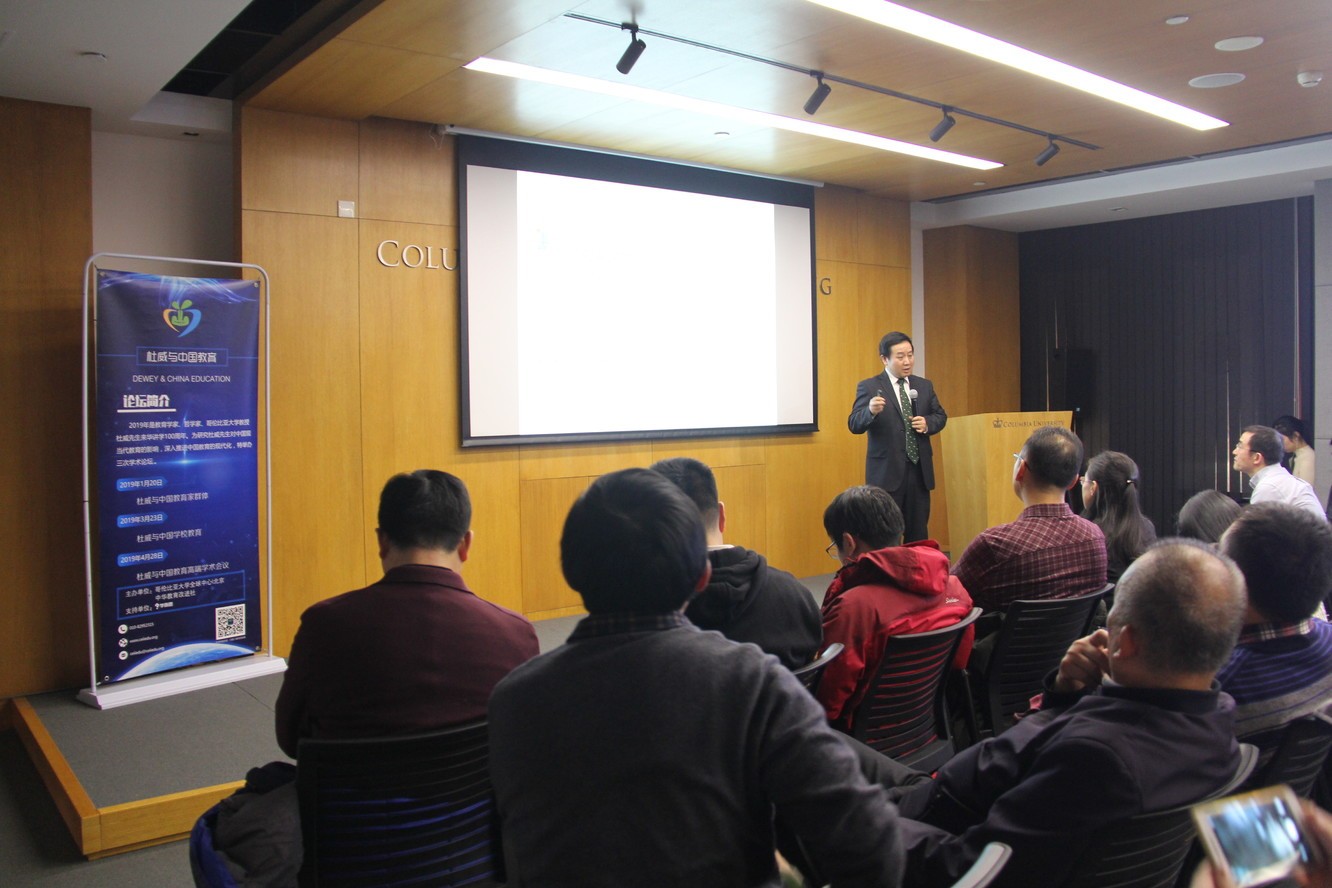