Literature and translation lead to full audience in Rio, São Paulo and Paraty

Pursuing a career in literary translation is much more about creativity and sensibility than one might have thought. This is what Professors William Wadsworth, Administrative Academic Director of the Creative Writing Program at Columbia University’s School of The Arts, and Paulo Henriques Britto, from the Literature Department of Pontifical Catholic University of Rio de Janeiro, expressed during their talk on the Master Class “Word for word: Creative Writing and Literary Translation”, held at Estação das Letras (Rio de Janeiro) on July 6th. The event was the last stop of a week-long trip led by the Creative Writing professor and poet Bill Wadsworth through São Paulo, Rio de Janeiro with a participation in the Literary Festival of Paraty (known as FLIP).

Organized by Columbia Global Centers | Rio de Janeiro and Columbia University School of The Arts, the visit aimed to open gates for partnerships in programs with local institutions in the field of culture and arts. After the tremendous success of the exploratory trip led by Dean of Humanities Sharon Marcus last year, and the already consolidated TV Writing Intensive Program in Rio, this time the goal was to expand the existing network of institutions and collaborators in arts and cultures to enable programs that promote exchanging of works, students and faculty and to shape new educational programs both on campus and in Brazil. One of the results of this trip are scheduled for next fall when faculty in the Creative Writing/Translation program will return to offer a workshop in São Paulo and Rio. But the ultimate goal is to really open the School of the Arts for a more comprehensive exchange, and to include Latin American literary genres in the curriculum. The crônicas -  a literary style known to have influenced enormously the narrative of writers like Machado de Assis, in Brazil, and Latin American canons like José Martí (in Cuba) and Salvador Novo (in Mexico) is still new to the writing program, and it can end up taught at Columbia next Spring. The more immediate result of the tri, however is to shape the program “Word for Word”, a public translation initiative designed by Literary Translation at Columbia (LTAC) that pairs writers in different languages to engage through the medium of literary translation in an experience of cross-cultural collaboration in collaboration with a Brazilian writing program as well. As professor Wadsworth pointed out: "to be more inclusive and to really promote the exchange between young writers in both countries".

There were three public events and more than twenty meetings established during the trip, made possible by Global Center Rio and the School of the Arts. Over 200 people attended the events, mostly young writers and students. In São Paulo, where professor Wadsworth participated of a debate at Instituto Vera Cruz with two Columbia University School of the Arts alumni - a Brazilian and an American - the conversation focused on the different career for professional writers in both countries. According to Alicia Meier - who runs Word-for-Word in New York, and has recently won a Pen Award for the translation of a novel from Catalan "it is time to include non-canonical languages in programs and increase the number of translations from countries with established, yet unknown, literary cultures in the US".

In Paraty, during the most prestigious literary event in the country, the conversation focused on the "dimensions of creativity", the topic of a panel  presented at Casa da Liberdade, by Wadsworth and Daniella Diniz, PhD in Latin American Cultures and Program Manager at Columbia Global Centers | Rio de Janeiro. According to him: "there are as many faces of creativity as the billions of people who live in the world. Creativity's uniqueness is the attempt to create art through a method that can re-humanize our lives". The practical examples of creativity as means to transform and engage locally through collaborative networks were made clear by Daniella, who has been part of the Columbia Global Centers team since the launch of the Rio center in 2013. For her, the role of higher education institutions today is somehow to borrow from the arts the inspiration and the method to foster the openness. As platforms of knowledge that bridge the gap between academia and society: "initiatives like the international education projects of Ivy League universities have a lot to learn from the arts and should play a role in re-humanizing relationships." She concluded: "It is time for education to highlight what culture has to offer and to engage with the individuals in making its uniqueness universal for societies".

In Rio, the conversation was taken to PUC-RJ and Instituto Moreira Salles. An event at Estação das Letras - a local creative writing school - gathered students and writers to discuss translation and literature in both American and Brazilian cultures. Commenting on the lack of interest for translation, Paulo Henriques Britto - the most important translator of literary works from the anglophone world into Portuguese - stressed that being proficient in other languages impacts in the quality of the writer’s work: "everyone today speaks more than just one language". For him, writing is regaining importance through messaging and other means of communication: "We lost for a century an enormous amount of data and information by the mere fact we were speaking on a telephone, now we are gaining back the power of writing". Discussing the importance of the translation for the writer’s work, Britto took his own experience as a “Portuguese language speaker” to illustrate how fruitful it can be to get involved with translation: “when we speak a minor language and realize there are others in the world, it becomes clear we are part of a huge diversity. Speakers of a minor languages are translators in nature.”

As both Professors are artists and educators, they were asked what it means to be a poet and if there is such thing as a “poet's perspective” when it comes to understanding and interpreting the contemporary world. Paraphrasing Vinicius de Moraes, the remarkable Brazilian composer, poet and diplomat, Wadsworth answered that "poets are no different from other people, except from the fact that they have more anxiety towards language”. He added "The moment when we look at people as a consumer market and not as a unique collective of individuals, we are not poets any longer”. 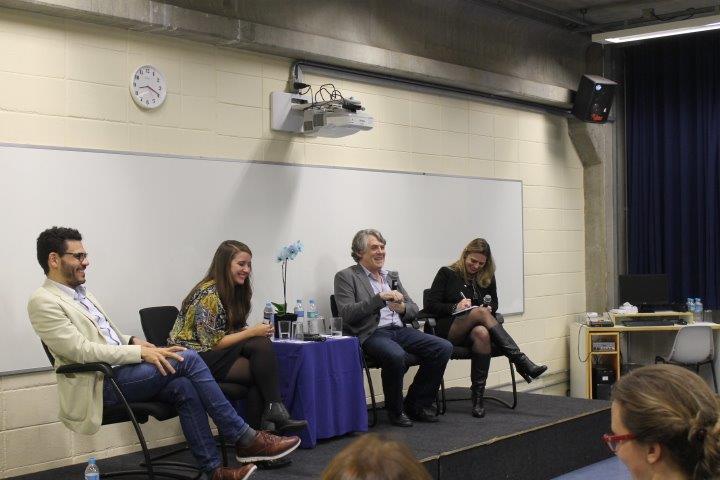 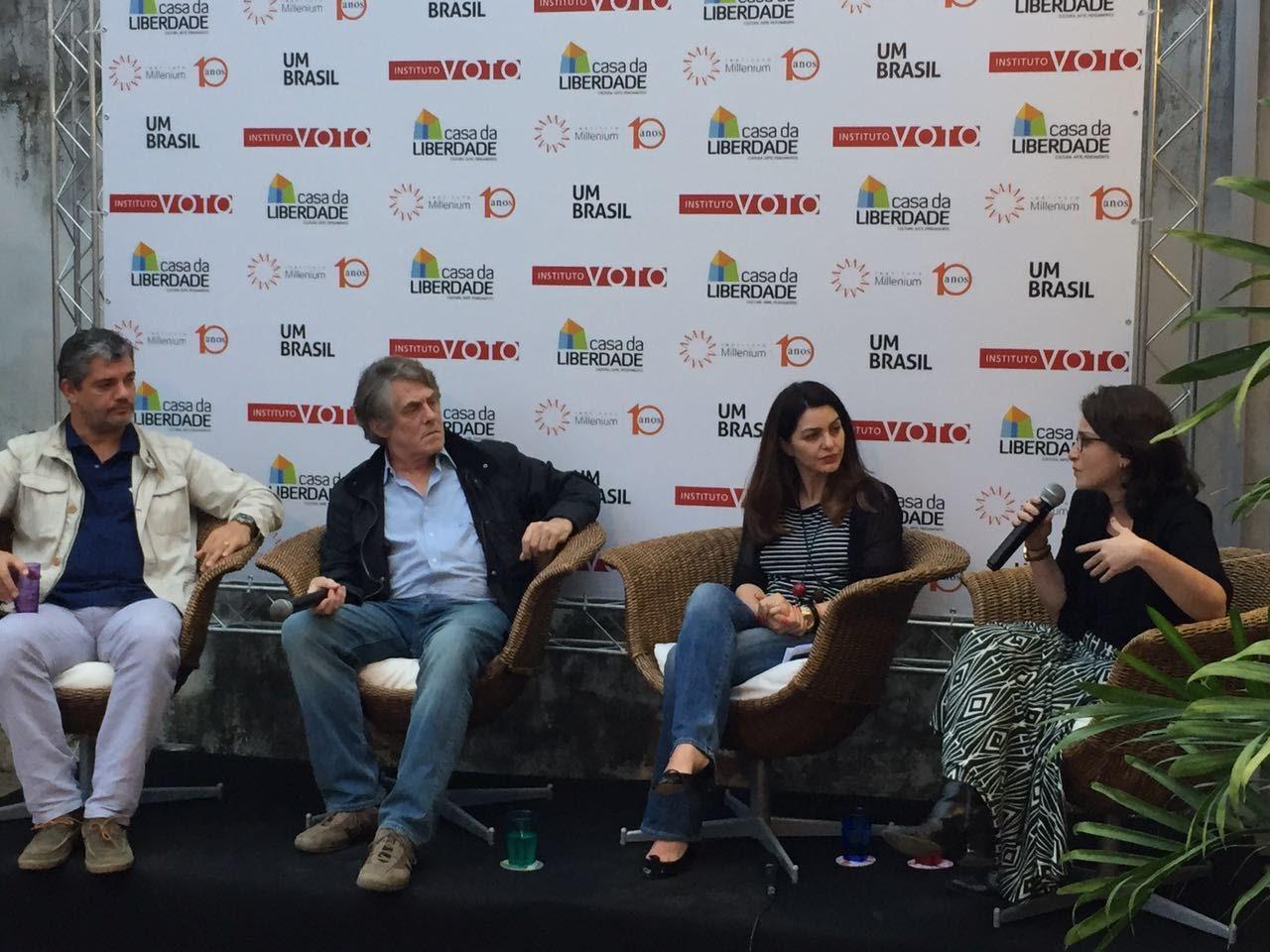